′You can′t turn Greece into Sweden overnight′ | Europe| News and current affairs from around the continent | DW | 24.02.2015

Greece is on the right path, says Brussels economic expert Guntram Wolff - even if it's painful. But he warns that there could still be a "big bang" with more trouble ahead. 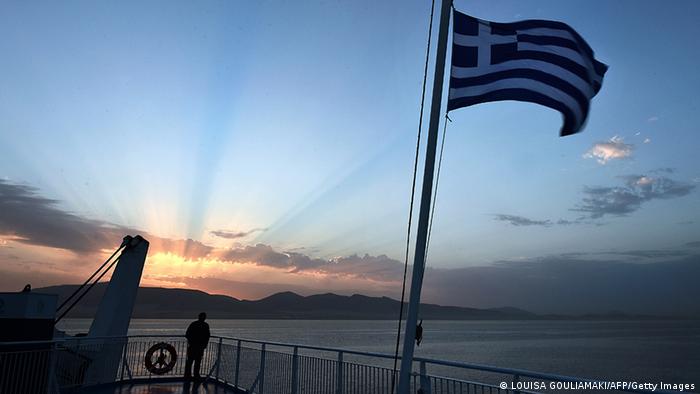 DW: The Greek government pledges on its list of reforms that it will tackle corruption and tax avoidance. Isn't that something we should take for granted?

Guntram Wolff: Of course, it's understood, but it's a good thing that the new government is stressing the fact. Tax avoidance is a big problem. The fact that it was mainly up to the middle class rather than stronger shoulders to carry the tax burden is another big problem. In that respect, it's the right approach. But, of course, the question is, how much can they achieve? The previous government made a few half-hearted attempts, but it regularly failed - partly because there was too much pressure from the strong shoulders, partly because the previous government itself was financed by the oligarchs. Tackling this issue is different for the new government, which has a broad support base. In addition, it's a leftist topic. But it's also important to work together on a European level. Tax avoidance is by no means only a Greek problem, it's a European problem.

Does that mean Europe could help the government in Athens to track and tax the money that rich Greeks have hidden abroad?

Yes, I believe that should be part of the package. Some of the accounts are in Switzerland, but of course, the EU can put its foot down more forcefully than Greece can.

Greece has been the recipient of aid for years, and now lenders are examining what requirements the country has actually complied with. To this very day, Greece doesn't have a single land registry office. Why didn't the creditors insist on that long ago? 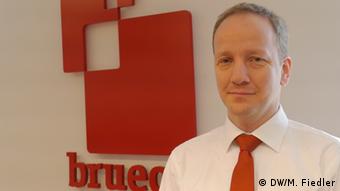 Keep an eye on the reforms, but give Greece a chance, Guntram Wolff says

I believe they already have. But you have to bear in mind that reforming a country from the outside is a Sisyphean task. In the end, it depends on what the Greek governments want to do. In the past years, Greece focused all its political energy on getting a handle on the deficit. In that respect, the Greeks have actually been quite successful. And then, the political strength and will power were simply no longer sufficient to solve all the other there problems. We must be realistic: You can't turn Greece into Sweden overnight.

Is Greece a special case? Ireland, Portugal, Spain and others managed to restructure, and others are working on it. Why is this so difficult for Greece?

You can't compare Ireland and Greece. Ireland is a modern economy with good labor markets and well-trained workers, and it is a highly attractive location for international businesses. Ireland actually got into trouble because of a real estate bubble and not because of structural economic weaknesses. Once the problem with the real estate bubble had been solved, Ireland returned to the growth path. Greece, on the other hand, has long-term problems with its public finances, the country's deficits have always been too high and at the same time, Greece has a structurally weak economy. So naturally, you run into problems if you try to sort it all out.

What do you predict: will there be agreement on a compromise, and will that be the end of the crisis?

I don't think ending the crisis will be that simple. There will always be minor problems. The mountain of debt is really high, and time and again, the Greeks will hope for debt relief. And structural reforms are a long-term project. So I would say the issue will keep us busy for a few more years.

But, there could also be a 'big bang' that's difficult to predict. All in all, continuing to help the country to a certain degree for the time being seems to be the right move, while at the same time keeping an eye on the reforms and giving Greece a chance. If we don't, the situation could become dire for Greece; in case of a big bang, Europe would count its losses, too.

Finance ministers of the 19-member eurozone countries have endorsed a bailout extension for Greece. Athens had submitted its proposal to prolong the financial rescue plan by four months. (24.02.2015)

What exactly prompted the Greek government to concede is unclear. It doesn't matter. The main thing is that the unnecessary debt dispute is settled, says DW's Bernd Riegert. (21.02.2015)