Finance ministers of the 19-member eurozone countries have endorsed a bailout extension for Greece. Athens had submitted its proposal to prolong the financial rescue plan by four months. 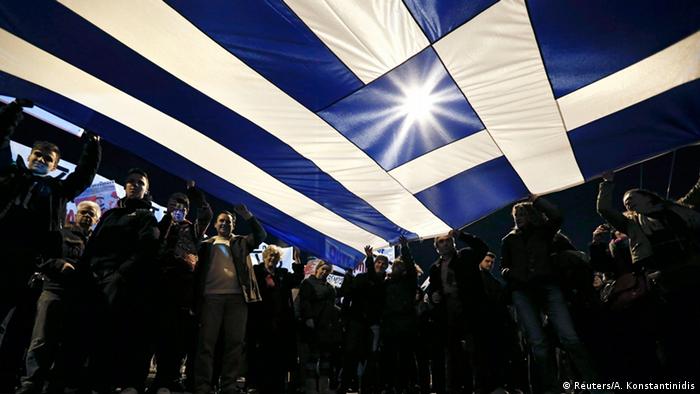 Eurogroup ministers wrote in a statement that they had discussed the first list of reforms proposed by Greece with the European Commission, the European Central Bank and the International Monetary Fund (IMF), who considered these to be a "valid starting point."

"We … agreed to proceed with the national procedures with a view to reaching the final decision on the extension by up to four months of the current Master Financial Assistance Facility Agreement," Eurogroup leaders said, referring to the financial deal with Athens.

In a letter to the president of the Eurogroup, Dutch Finance Minister Jeroen Dijsselbloem, Dombrovskis and Commissioner Pierre Moscovici said the European Commission had carefully reviewed Athens' reform proposals.

Earlier on Tuesday, EU sources said Greece had satisfied the European Commission, the European Central Bank and the IMF with reforms submitted to extend its financial program.

Greece had based its list of reforms on the governing Syriza party's campaign pledge to address the "humanitarian crisis" caused by the harsh austerity measures imposed by the international creditors in exchange for the 240 billion-euro ($270 billion) infusion.