A huge crane has collapsed during load testing at a government-run shipyard in Vishakhapatnam, in southern India, killing several workers. The city has reported several industrial accidents in recent months. 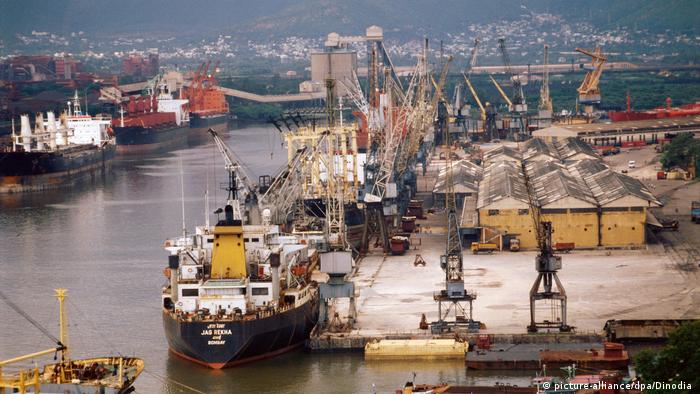 At least 11 workers were crushed to death after a heavy crane collapsed on Saturday at the state-owned shipyard in southern India, police said.

Television footage showed the new crane hitting the ground with full force and breaking into pieces at the Hindustan Shipyard in Vishakhapatnam, a port city in the state of Andhra Pradesh. Police vehicles and ambulances can be seen rushing to the site.

Vinay Chand, a district government administrator, said most of the victims were contract laborers. Five workers were hospitalized with injuries, he said, adding that the crane collapsed on workers who were working on it or standing nearby

The cause of the accident is being investigated, Chand said.

The government-run shipyard is engaged in shipbuilding and repairs, submarine construction, refits as well as design and construction of offshore and onshore structures.

The port city of Visakhapatnam has reported several industrial accidents in recent months.

In May, a gas leak in a South Korean-owned chemical factory close to the port killed 12 people and made more than 1,000 sick.