A new study shows that first cases of coronavirus infections could have appeared in China between October and mid-November 2019 — earlier than the country's official record suggests. 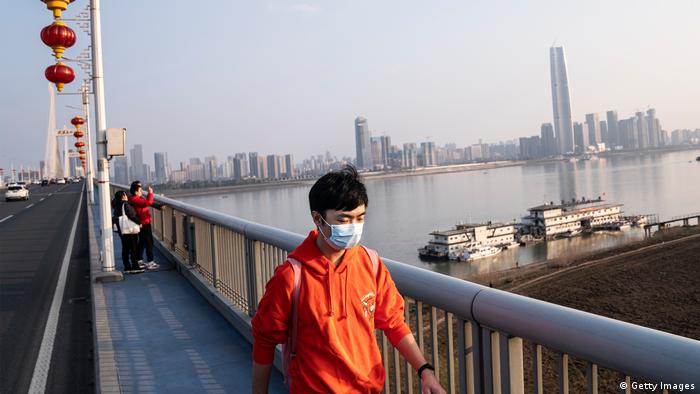 The first cases of COVID-19 could have occurred in China two months earlier than recorded, according to a study published on Friday.

The new data modeling by researchers from Britain's University of Kent used conservation science techniques to approximate that SARS-CoV-2 first appeared from early October to mid-November 2019.

When were the first COVID cases recorded?

The most likely date for the emergence of the virus that causes COVID-19  was November 17, 2019, according to the analysis published in the PLOS Pathogens journal.

China's first official case was recorded in early December 2019, in the city of Wuhan.

It was linked to the central city's Huanan seafood market.

However, experts have long suggested that the virus was circulating between people before it reached the market.

When could the first cases have appeared around the world?

A joint study published by China and the World Health Organization in March this year had also said there could have been some human infections before the Wuhan outbreak.

Friday's study estimated that the virus had possibly already spread around the world by January 2020.

The scientists' calculations show that the first cases outside China could have occurred around January 3 in Japan.