Despite a World Health Organization report ruling out a laboratory leak to have caused the outbreak, scientists believe not enough evidence has been provided on the origins of the coronavirus. 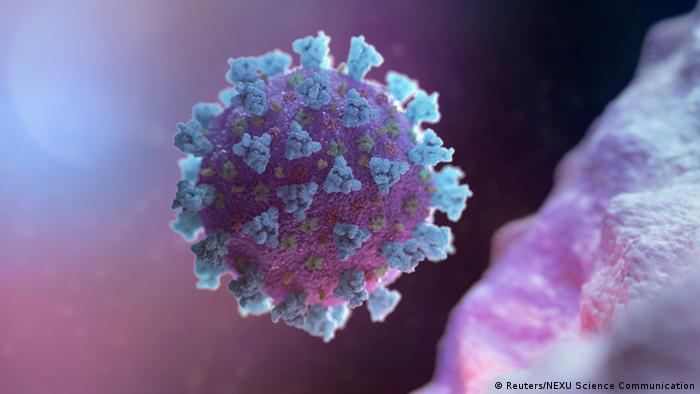 Further clarity about the origins of the novel coronavirus is necessary and possible to reach, a group of scientists said in a letter published Thursday.

A joint investigation by the World Health Organization and China had concluded that SARS-CoV-2 was likely transmitted from bats to humans via a third animal.

The signatories urged further investigation into the origin of COVID-19, adding that the WHO probe had not made a "balanced consideration" of the laboratory-leak theory.

"We must take hypotheses about both natural and laboratory spillovers seriously until we have sufficient data,"read the letter in the journal Science. Unlike other articles in the journal, letters to Science are not necessarily peer-reviewed.

"Knowing how COVID-19 emerged is critical for informing global strategies to mitigate the risk of future outbreaks," the letter's authors wrote.

What did scientists say?

"The investigation should be transparent, objective, data-driven, inclusive of broad expertise, subject to independent oversight, and responsibly managed to minimize the impact of conflicts of interest," the 18 scientists said.

Holden Thorp, the editor-in-chief of Science, called on China to allow for further investigation as he highlighted the rise of anti-Asian racism.

"Demanding transparency from China — while acknowledging the important role of Chinese researchers in tackling the virus — is a nuanced and important task given the discouraging rise of anti-Asian sentiment over the past 18 months," Thorp wrote.

The authors of the letter include Ravindra Gupta, a clinical microbiologist at the University of Cambridge, David Relman, professor of microbiology at Stanford and Jesse Bloom, who studies the evolution of viruses at the Fred Hutchinson Cancer Research Center.

Anti-Asian racism on the rise in Germany

What did the WHO-led probe find?

A WHO-led international expert mission carried out the investigation from January to February 2021 in Wuhan, China, where COVID-19 was first detected.

The report listed several potential outbreak scenarios, with the virus being transmitted to humans through another animal as the most likely. No animal was specified as the middle link.

The report also said "no firm conclusion" was made about the role of a Wuhan seafood market in the origin of the outbreak. The first COVID-19 clusters in Wuhan have been traced to the market.

Is a lab leak possible?

The Wuhan Institute of Virology has been the focus of conspiracy theories that claim the virus somehow leaked from the lab and spread throughout the city.

The WHO team inspected the institute and said there was no record of any virus resembling SARS-CoV-2 in any laboratory before December 2019.

Since the pandemic began, China has come under criticism for allegedly trying to conceal the origins of the outbreak.