Coronavirus: WHO says lab leak 'extremely unlikely' cause of pandemic

Transmission of COVID-19 from bats to humans through another animal is the most likely source of the pandemic, a long-awaited report by the World Health Organization reveals. 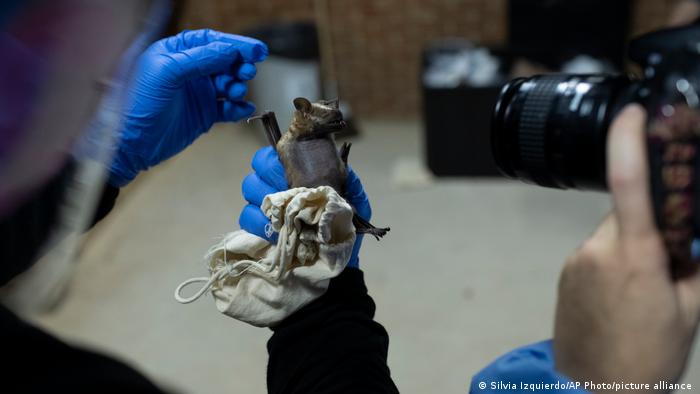 The closest relative of the virus that causes COVID-19 has been found in bats, which are known to carry coronaviruses

A joint study carried out by the WHO and China on the origins of COVID-19 indicates that SARS-CoV-2 was likely transmitted from bats to humans via a third animal.

A lab leak was "extremely unlikely," according to the report released on Tuesday.

The study listed several potential outbreak scenarios by order of likelihood. At the top of the list was animal transmission to humans.

Where does the report come from?

The findings are the product of a WHO-led international expert mission carried out from January to February 2021 in Wuhan, the city in central China where COVID-19 was first detected.

The Wuhan Institute of Virology has been the focus of conspiracy theories that claim the virus somehow leaked from the lab and spread around the city.

Most scientists have already rejected this notion. The WHO team inspected the institute in early February.

The report said that there is no record of any virus resembling SARS-CoV-2 in any laboratory before December 2019, adding that the labs in Wuhan have high safety standards.

The report's long-awaited release has been repeatedly delayed, raising questions about diplomatic wrangling over the findings.

Since the pandemic began, China has come under criticism for allegedly trying to conceal the origins of the outbreak.

WHO coronavirus mission member: 'Don't rely' on US virus intelligence

The World Health Organization's mission in Wuhan ended without finding the source of the coronavirus, prompting criticism from Washington. But experts have found new lines of inquiry, including some proposed by China.