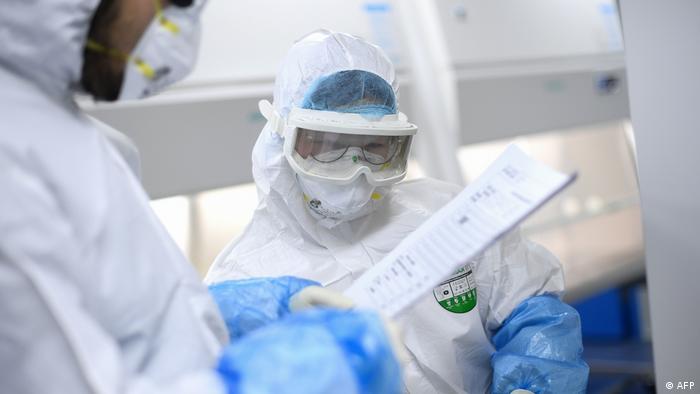 'Reengaging the WHO also means holding it to the highest standards,' said US National Security Advisor Jake Sullivan

The White House on Saturday expressed "deep concerns" about the World Health Organization's (WHO) COVID-19 report on the pandemic's origin.

US National Security Adviser Jake Sullivan said in a statement that it is imperative that the report be independent and free from "alteration by the Chinese government," echoing concerns raised by former President Donald Trump's administration on the issue.

"To better understand this pandemic and prepare for the next one, China must make available its data from the earliest days of the outbreak," he said.

China refused to give raw data on early coronavirus cases to the WHO-led team investigating the origins of the pandemic, according to one of the team's investigators.

The team of international experts had requested raw patient data on 174 cases that China had identified from the early phase of the outbreak in the city of Wuhan in December 2019, as well as other cases.

Chinese authorities, however, only provided a summary, Dominic Dwyer, an Australian infectious diseases expert and a member of the WHO team, told Reuters news agency.

The Trump administration had exited the WHO, alleging the international health body was under Chinese influence.

Sullivan said US President Joe Biden quickly reversed the decision but feels it is imperative to protect the organization's credibility.

"Reengaging the WHO also means holding it to the highest standards," Sullivan said. "We have deep concerns about the way in which the early findings of the COVID-19 investigation were communicated and questions about the process used to reach them."

The Trump administration also said it suspected the coronavirus may have escaped from a Chinese lab, an allegation that Beijing strongly denies.

The WHO mission, which spent four weeks in China probing COVID-19 origins, said it was highly unlikely the virus escaped from a lab.

But after Washington said it wanted to review data from a WHO-led mission to China, WHO Director-General Tedros Adhanom Ghebreyesus said all hypotheses are still open about the pandemic's origins.

"There is a mix of frustration, but also a mix of realistic expectations in terms of what is feasible under which time frame," he said, adding he hoped the requested data would be made available going forward.

The four-week WHO mission to China wrapped up earlier this week with no conclusive findings.

Experts believe the disease, which has killed nearly 2.4 million people worldwide, originated in bats at a Chinese wet market and could have been transmitted to humans via another mammal.

The WHO team said there were no signs of large clusters of COVID cases in Wuhan or elsewhere prior to December 2019. It did not, however, rule out sporadic cases spreading before that.