COVID: Special privileges for the vaccinated? | Germany | News and in-depth reporting from Berlin and beyond | DW | 28.12.2020

COVID: Special privileges for the vaccinated?

The German government has come out against giving those who have received the coronavirus vaccine special rights and privileges. But the business incentive could take the decision out of their hands. 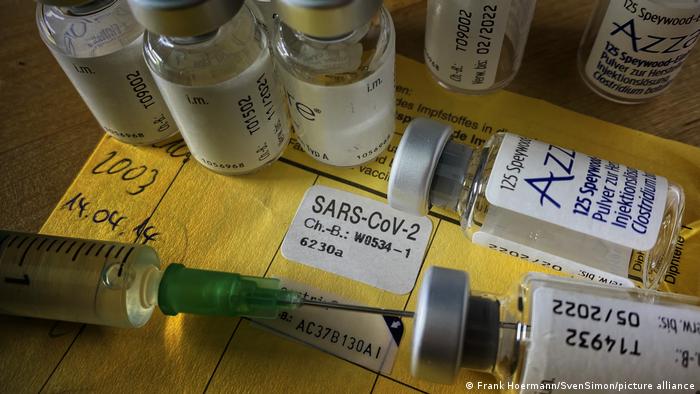 Should a vaccine passport afford people access to flights, restaurants and other venues?

Just 24 hours into the European Union's continentwide rollout of a COVID-19 vaccine, leading physicians and politicians are arguing over its moral and societal implications.

Frank Ulrich Montgomery, current president of the World Medical Association, and Thomas Mertens, virologist and head of Germany's Standing Commission on Vaccination (STIKO), have suggested that people who have been immunized against COVID-19 could one day use a vaccine "passport" to get access to flights, restaurants, concerts, and cinemas.

Montgomery told Deutschlandfunk public radio on Monday morning that though it was too soon to discuss the idea before the vaccine was available to everybody, he would not rule it out in principle. After all, as he pointed out, many countries already do not allow travelers to enter unless they are vaccinated against yellow fever.

Many Germans already have an "immunization passport" that records all vaccines they have had. Moreover, Germany only recently passed a law that requires all children to be vaccinated against measles before they can go to kindergarten or school. Since attending school is obligatory in Germany, that means the country already has a de facto mandatory measles vaccination.

'All I can do is warn against it'

But STIKO chairman Mertens went further, telling Die Welt newspaper that he could imagine a world where businesses could demand proof of COVID-19 immunity before accepting customers.

"These are private agreements made by the restaurant owner, the airline and the concert organizer," he said. "I think something like that is possible. I'm not a lawyer, and at the end of the day lawyers will have to decide."

The German government has repeatedly ruled out making any COVID-19 vaccine compulsory, and, perhaps mindful of the occasionally noisy vaccine skeptics, government leaders have quickly snuffed out thoughts of privileging the vaccinated.

"Politically I have a very clear position on this," Interior Minister Horst Seehofer told the Bild am Sonntag newspaper over the weekend. "As important as vaccination is for all of us: No special treatment for the vaccinated! Distinguishing between the vaccinated and the not-vaccinated would be the same as a mandatory vaccination."

And yet, though he did not say so explicitly, Seehofer tacitly admitted there would be relatively little the government could do to stop companies from making their own policies. "All I can do is warn against it," he said. "Special treatment for the vaccinated would divide society."

Other countries have been in the grip of a similar debate. The United Kingdom, which began vaccinating elderly citizens and front-line health workers in mid-December, has also ruled out distributing immunity passports.

And yet there is still confusion over the issue. The newly-appointed vaccines minister, Nadhim Zahawi, has suggested that pubs and sports venues could deny entry to those who refused vaccination by using tracking technology.

"We are looking at the technology," Zahawi told the BBC in late November. "And, of course, a way of people being able to inform their [physician] that they have been vaccinated. But, also, I think you'll probably find that restaurants and bars and cinemas and other venues, sports venues, will probably also use that system."

But despite denials, several UK newspapers have reported on inside plans to introduce either an immunization passport or a stamp in regular passports that would allow people to travel to certain countries.

The debate is old news elsewhere. China has had a color-coded public health system in place in over 200 cities since February, a system which dictates where its citizens can and can't go.

As several Chinese outlets have reported, local authorities integrated software into the messaging app WeChat and the payment platform AliPay, which are both reported to have around a billion users. After people fill in a short questionnaire about their body temperature and health background, the app determines how likely they are to spread the virus, and then gives them a color which determines where they can go. Red or yellow means they have had contact with the coronavirus and so are not allowed to travel. At the G20 summit in November, Chinese President Xi Jinping suggested rolling out such a scheme worldwide.

In fact, as far as international travel is concerned, it seems likely that some kind of international travel vaccine certification scheme will happen. On December 16, the International Air Transport Association unveiled its Travel Pass app, that would, a statement promised, "help travelers easily and securely manage their travel in line with any government requirements for COVID-19 testing or vaccine information." 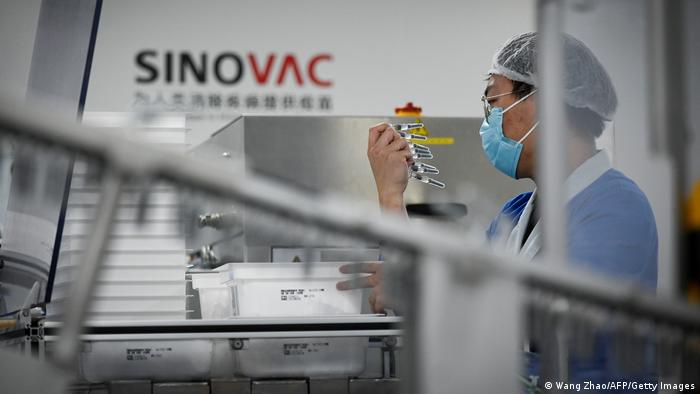 Meanwhile, as German politicians may have already sensed, the business incentive to create a privileged circle of supposedly COVID-free customers may take the decision out of their hands. In the US, several companies have started to develop online systems where users can upload their vaccination information, regardless of whether state regulations are in place or not.

The Common Trust Network, a project created by an alliance between the Swiss nonprofit the Commons Project Foundation and the World Economic Forum, is working together with several airlines on such an app.

Meanwhile, US tech giant IBM has created a Digital Health Pass that would potentially exclude the un-vaccinated from certain businesses. That's not how it's marketed, of course.

The pass is "designed to enable organizations to verify health credentials for employees, customers and visitors entering their site based on criteria specified by the organization," the IBM website says.

But could such plans offer a false sense of security? Back in Germany, Karl Lauterbach, Social Democrat politician and himself an epidemiologist, has also come out against granting special rights for the vaccinated — for scientific as well as moral reasons. "It can't be ruled out that the vaccinated might still infect others," he told the Funke media group this week.

Lauterbach said the economic justification for allowing businesses to reopen too soon was also a mirage. "What is really dangerous for the economy is constantly opening and closing public life," he said. "The question of whether a small group of vaccinated people are allowed to do more than others is rather irrelevant in light of this."

Lufthansa boss Carsten Spohr has said air travelers will likely need to provide a negative COVID test or proof of vaccination before taking long-haul flights. The airline industry has been hit hard by the pandemic.