A team of international scientists has said current vaccines are effective at preventing severe illness, and that supplies will be better utilized to inoculate unvaccinated populations. 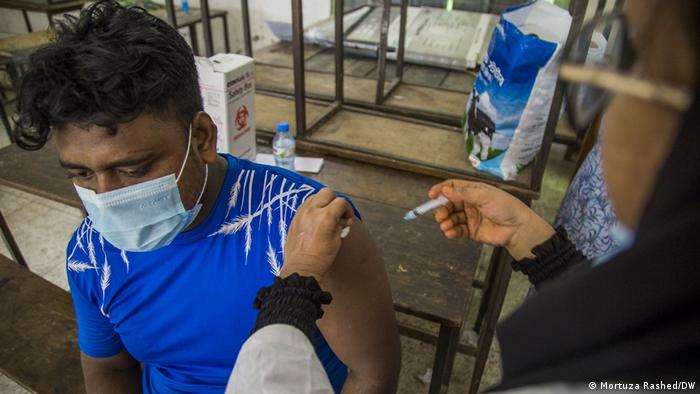 Vaccinating in poorer countries is a better way to end the pandemic, scientists said

International scientists discouraged plans to provide COVID vaccine boosters to the general population at "this stage in the pandemic," arguing instead that existing supplies should be better utilized for providing first vaccinations.

The article published Monday in the international science journal The Lancet, was authored by 16 prominent vaccine experts, including members of the US Food and Drug Administration (FDA) and the World Health Organization (WHO).

It based on several existing scientific studies of vaccine performance based on reviews of observational studies and clinical trials.

What did the vaccine scientists say ?

The experts said that current research indicates vaccines have worked well enough to prevent spread and serious COVID illness, even against the more contagious delta variant.

"Current evidence does not ... appear to show a need for boosting in the general population, in which efficacy against severe disease remains high," the article said.

The scientists also rejected the argument that immunity was weakening in the population following recent global coronavirus surges.

"Even in populations with fairly high vaccination rates, the unvaccinated are still the major drivers of transmission" at this stage of the pandemic, they wrote.

"Taken as a whole, the currently available studies do not provide credible evidence of substantially declining protection against severe disease, which is the primary goal of vaccination," said lead author Ana-Maria Henao-Restrepo, of the WHO.

Instead of giving a third boost of the same jab, the experts suggested that governments should try to "study variant-based boosters before there is a widespread need for them."

The report did note that providing boosters could be appropriate in people with poorly functioning immune systems. Additionally, the review said widespread use of boosters could be needed in the future if there is more evidence of sinking immunity of primary vaccinations or if new variants evolve so that the vaccines no longer protect against more severe bouts of COVID.

US President Joe Biden is considering starting a booster campaign before the onset of winter.

The White House has begun planning to roll out boosters later this month, if regulators agree. On Friday, the FDA will consider evidence of providing an extra Pfizer shot.

However, the Lancet review suggested the government was moving faster than experts.

"Careful and public scrutiny of the evolving data will be needed to assure that decisions about boosting are informed by reliable science more than by politics," the authors wrote.

While Germany and France have already started giving third jabs to the elderly and vulnerable, Israel has even started to offer boosters to children as young as 12-years-old.

Greek and Italian health ministries will soon be making COVID boosters available to the elderly and those with weaker immune systems as early six months after the first dose.

But the writers of the Lancet report believe there is more of a threat from new variants created out of lack of vaccination in poorer countries.

They said that providing jabs to poorer countries, especially in Africa and Latin America, that are still struggling to inoculate 10% of their populations makes more sense.

"If vaccines are deployed where they would do the most good, they could hasten the end of the pandemic by inhibiting further evolution of variants," Henao-Restrepo added.

Experts are considering whether a third dose of mRNA vaccine to be given six months after the second jab meaningfully improves immunity for healthy adults.