People continued to show up in numbers across European cities on Sunday, with the police deploying water cannons and tear gases to disperse crowds. More people have been arrested. 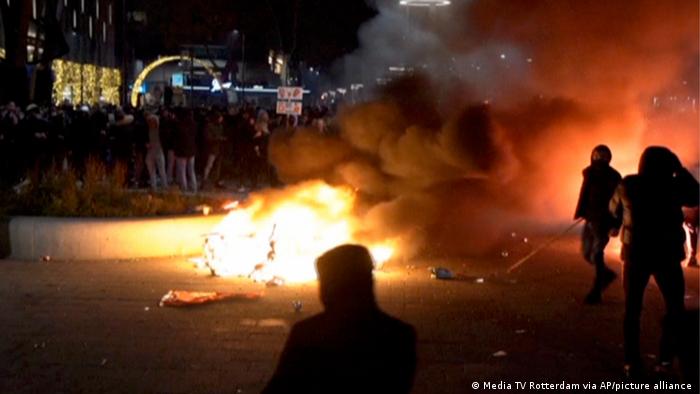 COVID protests rocked the Netherlands over the weekend

Protests continued in the Netherlands for the third day in a row Sunday, with police issuing an emergency order in the eastern city of Enschede, near the German border.

Protesters set off fireworks and vandalized properties in cities — Groningen and Leeuwarden in the north, Enschede in the east, and Tilburg in the south — on Sunday evening. 130 people have been arrested since the protests began, police said.

A football match in Leeuwarden was briefly disrupted after supporters, who were barred from the games because of COVID restrictions, threw fireworks into the ground, Dutch media reported.

But protests were much less violent than the ones that erupted in Rotterdam on Friday evening and the Hague on Saturday.

The Netherlands imposed a partial lockdown on November 13, and is considering tighter rules for the unvaccinated in public arenas.

Thousands of people protested against COVID restrictions in downtown Brussels on Sunday.

They were mainly demonstrating against the government's requirement to have people show a vaccine certificate in public places like restaurants.

Around 35,000 people took to the street in Brussels on Sunday, police said. But the majority had dispersed before protests grew violent. 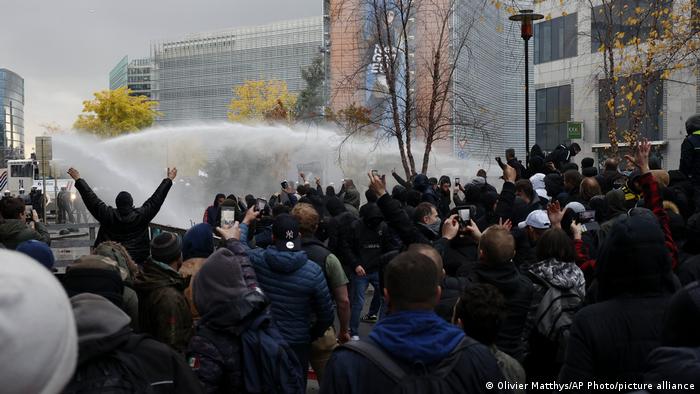 Towards the evening, protesters began smashing cars and setting trash bins ablaze, forcing the police to respond with water cannons and tear gas to restore order.

DW Brussels Bureau Chief Alexandra von Nahmen said she could smell the tear gas as she walked to work.

Three police officials and one demonstrator was injured in the clashes, a police spokesperson said. Around 42 protesters were detained, and two others were arrested.

COVID infections have grown at an alarming pace in Belgium in recent weeks, with the country seeing an average of over 12,000 new infections per day.

Even though 75% of the population are vaccinated across Belgium, the situation is much worse in the capital where only 57% have been fully immunized, DW Brussels bureau chief said.

French overseas territory of Guadeloupe was hit by a third night of looting and rioting, with armed protesters shooting at police and firefighters, authorities said on Sunday.

Police arrested 38 people as protesters broke into cars and set them ablaze. They also destroyed pharmacies, Alexandre Rochatte, Guadeloupe's prefect, who represents the French government, said in a statement.

The island territory has been rocked by protests over a week, with people demanding an end to the government's mandate of compulsory vaccination for health workers, as well as seeking support for rising fuel prices. 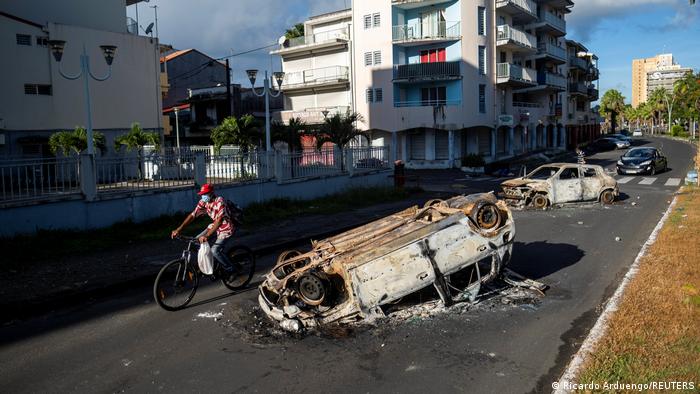 Government spokesman Gabriel Attal told Europe 1 radio that the current situation could not "be accepted nor tolerated."

France deployed elite special forces to the Caribbean archipelago, who arrived Sunday. Prime Minister Jean Castex is also due to meet on Monday in Paris with Guadeloupe officials.

Almost 70% of the population of mainland France is already fully vaccinated, while in Guadeloupe the share is less than 50%.