COVID jails: Germany clamps down on quarantine violators | Germany | News and in-depth reporting from Berlin and beyond | DW | 26.01.2021

In Germany, some local authorities have set up accommodation to lock up people who refuse to abide by coronavirus quarantine rules. But will these "prisons" actually be used, or just act as a deterrent? 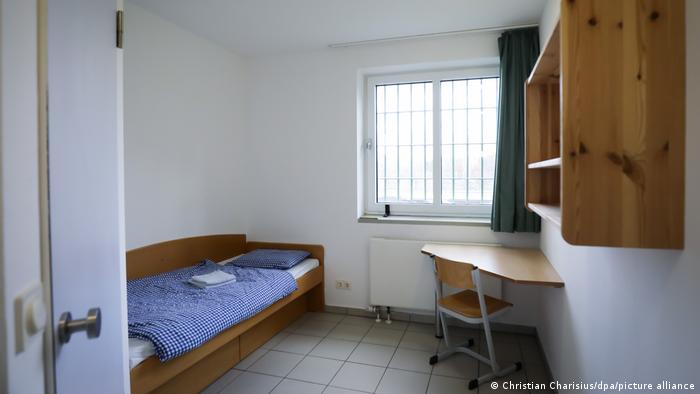 Quarantine violators may end up in this accommodation

On the outskirts of a small town in northern Germany, the unused annex of a juvenile detention center has been granted a new lease of life — as a "COVID jail." Six rooms have been set up to house those who refuse to abide by coronavirus quarantine rules.

"The isolation of suspected infected people in their own homes is an essential element in getting the infection rate under control," Sönke Schulz, representative of the local district council in Neumünster in the state of Schleswig-Holstein, told reporters when the facility was opened in January.

"Anyone who does not comply with this is putting other people at risk," he added. "The infection protection act therefore rightly allows isolation in locked facilities as the last resort."

The center is not a traditional jail. "Inmates" will be allowed televisions, laptops, phones and other domestic comforts. Psychological support is also available for residents, and the rooms themselves have a comfortable bed and space to walk around, a far cry from a stereotypical prison cell. "It should not really be any different from quarantining at home," Schulz added. 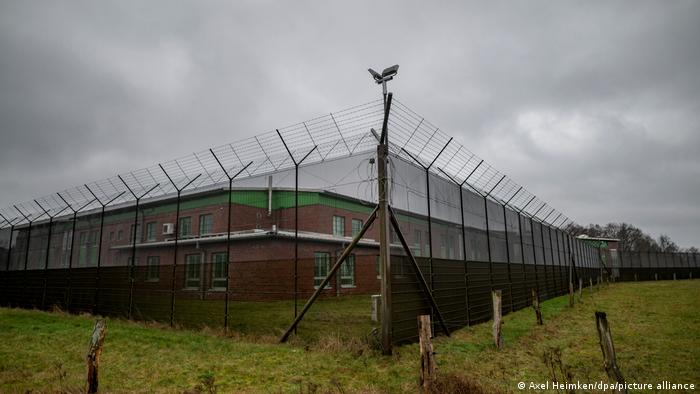 Except there is one obvious difference: People can be locked up there against their will and have to follow the instructions of the guards, made up of a team of 40 retired police officers who volunteered for the role.

But it is true that residents only end up there as a "last resort." In order to receive a "sentence," people must repeatedly refuse to quarantine at their homes — whether after travel, because of a high-risk contact or a positive test result — and there must be evidence that they broke quarantine. Then police will visit their home, and a fine may be handed out. Only after that, with a court order, can they be sent to the accommodation at Neumünster.

By this time, as Schulz himself pointed out, there may only be a couple of days left of the maximum mandatory quarantine period of 14 days (with a possible extension based on a positive test result). No one will be required to stay there longer than their normal quarantine period. 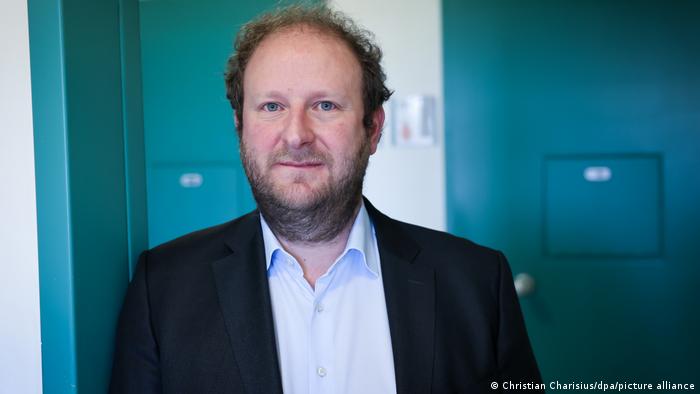 Stories of quarantine violators have made headlines in Germany, including one extreme example of a positively tested person who took a train more than 100 km (62 miles) to buy drugs after being ordered to quarantine, as reported in the Bild newspaper.

But such stories are few and far between. This may be why, since the pandemic began, the idea of COVID jails has become controversial across Germany's 16 states, which have had a mixed bag of experiences with the practice.

In May 2020, when Germany gradually eased restrictions after the initial coronavirus lockdown, rooms in the Schönefeld Airport in the state of Brandenburg were used to accommodate travelers who refused to abide by quarantine restrictions. But the space proved too large: A smaller building in a town on the Polish border was more recently adapted for the purpose.

In the months from May to December 2020, Brandenburg has reported more than 200 cases of people being prosecuted for refusing to quarantine , but the Health Ministry reports that fewer than 30 ended up in "prison" over this eight-month period.

Several other states told DW that such plans would not be brought in. Among them, Thuringia and Saarland emphasized that no accommodation had ever been in place or would be put in place. Germany's most-populous state of North Rhine-Westphalia allows local health authorities to enforce quarantine rules as they see fit within the law, but has planned nothing of the kind at a state level.

And in the state of Hesse, a hotel in Frankfurt was used for this purpose in 2020 but has now been closed "due to a lack of demand," the state government told DW.

Sex and relationships in quarantine

Mostly empty — but a deterrent

If other similar schemes in Germany have largely proved unnecessary, it begs the question why the facility in Neumünster has been opened at all.

"We hope the effort will set an example," Peter Schröder, the local councilor at Neumünster who has taken responsibility for the set-up, said in a press conference. "We hope there will be hardly any cases [of people being incarcerated in this way. Up until now there have not been many."

And Schleswig-Holstein is not alone in setting up a new facility. The city-state of Berlin is considering using hospitals for the purpose. A spokesman for the eastern state of Saxony told DW that a similar plan was in place, although hospitals would not be used, as the rooms were needed for those who were actually ill.

Saxony, which has seen some of the highest case numbers and death counts of any German state, has therefore confirmed it is renovating and opening a new facility for this purpose in Dresden before the end of January.

"I am assuming there will only be a really, really small amount of people who actually end up there," Saxony's interior minister, Roland Wöller, told the DPA news agency. "So far, there are no known quarantine violators that should be isolated by court order," his spokesman confirmed to DW. 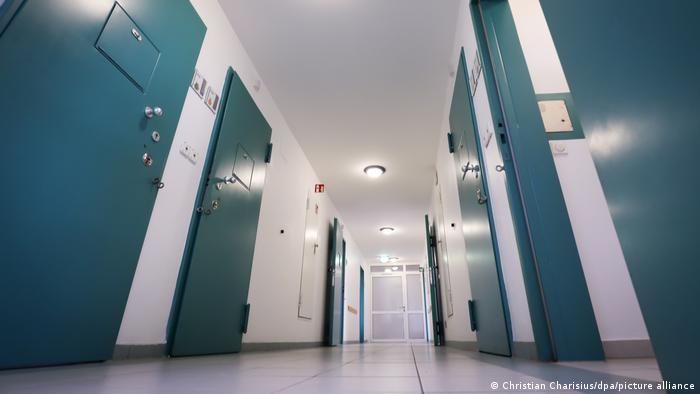 While the scheme may not actually lock up many people, it has still faced strong criticism online. Some critics say it infringes on human rights; a Change.org petition (which has not garnered many signatories) calls the plan "alarming" and says it should be outlawed.

Germany's Left party has also spoken out against the plan.

Representatives of other parties disagree. Thomas Strobl, interior minister of the state of Baden-Württemberg and member of Chancellor Angela Merkel's center-right Christian Democrats, told the German Spiegel magazine that "stubborn quarantine-breakers must be isolated."

"I'm not talking about decent people who might take a trip to the glass recycling container during quarantine," he said. "This is about persistent, unreasonable quarantine violators."

Strobl suggested that hospitals could be used for the purpose in the southern state. But DW inquiries indicated that Baden-Württemberg's plan, which would allow accommodation for nine people, is still being negotiated, and it is unknown if and when the accommodation will be opened.

With other parts of the country slow to follow suit, all eyes will turn to the youth detention center in Neumünster to see whether the scheme works. For his part, Sönke Schulz is pragmatic about the effectiveness of the plan.

"Once we actually have someone here, then we can see if it works," he said.

How long until we stop the spread of COVID-19?