Germany's COVID-19 infection rate is spiraling. Now, the three parties set to form Germany's next government are putting together new rules to curb the coronavirus. 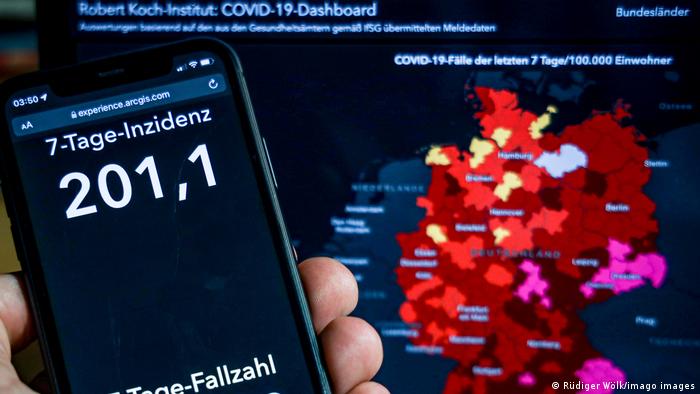 COVID numbers are spiraling in Germany

Though still in the midst of complex coalition negotiations, the three parties that will probably make up Germany's next government have begun framing new rules to curb the coronavirus pandemic.

They have been forced into action as Germany saw its highest 7-day incidence rate since the pandemic began. The chief German medical authority, the Robert Koch Institute, also recorded over 15,000 new cases on Sunday alone, a 60% rise on last Sunday. 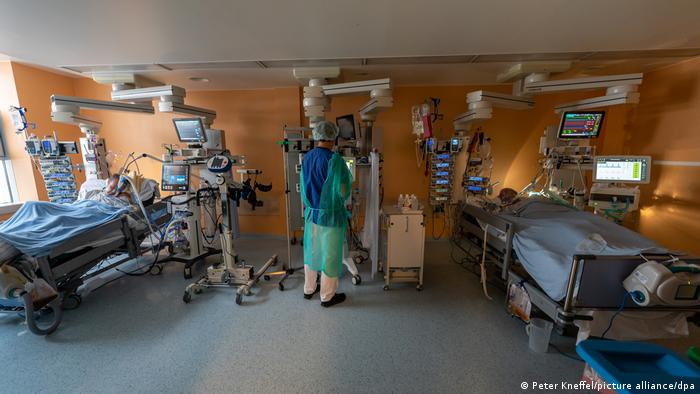 On Monday the parliamentarians of the center-left Social Democrats (SPD), the Green Party, and the neoliberal Free Democratic Party (FDP) were working on a new draft law, with plans to discuss it in the Bundestag on Thursday. The bill could be passed through the lower house of parliament as early as November 18, the broadcaster n-tv reported.

The plans under discussion include:

Reintroduction of free COVID-19 testing. The measure had been in place for most of the year, with the state paying private contractors to carry out tests. This was ended in early October, a move that several politicians now say was a mistake.

Mandatory daily testing for employees and visitors of care homes, regardless of whether they have been vaccinated or not.

Reintroduction of a so-called "coronavirus fee," paid by the state to hospitals who keep some of their intensive care beds free for COVID-19 patients.

Doctors to be required to write to all their elderly patients to recommend a booster vaccination.

Parents to be allowed extra sick leave if their children are infected, have to quarantine, or if their kindergartens are forced to close.

However, the three parties stopped short of the introduction of mandatory vaccination for all adults, even though a poll last week showed for the first time that a majority of Germans (57%) would be in favor of such a move. Still, it would be highly controversial and likely face legal challenges in the constitutional court.

The German government has so far rejected calls for a mandatory COVID vaccine, even among health care workers, with some politicians fearing it would lead to many walking away from the job – exacerbating an already acute shortage of staff in care homes.

The legal consensus appears to be that such a measure would be legally possible, under Article 74 of the German Basic Law, which allows the federal government to impose "measures to combat human and animal diseases which pose a danger to the public or are communicable."

Indeed, Germany has effectively had compulsory measles vaccine since March 2020, when a law came into force requiring children to be vaccinated against measles before going to school or kindergarten. All children in Germany are required by law to go to school.

The new plans also do not foresee the introduction of so-called "2G rules" across the whole of Germany: These would mean that only people who are vaccinated or have recovered from COVID are permitted to visit public places like bars, restaurants, football stadiums, and cinemas.

The 2G measure has already been imposed in the state of Saxony. The state's largest city Leipzig saw protests at the weekend that turned violent. Berlin Health Minister Dilek Kalayci told the Tagesspiegel newspaper on Sunday that "2G is being prepared" in the city-state.

Bavaria has also introduced stricter COVID rules in the last few days: Indoor public spaces are currently only open for people who are vaccinated, recovered, or have a negative PCR test.

The infection and hospitalization rates are increasing all over Germany, but the situation is most dramatic in Thuringia, Saxony and Bavaria. This correlates with the low vaccination rate in those states. While across Germany just under 70% of the population is fully vaccinated, Saxony has a vaccination rate of only 57%, Thuringia of 60%, and Bavaria of 65%.

The three potential coalition partners for the federal government are also rushing to pass a new law because the "nationwide epidemic situation" declared by the Health Ministry is due to end on November 25, after which Germany's current set of coronavirus regulations would no longer be valid.

Health Minister Jens Spahn, who is due to leave office when the new government is finally sworn in, welcomed the SPD-Green-FDP plans, saying they matched the measures he had agreed with Germany's 16 state health ministers last Friday.

All people in Germany will eventually be offered a booster shot of a COVID-19 vaccine six months after receiving their previous injection, Health Minister Jens Spahn had said on Friday.