COVID: Germany set to donate vaccine doses to other countries | Germany | News and in-depth reporting from Berlin and beyond | DW | 29.07.2021

COVID: Germany set to donate vaccine doses to other countries

Starting in August, Germany will make its first international donation of vaccine doses. With unused doses in danger of expiring, preparations are already underway. 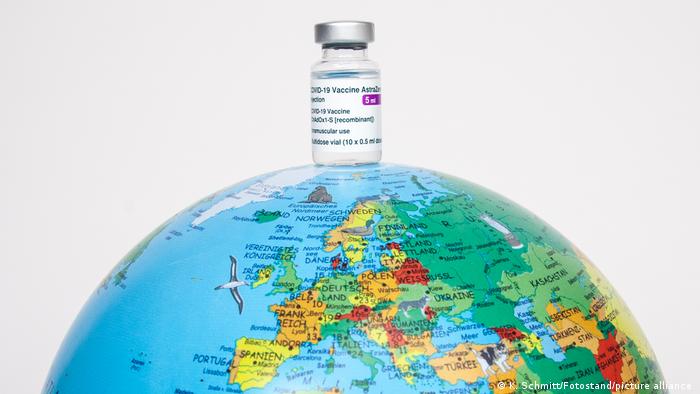 Some 60% of Germans have received at least one COVID jab, with another 100 million or so vaccine doses expected in the third quarter from July to September.

But the willingness to be vaccinated has waned. Availability currently exceeds demand — so vaccine supplies are available for donation.

The German government has pledged to donate at least 30 million vaccine doses of the AstraZeneca and Johnson & Johnson vaccines by the end of 2021.

But the vaccine doses set to be donated must first be collected. There are not only enough vaccines, but they have also already been distributed to clinics and vaccination centers. And these facilities have unused vaccine supplies that must now be returned to federal storage facilities.

The plan for the return, however, has not been finalized. According to the Health Ministry, vaccine supplies must have their quality and expiration date checked before being sent elsewhere.

Individual medical practices will not be able to donate vaccine doses abroad on their own. Recently some physicians complained that vaccine doses that were urgently needed abroad were in danger of expiring in Germany.

"Medical practices, municipalities and federal states are not permitted to distribute COVID-19 vaccines procured centrally by the Health Ministry to other countries or projects. That right is reserved exclusively for the federal government," the ministry said in response to DW. 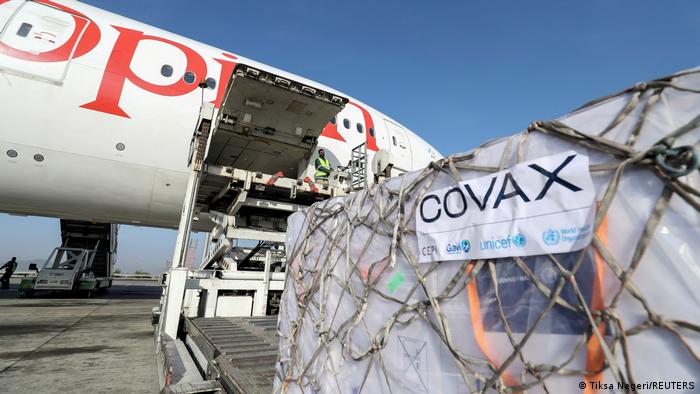 Majority of donations to go to COVAX

COVAX is the abbreviation for "COVID-19 Vaccines Global Access." The global vaccination initiative aims to reduce the inequality in coronavirus vaccinations between industrialized and developing countries. Recently, Spain reported it had started donating vaccine supplies.

The German government has decided that four out of every five vaccine donations are to go to COVAX. COVAX will then decide for itself which regions of the world they will be sent to.

Bread for the World, the development agency of the Protestant churches in Germany, has urged haste. In Africa, only 1% of the population is currently vaccinated. The organization told the DW that it is important to act quickly, as a severe third wave claims lives in Africa.

Germany has decided to give 20% of its donations directly to individual states. Recipients are to include Ukraine, Armenia and Namibia. Three million vaccine doses are earmarked for the Western Balkans. It is not clear when exactly the donations will begin.

Bilateral donations are not uncontroversial. Critics accuse donor countries of using "vaccine diplomacy" to serve their strategic goals. But Bread for the World does not see the situation as especially problematic. Bilateral donations are "not ideal, but if they are used in regions where there are no other vaccines, then they are better than nothing."

Bread for the World considers donations to be only a small part of the solution.

Only an "expansion of production capacities" will "get us there." First steps have been taken to create more production facilities in countries with limited vaccine supplies. But the issue of releasing the appropriate licenses will remain on the agenda. India and South Africa have been demanding the move since October 2020.

The first batches will go to Commonwealth countries like Kenya, Jamaica, as well as Asian countries like Laos, Indonesia and Cambodia. The UK wants to have the whole world vaccinated by 2022.

Millions of people worldwide still haven't been vaccinated against the coronavirus. Nevertheless, in some countries as much as 30 percent of vaccines are destroyed. DW reporter Hang-Shuen Lee interviews economist Michael Stolpe to find out why.