COVID: Germany recommends booster shot for everyone over 18

The news comes as the number of new daily coronavirus infections in Europe's largest economy passed 60,000 for the first time. 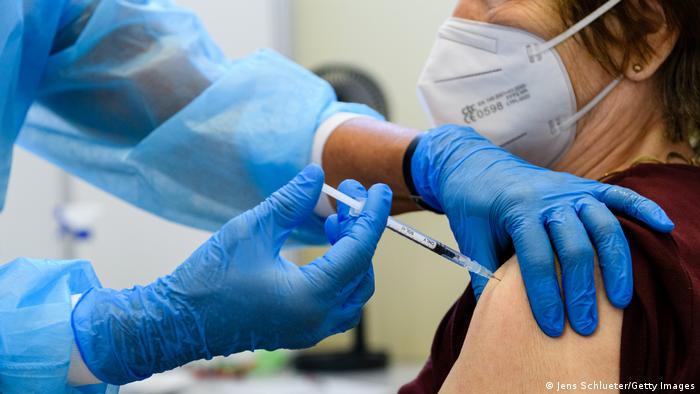 Authorities say the booster should be administered with an mRNA vaccine

A draft resolution proposing booster shots of the mRNA vaccines should be given six months after the last vaccine dose has been sent on to experts and Germany's federal states for vote and consideration.

What the STIKO said about booster shots

The committee recommend priority for booster shots be given to the immunocompromised, people over 70, residents and caregivers at elder care homes and staff in medical facilities.

Regardless of what vaccine was given previously, mRNA vaccines should be administered as booster shots. Pregnant women after the second trimester should also receive booster shots.

It said the boosters should be given six months after the last vaccine shot. However, that could be shortened to five months if there is enough capacity.

The committee also "urgently calls on all previously unvaccinated persons to take advantage of the COVID-19 vaccination offer."

The current COVID situation in Germany

The goal in administering booster shots is to reduce instances of infection and transmission as Germany and Europe battle a new, record setting wave of COVID-19 cases.

Over the past 24 hours, Germany has registered a daily record of more than 65,000 new infections.

Currently 67.8% of the German population is fully vaccinated.