As coronavirus infections rise across all groups in Germany, state premiers have urged the federal government not to abandon a national approach to combating the virus. 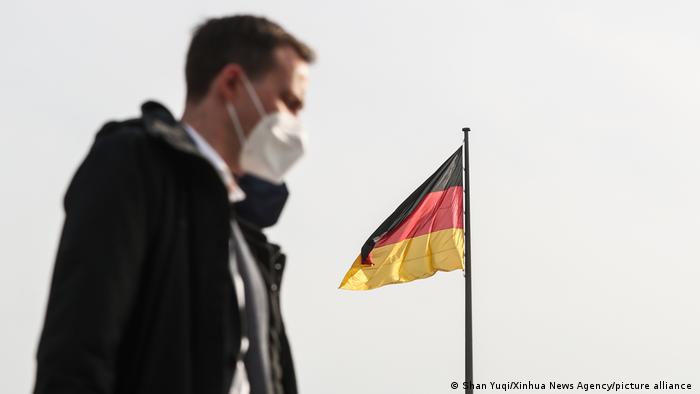 As Germany experiences a surge in COVID-19 cases, the country's state premiers believe a federal response is appropriate

German health officials have sounded the alarm as the country experiences a spike in COVID-19 infections.

"With the rising infection numbers we are seeing an escalation of the situation,” the Health Ministry spokesperson Oliver Ewald told the press in Berlin.

Ewald said there had been increased infections across the board with concern the rate of infection could speed up as winter approaches.

The trend "became visible in almost all age groups over the past week and it is to be expected that the increase in case numbers will pick up speed in the further course of autumn and winter," Ewald told reporters.

Incidence rate on the rise

The fresh concern comes after the Robert Koch Institute, Germany's public health agency, said in a weekly report that the rate of infections had been on an upward trajectory since the end of September.

The country recorded 19,572 cases in a 24 hour period on Friday, which represented a 70% increase to the week prior.

There is a level of concern with what these new infections might bring. Intensive care specialist Christian Karagiannidis said there had been a noted correlation between a rise in cases and hospital admissions.

"The fourth wave has started now and is still gaining speed," said on Twitter.

German state premiers on Friday agreed to urge the federal government to keep coronavirus measures in place on a nationwide basis rather than allow each state to determine its own steps to prevent the spread of the virus.

The leaders met in the small town of Königswinter near Bonn and discussed how to proceed into winter with the country's increased caseload.

The annual meeting of state premiers and city mayors from Berlin to Bavaria agreed a national framework should be retained to avoid a patchwork of watered-down measures across the nation.

German Health Minister Jens Spahn promised in August that anyone who has been vaccinated will no longer be subject to another winter lockdown. On Monday, Spahn said he was in favor of letting the national provisions come to an end on November 25.

After this, states would be able to impose measures at their own discretion. Spahn has said many regulations could and should still be retained.