Africa's measures to slow down COVID-19 have changed how the holy month of Ramadan is observed, restricting Muslims to their homes. Previously, followers of Islam prayed in mosques and broke the daily fast together. Governments in Africa imposed lockdowns and curfews that closed places of worship, such as churches and mosques, in a bid to slow down the spread of the coronavirus.

In Nigeria — Africa's most populous country — many Muslims, particularly those in the north, said that this year's Ramadan has completely changed the way people go about their normal lives, such as answering to the call to prayer.

Medina Dauda told DW that the outbreak has taken away the joy of Ramadan.

"It's a different kind of Ramadan entirely," she said. "With the coronavirus pandemic, the concept of Ramadan has changed so many things."

"Before the outbreak, I used to go to the mosque and join the imam for prayers and learn more about the holy scriptures in the Quran," Dauda told DW.

"I enjoyed it because you were surrounded by other faithful, and it was fun. Now I have to learn to pray with only my husband and children at home, which is quite abnormal. I hope and pray that coronavirus will go soon."

In Gambia, the situation is no different. Baba Leigh, a Muslim cleric in the capital Banjul, told DW that during Ramadan, Muslims usually congregate together, and engage in Quranic interpretation and competitions. But COVID-19 has changed everything. More than 90% of Gambians are Muslim, and imposing a lockdown during the Muslim holy month of Ramadan is an uphill task.

Already four imams have been arrested for going against lockdown measures by opening their mosques for prayers. Two of them have since been fined. 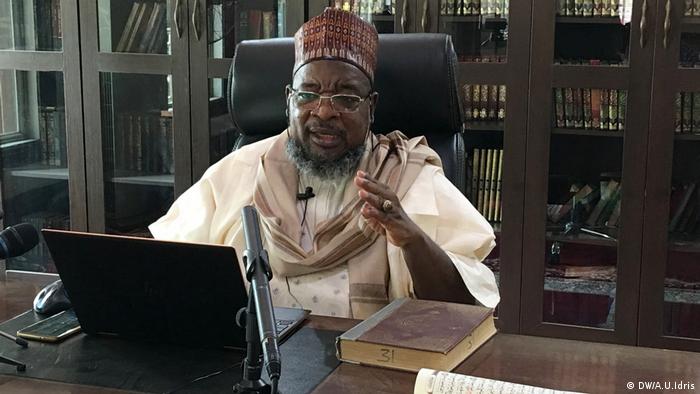 Momodou Sabally is a motivational speaker who opposed the closure of religious places.

In an interview with DW, he said, "the government should review the regulations on the situation of mosques. I believe mosques should be open with measures such as spacing and hand washing. But to close the mosques, I think that is bad for society.

Momodou Sabally is a motivational speaker who opposed the closure of religious places.

"The government should review the regulations on the situation of mosques," said Momodou Sabally, a motivational speaker who opposed the closure of religious places.

I believe mosques should be open with measures such as spacing and hand washing," he told DW. "But to close the mosques, I think that is bad for society."

Read more: Ramadan in coronavirus times — with a virtual community

Ivory Coast: Upholding the spirit of Ramadan in isolation

The situation in Kenya's coastal town of Mombasa and the Nairobi suburb of Eastleigh is dire during Ramadan because of food shortages. They are country's two largest Muslim communities.

Access to some basics, such as foodstuffs and other necessities, has been cut off with the lockdown of Eastleigh, which is predominantly inhabited by Kenyan-Somali Muslims. The government has labeled Eastleigh a COVID-19 hotspot, and residents are not happy about it.

"While we welcome the government initiative, I think it is unfair, and I think we need to readjust how we are dealing with this coronavirus pandemic because, at the moment, it looks like a punishment," Ahmed Muhammad, a Kenyan of Somali descent, told DW.

Life is becoming hard in Eastleigh, the Nairobi suburb that is considered Kenya's Muslim capital for mothers such as Fawzia Amina. With a big family to feed, she is worried that tough times lie ahead if the government doesn't ease the lockdown.

"We have no access to the biggest market in Nairobi, where we do our shopping for foodstuffs to break the fast," Amina said. "As Muslims, we have been inconvenienced and now face many challenges."

Despite their grievances, and with 77 cases of COVID-19, Eastleigh has the highest number of people with coronavirus symptoms in Nairobi. Many of its residents have sneaked out and sought shelter in the capital Nairobi. The government has warned that more cases could be registered as a result.

"Some people have decided to sneak out of these areas and to relocate to the neighboring estates," said Rashid Aman, Kenya's chief administrative secretary for health.

"Let me caution that this move is counterproductive and dangerous. This is because if you happen to be infected unknowingly, then you have just transferred the problem to another area." 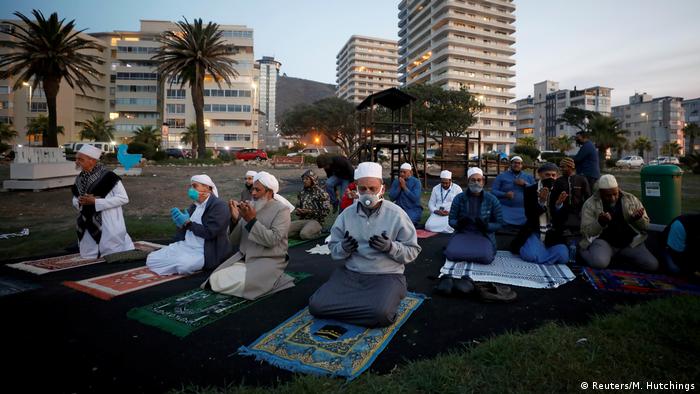 With no end in sight to the lockdowns and curfews, Muslim clerics in Nigeria are now turning to social media platforms to preach and carry on with their Quranic recitations like before the pandemic.

"The essence is to protect the lives of our followers and also abide by the laws of the country — that we should as much as possible not come into close contact with one another," said Sheikh Huseyn Zakaria.

"I think this is another blessing in disguise, about 300,000 people followed us, and this is very unimaginable."

Nigeria has a population of over 200 million, of which 60% are Muslim. This makes it difficult for federal authorities to enforce protective measures, such as physical distancing.

Bashir Yahuza, a resident in the capital Abuja, thinks that the government should allow Muslims to congregate during Ramadan.

"We've seen that when the lockdown was relaxed, people were allowed to return to their working places and markets," he said.

"I don't see any reason why mosques and churches should be closed because of COVID-19."

But to Dr.Ibrahim Kana from Nigeria's health ministry said there is a reason behind the ban on religious gatherings.

"Government has placed a ban on any form of gathering […] to safeguard the lives of all Muslims so that we can live to see the next Ramadan," he told DW.

"If we violate the regulations that the government has put in place, it means that we are actually endangering our lives as individuals, our lives as a family, and that of the entire population."

Nigeria has at least 3,526 confirmed cases of coronavirus and 107 deaths.

Andrew Wasike in Nairobi, Omar Wally in Banjul, and Uwaisu Idris in Abuja contributed to this report.

In reporting on the coronavirus pandemic, unless otherwise specified, DW uses figures provided by the Johns Hopkins University (JHU) Coronavirus Resource Center in the United States. JHU updates figures in real-time, collating data from world health organizations, state and national governments and other public official sources, all of whom have their own systems for compiling information.