Ramadan under lockdown: Muslims start an unusual month of fasting

Islam's holiest month is underway, but this year Ramadan around the globe is looking rather different. Muslims are expected to cut back on usual festivities and large gatherings to prevent further viral outbreak. 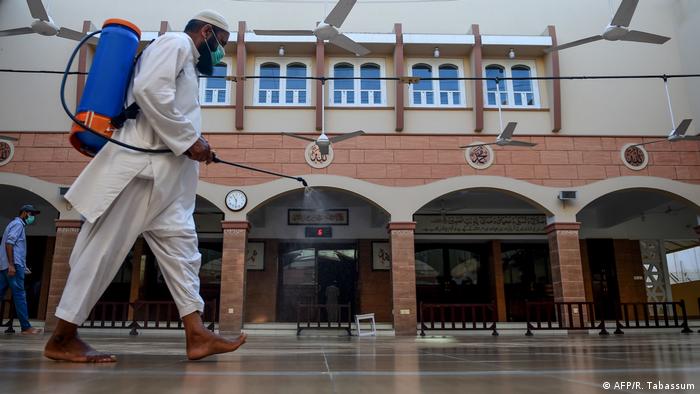 Egypt announced on Thursday —  the first day of Ramadan for much of the Muslim world — that it will keep a night-time curfew during the holy month to curb the coronavirus outbreak but allow one extra hour of movement in the evenings when people can break their daylight-hours fast.

Egyptian Prime Minister Mostafa Madbouly told a televised news conference on Thursday that the curfew would  tart at 9 p.m. local time instead of the previous 8 p.m. and run until 6 in the morning

The curfew means Muslims won't be able to host large family iftar parties, the fast-breaking evening meal during Ramadan, even in their homes.

"After consulting with medical experts in the midst of the current pandemic, we affirm that fasting has no negative effect on [healthy] people,'' said Allam in a video posted on Facebook.

The religious leader acknowledged that the elderly, those with pre-existing health conditions and coronavirus patients could be exempted.

"As to coronavirus patients, they are the most eligible to break their fast,'' Allam said. 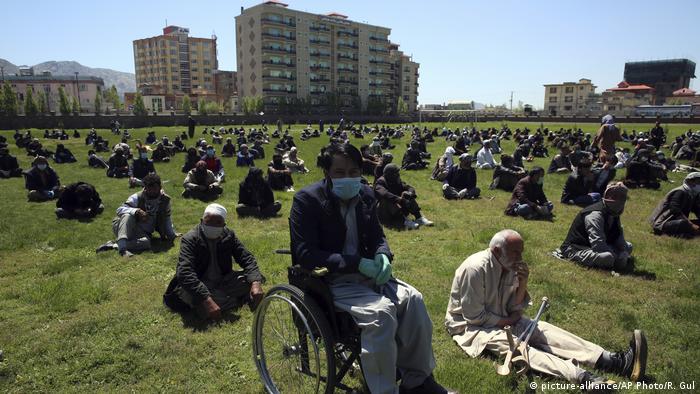 These Afghans are waiting on wheat handouts from the government ready for Ramadan, in a socially-distanced queue

Read more:  Ramadan in coronavirus times — with a virtual community

Mixed reactions on closure of mosques

The world's 1.8 billion Muslims are expected to roll back on their traditional overnight festivities, community prayers, gift giving customs and fast-breaking gatherings at dusk amid the coronavirus pandemic.

The Indonesian capital of Jakarta has extended its social restrictions as Muslims in the world's most populous Muslim nation prepare for a month of fasting.

Jakarta Governor Anies Baswedan said the restrictions, initially set to end Thursday, would now last until May 22. He also called on Muslims to forego Mosque visits during Ramadan to prevent further outbreak.

Albanian Muslim leaders urged followers to stay at home, practice social distancing and encouraged them to spend more time teaching their children about Islam. Turkey has banned communal eating during the holiday to avoid transmission.

Meanwhile, Pakistani Prime Minister Imran Khan has refused to close the country's mosques despite a warning from the Pakistan Medical Association that public gatherings are akin to a petri dish and will disrupt the country's already fragile health system. 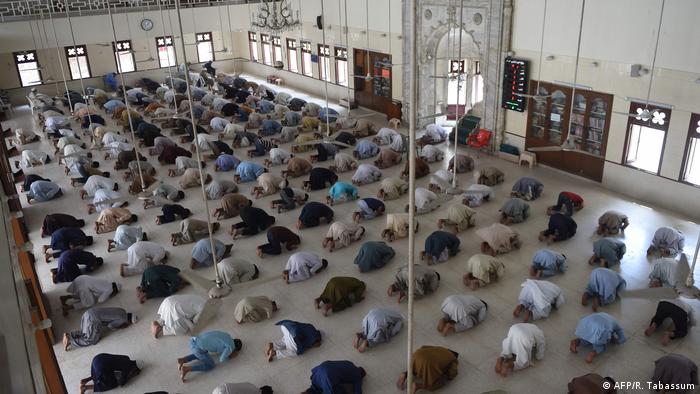 Mosques in Pakistan have taken some steps to keep worshipers further apart, though critics say it's still asking for trouble assembling dozens in the same room multiple times a day

UN Secretary-General Antonio Guterres encouraged Muslims worldwide to "focus on our common enemy  —  the virus,'' and reiterated an earlier appeal for an immediate cease-fire for all conflicts.

UK Health Secretary Matt Hancock thanked all British Muslims for staying at home during Ramadan in a televised live address from Downing Street and acknowledged it would be a difficult time for many Muslims during the lockdown.

In the US, around 3.5 million Muslims, the country's third largest religious group, were banned from holding prayers in mosques. Congregations have offered to live stream prayer services online instead.

The Mayor of Minneapolis in the northern state of Minnesota granted special permission to allow prayers to be transmitted by loudspeakers to mark the beginning of Ramadan.

Muslims in Germany will begin Ramadan on Friday. Ramadan dates vary in different countries, according to lunar sightings, but usually only by a day.

Germany has shut down religious places of worship to large crowds including mosques, churches and synagogues.  Amid the coronavirus crisis, socializing outside of the home in groups of more than two (unless from the same household) is forbidden.

"As difficult as it is for us to keep our mosques closed during the holy month of Ramadan, it is our religious and civil responsibility to do exactly that in the current phase," Aiman Mazyek, the secretary-general of Germany's Central Council of Muslims, told the Ruhr24 group of local newspapers.

Orthodox Christians worldwide celebrate Easter like no other amid lockdowns

More than 260 million Orthodox Christians have found ways to celebrate their holiest day as church pews remained empty. But not everyone abided by coronavirus rules, with thousands taking part in services regardless. (19.04.2020)