Dozens of Iraqi Kurds and Afghans have sought the help of the European Court of Human Rights over asylum claims. The EU has blamed Belarus for the recent build up of migrants on its border. 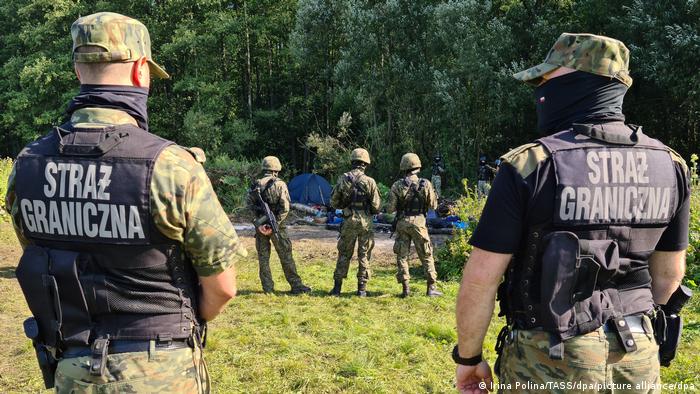 The European Court of Human Rights (ECHR) on Wednesday requested that Poland and Latvia provide aid for dozens of Afghan and Iraqi migrants stranded on the EU border with Belarus.

A group of migrants has been stuck on the borders of the two EU countries for around 14 days, with security forces preventing them from entering and making asylum claims.

According to the court, 41 Iraqi Kurds and 32 Afghans have sought the court's help to enter either Latvia or Poland and ask for protection.

What did the ECHR say?

On Wednesday, the court responded to that claim, ordering the two EU countries to offer "food, water, clothing, adequate medical care and, if possible, temporary shelter," a statement said.

"The measure will apply for a period of three weeks from today until 15 September 2021 inclusive."

The judges cited the European Convention on Human Rights when coming to their conclusion.

The court did iterate, however, that neither Poland nor Latvia was being ordered to let the migrants in.

Dozens of migrants have set up a camp just inside the Belarusian border between lines of Belarusian and Polish military personnel near the Polish village of Usnarz Gorny.

Thousands of migrants — mostly from the Middle East — have crossed the border from Belarus into the eastern EU states of Latvia, Lithuania and Poland in recent months.

The EU claims Belarus has deliberately engineered the influx in retaliation over EU sanctions — an accusation Minsk has vehemently denied.

Poland has called it a "hybrid attack" on the bloc and said the migrants must not be allowed to enter, arguing they are still in Belarus and that Minsk should deal with the issue.

German Chancellor Angela Merkel has accused Belarus of using refugees to "undermine security." Her remarks come as the Taliban takeover of Afghanistan fuels concerns that thousands of people could try to flee to Europe.

Lured to Belarus with promises of easy EU immigration, Iraqis, Syrians and Afghans are now trapped in Lithuania. Abbas al-Khashali and Hamza al-Shawabkeh met them there.