Could the EU impose a carbon tax on US goods to pressure Trump? | Environment | All topics from climate change to conservation | DW | 17.11.2016

France's ex-president Nicolas Sarkozy proposed an EU-wide carbon tax on all US goods if US president-elect Donald Trump goes through with his promise to pull out of the Paris Agreement. But how feasible is that plan? 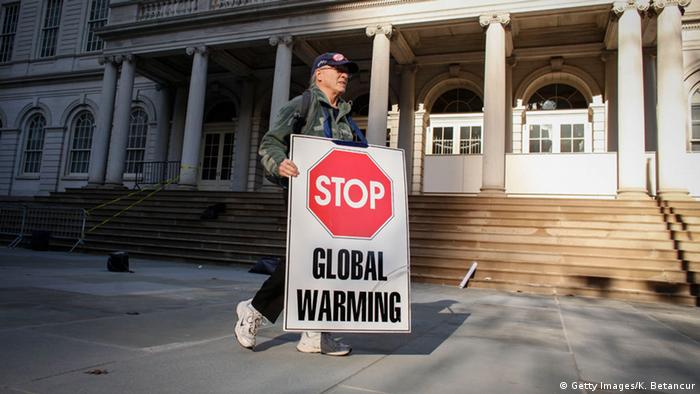 It was a historic moment: in December 2015, almost 200 nations agreed to a global climate agreement to phase out greenhouse gases in the second half of the century. The agreement emerged from drawn-out negotiations at the COP21 climate summit in Paris.

Virtually every country in the world, including the two biggest carbon emitters - China and the United States - promised to cap greenhouse gases in order to keep global warming below maximum 2 degrees Celsius (3.6 degrees Fahrenheit).

But now, the deal is in danger, with US president-elect Donald Trump during his campaign having pledged to "cancel" the Paris deal. Trump would likely abandon President Barack Obama's Clean Power Plan, to cut greenhouse gas emissions by 26 to 28 percent below 2005 levels by 2025. 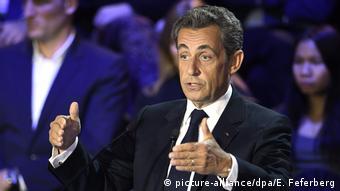 "The US, the largest economic power in the world, the second-largest greenhouse gas emitter, must respect the commitments they have undertaken," he said.

His predecessor, Nicolas Sarkozy, went a step further. In an interview with French TV station "TF1", he proposed a European carbon tax against American imports if Trump really were to extract the US from its obligations under the Paris Agreement.

"I will demand that Europe put in place a carbon tax at its border, a tax of 1 to 3 percent, for all products coming from the United States, if the United States doesn't apply environmental rules that we are imposing on our companies," he said.

Europe could no longer be "weak" or "naive," he added, calling for countries to use more products and materials made in European states.

Both Hollande and Sarkozy may run in France's presidential elections next year.

How feasible is Sarkozy's claim?

The French think tank "La Fabrique Ecologique" had similar reservations, and told economic daily "Les Echos" that Sarkozy's idea, according to a 2009 WTO report, would only be compatible with international trade rules under certain conditions.

These include high carbon intensity and easily identifiable carbon content - which would make implementation of an EU-wide tax difficult.

Germanwatch, a German environmental nonprofit organization, told DW in an interview that legally, Sarkozy's proposal would very likely be possible - even though it would need far more deliberation and development. 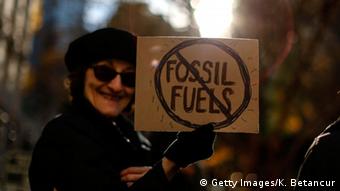 However, more effective would be a carbon tax that came from a coalition of countries around the world - including China - and not just the EU, Oldag Caspar, team leader for German and EU low-carbon policy at Germanwatch, told DW.

"It would be a much stronger and more powerful signal if it came from a range of powerful countries united across the world," Caspar said. This would make it clear that the world is unified on the climate front - "then Trump and his team wouldn't be able to spin this move against the EU," Caspar added.

However, he stressed that Germanwatch currently does not expect the US to actually back out of the Paris Agreement.

"Nothing has been decided yet" with the Trump administration, Caspar pointed out, including on climate policy. "It's very likely that the US is moving into the wrong direction for itself and the world - but how bad the situation really is is not clear yet."

Participants at the UN Climate Conference in Marrakesh have reacted to the election of Donald Trump with a mixture of alarm and determination. (13.11.2016)

President-elect Donald Trump has chosen a well-known climate skeptic to oversee the transition of the country's Environmental Protection Agency. The Republican Party has pledged to shut down the regulatory entity. (10.11.2016)

Concern about US climate commitments