French President Francois Hollande has called on the United States to respect the Paris Accord aimed at limiting climate change. The election of a global warming denier as US president has set off alarms globally. 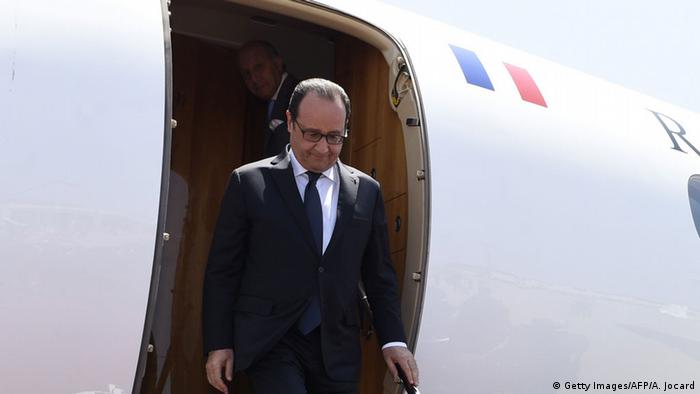 Hollande - speaking at the UN conference on climate change in Marrakesh, Morocco - said that the 2015 agreement to limit emissions "is irreversible in law and in fact. In addition it is irreversible in our minds."

"The US, the largest economic power in the world, the second largest greenhouse gas emitter, must respect the commitments they have undertaken," the French president said. Hollande has yet to say if he will run for another term but he is unpopular - polls predict he will not win January's Socialist primary.

Meanwhile, ex-president Nicolas Sarkozy - who is reportedly lining himself up for a presidential run in 2017 - said on Monday he would ensure France and the EU imposed a carbon tax of 1 to 3 percent on all US goods coming into the continent if Trump reneges - as he has said he would - on the Paris Accord.

Trump has called global warming a "hoax" on social media and promised during his campaign to "cancel" the Paris deal adopted last year.

This year is "very likely" to be the hottest on record, the UN said. It marks the third consecutive year that temperature records have been broken, while 16 of the 17 hottest years recorded have been this century. (14.11.2016)

A new report has shown that world carbon emissions have stayed unchanged over the previous three years. However, the study points out that this is not enough to prevent the effects of global warming. (14.11.2016)

The global climate agreement is now officially in force. Parties to the treaty will work under this framework to prevent catastrophic global warming. But what's in the Paris Agreement, and can it achieve its goal? (04.11.2016)

He has said he will boost the US coal, oil and shale industries, abandoning President Barack Obama's plan to cut greenhouse gas emissions by 26-28 percent below 2005 levels by 2025.

UN Secretary-General Ban Ki-moon said earlier on Tuesday that action on climate change has become "unstoppable." He added that he also hopes Trump will drop plans to quit the 2015 Paris agreement to limit greenhouse gas emissions. "What was once unthinkable has become unstoppable," he told a news conference.

Ban said that he hoped Trump would drop his view that man-made climate change is a hoax and his pledge to withdraw from the Paris agreement.

China and other countries said they will remain committed to the Paris Agreement irrespective of what the next US administration decides to do, the outgoing US climate envoy, Jonathan Pershing, said.

"It is in the interest of the United States to deliver clean energy policies," said European Union Climate Commissioner Miguel Arias Canete, also dismissing the proposal by Sarkozy for a carbon tax on American goods imported to the EU if the US withdraws from the climate change deal.