Corruption a Cause of Poverty in the Developing World | Germany| News and in-depth reporting from Berlin and beyond | DW | 06.11.2006

Corruption a Cause of Poverty in the Developing World 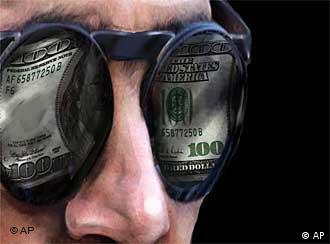 The 2006 Corruption Perceptions Index (CPI) looked at public sector corruption in 163 countries. Nearly half of them scored below three points, indicating rampant perceived corruption. Corruption and poverty often go hand-in-hand, according to the of the 2006 CPI.

DW-RADIO: How does your report go about measuring corruption?

David Nussbaum: We use 12 independent surveys done by nine different organizations. They survey thousands of people around the world to see how they perceive corruption in one country compared to another. We then synthesize that into one integrated report. 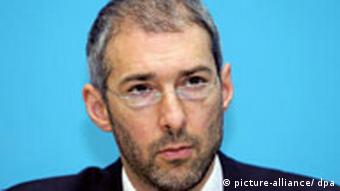 What type of overall picture does this year's report paint of corruption in the world?

Well, it clearly indicates corruption continues to be a very serious problem. It's a problem for governments because it means that the machine of government isn't operating the way it's supposed to. It's a serious issue for business because corruption increases the risks and decreases returns on investments. But above all, it has a devastating impact on ordinary people who have to live in a country where corruption is rife. It means they can't get the goods and services they should be able to without paying bribes and it means the resources in their country may be expropriated to other parts of the world by corrupt elites. It devastates their lives.

Can you give us an idea of which countries tend to be more or less corrupt?

At the very bottom you have Haiti, Myanmar and Iraq where corruption is extremely bad. And at the other end you have Finland, Iceland and New Zealand. Life is very different if you live in a country where corruption has been brought under control.

Is there a correlation between poverty and corruption?

There certainly seems to be a correlation between income levels and levels of corruption. Corruption causes poverty. That's why we think it's so important that government and business focus on this issue.

How can this list be used to reduce corruption?

I think the governments should see this as a real call to action. There are no countries that score perfectly. All countries have issues with corruption. Once you get below the top very few, the scores fall away quite quickly. Secondly, for businesses, what this list does is call attention to those countries where business operators need to take extra measures to mitigate the risks of corruption effecting their business. Ultimately, this is a call to the people of the world to demand action by their leaders and hold them accountable.

When Transparency International Gets Cloudy

Unhappy when a recently-fired employee's complaints ended up on a blog, Transparency International hired lawyers to force the postings off the Internet. Big mistake. (29.03.2006)

A report published by Transparency International shows that Germans believe corruption is gaining ground when it comes to crime. Public faith in the morals of politicians is at a particularly low ebb. (19.12.2005)

Twelve years after he founded it, Peter Eigen stepped down as chief of Transparency International. The former World Bank director leaves behind an anti-corruption organization that has made a good name for itself. (23.08.2005)