Cuba seems to have the pandemic under control, but its already dismal economy is set to weaken further. Supply shortages are becoming more acute; plummeting foreign remittances and a lack of tourism aren't helping. 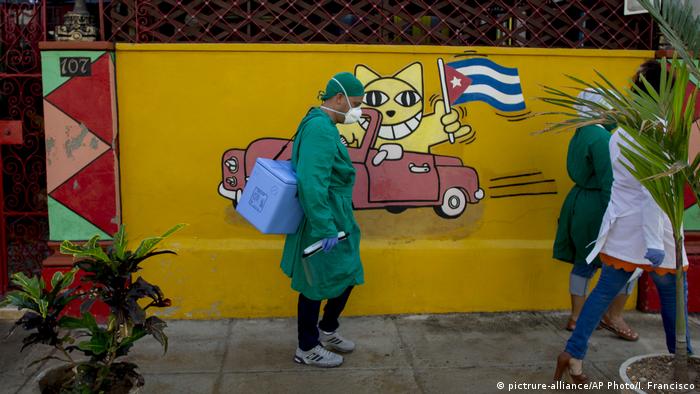 Cuba is slowly returning to normality. The first loosening of coronavirus lockdown measures is taking place across the country — except for Havana where new infections have been reported over the past 15 days. Unlike many countries in the region, Cuba managed to bring its outbreak under control with a proactive strategy of detecting and isolating infected people and their contacts. By Sunday, there were only 43 active infections on the island. In total, 2,332 people have been infected and 86 died from COVID-19.

Old problems are getting worse

"The government has responded well, but the restrictions have lasted far too long," says Yolanda Reyes Pena. The 24-year-old, who lives in Havana with her mother and older brother, worked as a manicurist in a private nail studio before the pandemic. At first, she considered the lockdown a welcome break and lived off her savings. Now, she's concerned about when work will restart and how much money she will earn.

That sense of precariousness could soon worsen. "The Cuban economy already had serious problems meeting its external payment obligations before Corona," says economist Ricardo Torres Perez of the Center for the Study of the Cuban Economy (CEEC) at the University of Havana. 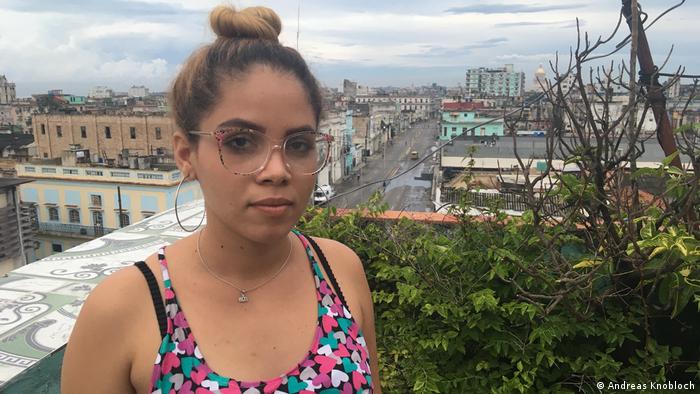 The slump in tourism is affecting the already crisis-ridden Cuban economy above all else. "For Cuba, tourism is one of the most important sources of income," Yedi Lopez-Cotarelo explains. The 47-year-old has been a tour guide for twelve years. "I haven't worked since Cuba closed its borders. Currently, I have no other source of income."

He too lives off his savings.

The travel industry feeds many people in Cuba, mostly indirectly. "Even I, a simple craftsman, profit from tourism," says carpenter Gerardo Bauza*, from the district of Centro Habana, who requested that DW change his name. "My goods were also bought by tourists, but now, without them here, I sell nothing." Since the virus arrived, the 58-year-old and his family of four have been living off the salary of his daughter, who works in the health sector.

The shortage of essential goods, which was already visible before the pandemic, is becoming even more acute. "Even basic products such as medicines and food [are in short supply,]" says Torres.

"We Cubans have spent practically the entire epidemic in lines," Lopez-Cotarelo explains. Three or four times a week, he can line up for several hours for chicken, toothpaste, cooking oil or minced meat. The long lines in front of the shops are considered among the highest risk for possible infection.

In order not to expose herself and her mother to this danger, Reyes now buys "from resellers," as she calls them. "They sell everything for two or three times more than in the store." 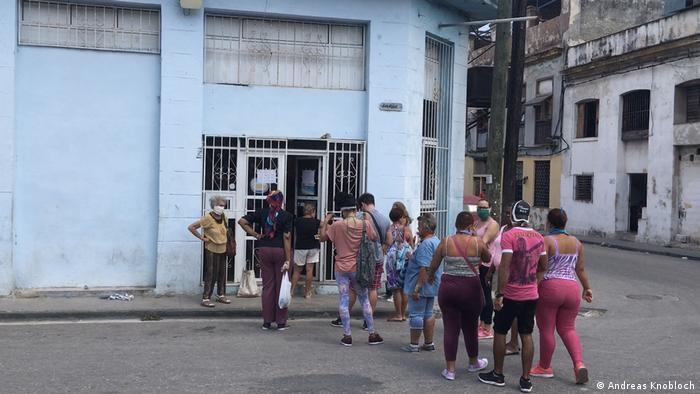 Cuba's famous rationing system, known as La Libreta, has come into its own during the supply crisis. These rationing booklets have offered Cuban families access to subsidized food and some other goods since the early 1960s. The system is now is a means of distributing scarce resources evenly in a country that doesn't have the means to issue billions in state aid.

"I grew up with the Libreta. Today, at the age of 58, I applaud Libreta," says Bauza. "Because now I have realized how necessary and how fair this system is. Everyone receives a certain amount of rice, beans, cooking oil, coffee, chicken.

Everything is controlled by the Libreta," explains Bauza, then adds "Blessed is the Libreta!"

Although Libreta has become a symbol of Cuba's crisis strategy, rumors abound that the program will be abolished, and the government insists it won't ration everything that is in short supply, says Torres. Instead, Libreta will likely be replaced by a system that takes into account income disparities. "It is very inefficient to give everyone the same amount of everything." 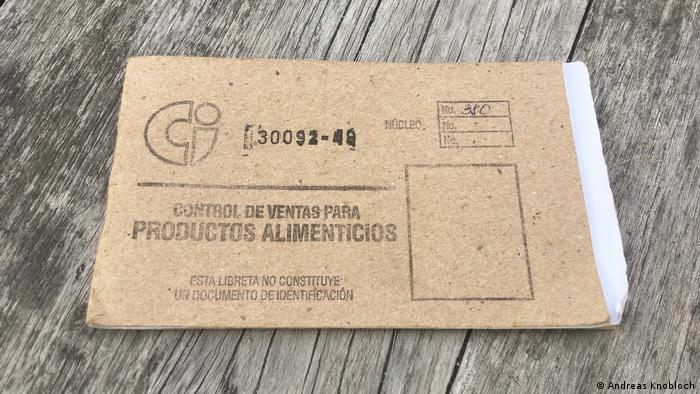 Given Cuba's worsening economic woes, Torres says it "clear that the government must act" to strengthen reforms. He thinks the domestic economy could be reenergized by making the private sector more flexible. Increased imports and an expansion of farm production would also help reduce shortages, he adds. The economist is also certain that expanding the range of products and services that can be paid for in foreign currencies such as US dollars will help, especially when tourism returns.

A slump in foreign visitors and money transfers from Cubans abroad is already being felt. Further US sanctions and the poor economic situation in Venezuela may lead to "an even more unsettled second half of the year," Torres predicts.

The government has decided on a staggered approach to reopening the country, with domestic travel resuming first. From July 1, foreign tourists will be allowed in but only to resorts in the north and south of the country, with strict hygiene protocols. Airports will also remain closed to commercial flights until at least August 1.

"I will probably have to find something else," says Lopez-Cotarelo, looking to the future, "because for the moment you can't live on international tourism."

Cuba is currently mired in an energy crisis, forcing some farmers to plow their fields with oxen. Experts, however, have downplayed fears that the country's current woes are as severe as they were during the 1990s. (24.09.2019)