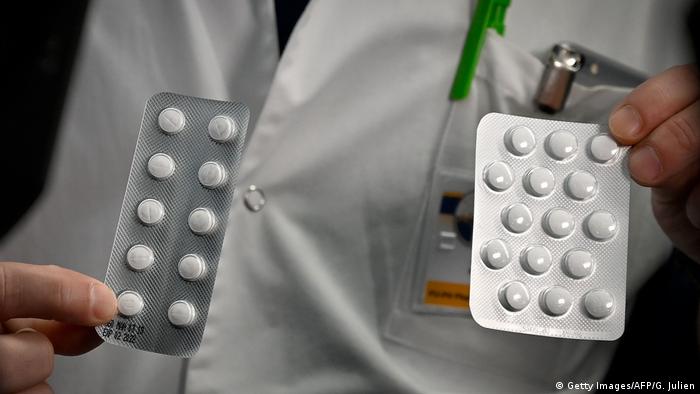 US President Donald Trump on Monday warned India of retaliation over its decision to ban the export of hydroxychloroquine, an anti-malaria drug that is being tested as a possible treatment for patients with COVID-19, the disease caused by the novel coronavirus.

"I spoke to him (Indian Prime Minister Narendra Modi) Sunday morning, called him, and I said we'd appreciate you allowing our supply (of hydroxychloroquine) to come out. If he doesn't allow it to come out, that would be okay, but of course there may be retaliation. Why wouldn't there be," Trump said at a White House press briefing.

India's trade regulator, on Saturday, announced the ban on "exports of the drug and its formulations," the same day Trump had made a request for its supplies in a telephone call to Modi.

New Delhi is, however, rethinking its decision and is likely to make a decision on Tuesday, Indian officials said.

Hydroxychloroquine is an inexpensive drug used to treat malaria, rheumatoid arthritis and lupus. The drug can tame an overactive immune system and has shown to have some positive effects against COVID-19 illness in early studies in France and China.

Scientists, however, believe the evidence isn't sufficient to recommend it for mass usage.

'What have you got to lose?'

Trump last month announced on Twitter that the drug has the potential to become "one of the biggest game changers in the history of medicine."

As the number of deaths in the United States rises, Trump has been promoting the unproven drug in a bid to convey hope. "What have you got to lose," the president said on Sunday.

Medical experts have, however, cautioned against it saying the risk of severe side effects are "great and too significant to downplay."

"People have their health to lose," Dr. Patrice Harris, President of the American Medical Association said. "Your heart could stop." Potential side effects of the drug include vision loss and heart problems.