A 91-year-old nursing home resident reportedly died in Switzerland five days after receiving the vaccine. Authorities said the patient was already ill and a link with the vaccine was "highly unlikely." The death of the 91-year-old in the central canton of Lucerne was widely reported in Switzerland. The Swiss agency for therapeutic products, Swissmedic, confirmed the incident on Monday, but said the patient already suffered from multiple illnesses.

"Clarifications by cantonal health authorities and Swissmedic determined that, as a result of the illness history and disease course, a link between the death and the COVID-19 vaccine was highly unlikely," it said in a statement.

"Neither the medical history nor the acute course of disease suggests a direct causal link between the COVID-19 vaccine and the death," it said.

The regulator said the death certificate would list the previous illnesses as the person's "natural cause of death."

Pfizer and BioNTech said in a statement that they were aware of the incident, and that their "thoughts are with the bereaved family."

"Serious adverse events, including deaths that are unrelated to the vaccine, are unfortunately likely to occur at a similar rate as they would in the general population of elderly and at-risk individuals who are currently being prioritized for vaccination," they said. 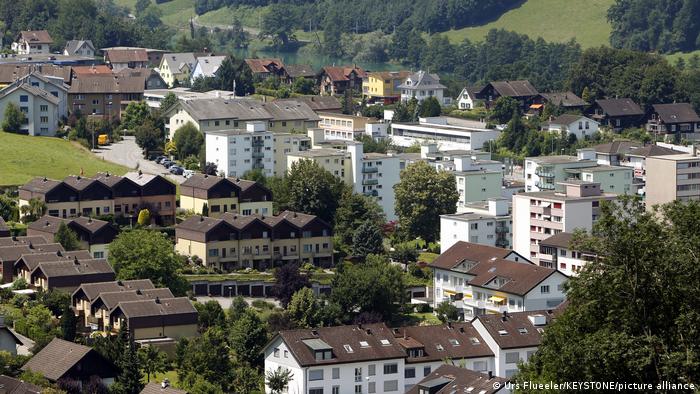 The case was initially reported by a coronavirus-skeptic doctor who passed on the case details, Swiss media reported. According to initial reports, the nursing home resident received the vaccine on December 24 and died five days later. They had reportedly reacted poorly to a flu vaccination in the past.

Millions of people have already been given the BioNTech-Pfizer vaccine without serious side effects. Almost 1.8 million people have died from COVID-19 itself, however, including almost over 7,500 in Switzerland.

In Israel, a 75-year-old man, who had previously suffered heart attacks, reportedly died from a heart attack two hours after receiving the BioNTech-Pfizer vaccine. Israeli health authorities said there did not appear to be a link between the man’s death and his vaccination.

Lucerne administered the first of the 107,000 shots that Switzerland has received so far, with elderly people the first recipients.

Days after Germany began its COVID vaccination drive, Berlin and two other states said they were facing long delays. But the federal health ministry said the next delivery would come "as originally planned."