The state lifted a strict six-day lockdown three days early after contact tracers found that one of the people infected deliberately lied. He led investigators to believe he'd had almost zero contact with the virus. 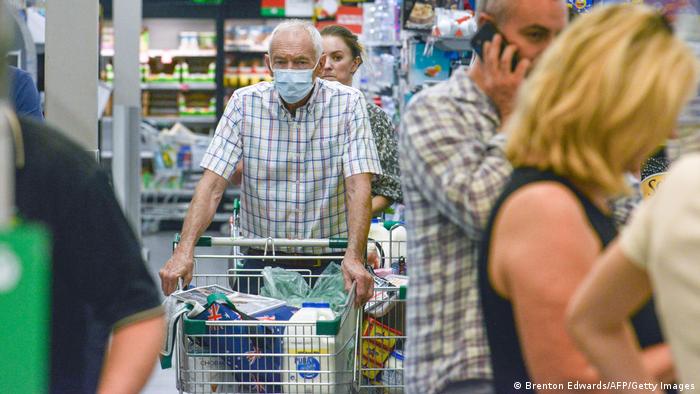 A strict six-day "circuit breaker" lockdown in South Australia was lifted three days early after it emerged that a person who tested positive for coronavirus misled contact tracers.

"One of the close contacts linked to the Woodville Pizza Bar deliberately misled our contact tracing team ... we now know that they lied," state premier Steve Marshall said in a press conference.

Marshall said that South Australians would be allowed to exercise "effective immediately" and that the lockdown would be lifted on Saturday night, instead of Tuesday night as initially planned, and replaced with looser measures.

South Australia Police Commissioner Grant Stevens said the person in question claimed his only connection to a pizza parlor, where one member of hotel staff linked to the cluster of cases worked a second job, was ordering a pizza from it. That led authorities to wonder how contagious a strain must be for a man to have caught it from such limited exposure. Instead, police commissioner Stevens said, it later transpired that the man had actually been working there for "several shifts."

'The cluster is still dangerous'

"I will not let the disgraceful conduct of a single individual … keep South Australia in this circuit-breaking conditions one day longer than what is necessary," said Marshall, as he warned that the cluster was "still very dangerous" and residents should keep getting tested.

"To say that I'm fuming about the actions of this individual is an absolute understatement," he added.

"Had this person been truthful ... we would not have gone into six-day lockdown," said Stevens. Police are also not expected to charge or fine the individual. "There is simply no mechanism for us to actually take any further action," Stevens said.

On Monday, cases in the state jumped from three to 17 overnight.

After seven months of no community transmission, the renewed outbreak in the north of the capital city, Adelaide, spurred the strict lockdown, as a cluster eventually grew to 25 infections. The cluster is thought to have spread from a hotel quarantine worker who passed the virus on to family members.

South Australia has recorded 553 cases since the start of the pandemic. Australia's second most populous state, Victoria, only recently ended a 112-day lockdown, with 4.9 million Melbourne residents placed under "stay at home" orders.

Australia has recorded nearly 28,000 cases and 907 deaths since the start of the pandemic. As a whole, the isolated Oceania region in the Pacific Ocean has been one of the least affected areas in the world during the pandemic.

Residents of the eastern Australian city are now subject to a "stage 4" lockdown due to a surge in coronavirus cases. The premier of Victoria state has compared the situation with recent devastating bushfires.