Melbourne has ended its near 4-month lockdown, allowing shops, cafes and pubs to reopen. Previously Australia’s coronavirus epicentre, the city still plans its famed horse race next week, but without crowds. 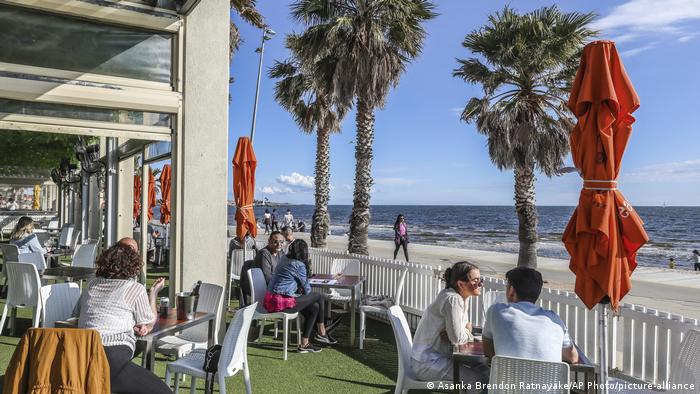 Cafe owner Maria Iatrou said: "People are really enjoying it.. to get out, to be able to sit outside at a table and have a cup of coffee and something to eat."

However, crowds were thin in central Melbourne, with strict spacing rules in retail outlets and contact tracing still applying.

Citing losing an uncle and godmother to COVID-19, Iatrou said it had been "a strain to get through most days.”

Another cafe proprietor and coffee wholesaler Darren Silverman, whose business had been reduced to deliveries and online sales, admitted he stopped his van and wept when he heard on radio that the lockdown would be lifted.

"You've put 30 years of your life into something that's suddenly taken away," said Silvermann. "I felt like I could be forgiven for pulling over and having a bit of a sob to myself." 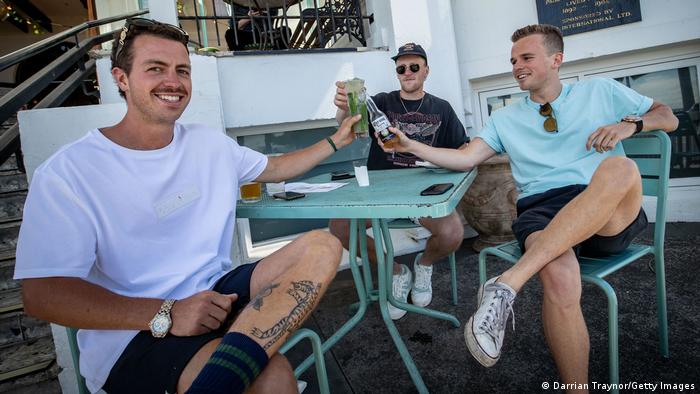 People enjoy a drink at The Esplanade Hotel in St Kilda

What was allowed to reopen?

With its toll down to two Covid-19 deaths overnight and only two new cases of infection, Premier of Victoria Daniel Andrews said "every single Victorian should be proud."

"Around 180,000 workers can return to work on site," said Andrews. However, many others remain under work-from-home orders, leaving many office blocks empty.

Masks remained compulsory on the streets.

Melbourne residents were still confined Wednesday to traveling no more than 25 kilometers (1 6 miles) from home.

Some restaurants said they were already fully booked for the next month. But empty stops in Bourke Street, Melbourne's retail hub, suggested lasting closures.

"It's been like a roller coaster. You're up, you're down. You're open, you're closed," said Mary Poulakis, who has run a clothes boutique for 35 years. 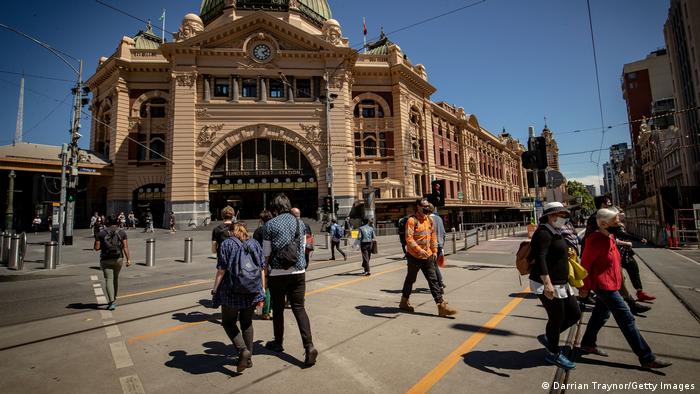 Despite urgings from business and the federal government, the Victoria state government had waited until Monday to ease restrictions. Then, no new infections over 24 hours were recorded for the first time since June 9.

"We've all got be COVID-safe," said Andrews, "we've all got to follow the rules to protect staff, to protect consumers" and to protect what he called "this fragile thing," meaning the virus' local containment.

Victoria has recorded 817 coronavirus deaths since the pandemic started. Most are in care homes.

Restrictions had included an 8 p.m. to 5 a.m. curfew, a 5-kilometer (3-mile) travel limit and a daily one-hour outdoor workout limit. 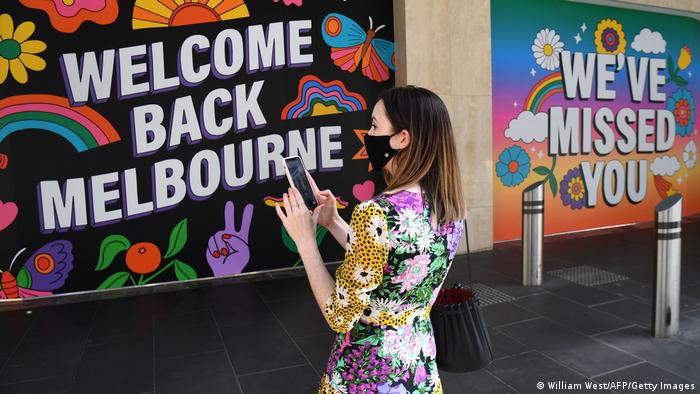 Limited numbers of people are allowed back into shops, bars, cafes and restaurants

Melbourne's famed horse race was set to proceed next week, but without crowds, said Victoria state racing minister Martin Pakula, adding it was not yet a "suitable time” for large gatherings.

The Melbourne Cup, contested since 1861, usually attracts more than 100,000 to the Flemington track, bringing Australia virtually to a standstill.

Discouraging spectators was the "right decision,” sand Pakula, adding it had been "made in the interests of all Victorians.”

Police have arrested several people at an anti-coronavirus lockdown rally in the hardest-hit Victoria state. Despite instructions to adhere to social distancing rules, hundreds of people took to the streets.