Hundreds of incarcerated people across Turkey face major health issues because they are not receiving adequate medical care during the pandemic. Advocates for imprisoned people say the situation is potentially deadly. 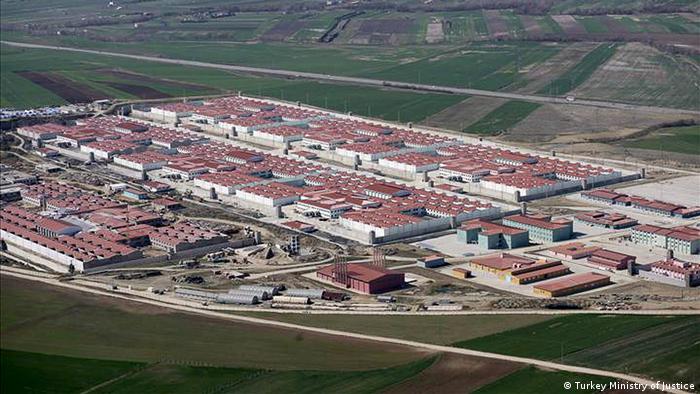 Serdal Yildirim is a paraplegic who shares his cell at Istanbul's high-security Metris Prison with two other men with severe disabilities. Although a court ruled in February that Yildirim should not be in jail for health reasons, the authorities refuse to release him. Sedat Yildrim, Serdal's brother, told DW that Serdal had a damaged liver, among other ailments, and had been waiting six months for an operation. "They give him antibiotics, but these are not working," he said. "His condition has worsened." Furthermore, he said, he was worried because of the increasing number of inmates contracting COVID-19.

Irfan Koc has been in the high-security Menemen prison near Izmir for 18 months and has tested positive. "We requested his release so that he could be treated in hospital or at least house arrest, but we didn't get an answer," his wife, Zuleyha Koc, told DW. Her husband is also suffering from abdomen issues and los lost a significant amount of weight. "The doctor thinks that it is cancer, but we've been waiting for a diagnosis for 16 months," she said.

Read more: Turkey's Pelican group is a state within a state

According to the Human Rights Association (IHD), there are at least 1,600 people incarcerated with serious health problems in Turkey; 600 of them have grave illnesses. The IHD receives new reportts daily.

Berivan Korkut, the advocacy coordinator for the Civil Society in the Penal System Association (CISST), inmates are currently only taken to hospital for emergencies. "There are too many sick prisoners who are not receiving treatment," she said. "And, even if they survive the pandemic, they'll die because their other illnesses were not treated." 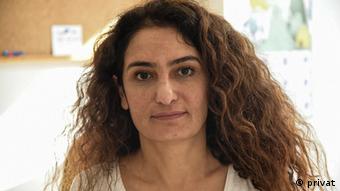 There are currently almost 300,000 inmates in more than 350 prisons in Turkey. In April, about 90,000 prisoners, including people convicted of violent crimes, were amnestied because of the coronavirus pandemic.

No political prisoners, including journalists and opposition politicians, were released in the general amnesty, nor were prisoners with health problems even though they were at higher risk of contracting and spreading the coronavirus. However, the death of a prisoner in October has brought public attention to the issue. The former police officer Mustafa Kabakcioglu died under suspicious circumstances while, officials say, he was sitting on a plastic chair in solitary confinement in a jail in the northeastern province of Gumushane. The coroner is still looking into the cause of death. The authorities have yet to launch a full investigation into the case.

Ömer Faruk Gergerlioglu, a legislator for the Peoples' Democratic Party MP, as well as a doctor and human rights activist, said there had increasingly been similar cases. "Mustafa Kabakcioglu died of a serious illness, alone in his cell. And this was not a one-off. It shows what a catastrophic situation we're in."

According to a new IHD report, at least 14 incarcerated people died of serious illnesses, including cancer and COVID-19, during the summer months. Gergerlioglu said he had made a request for information from the Justice Ministry, which "won't answer our questions and is enshrouded in silence." The most recent official figures are from June, when the ministry stated that six prisoners had died of COVID-19 and that there had been 72 active cases registered. Gergerlioglu said many prisoners were not receiving medical treatment on the official grounds of quarantine regulations.

Read more: A Turkish activist has spent over 1,000 days in prison — without ever being charged for a crime

Korkut, from CISST, saidthe current conditions were particularly difficult for prisoners. "No radio, no TV," she said, "no leaving the cell and getting some exercise."

The IHD reported that, even if incarcerated people were granted an exception and allowed to receive treatment in hospital, they were often subjected to neglect when they returned and forced to quarantine in "cramped and dirty" conditions.