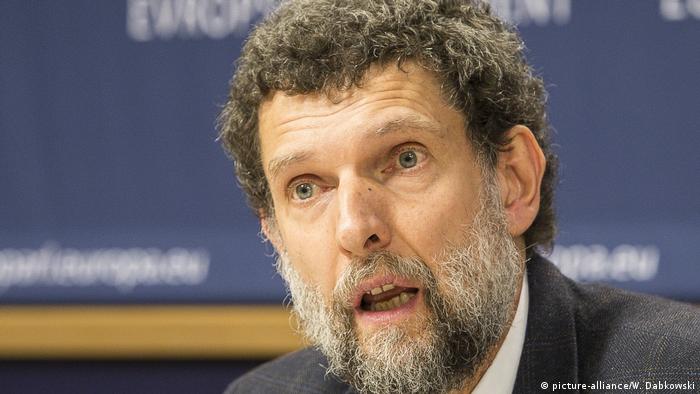 62-year-old Kavala marked 1,000 days behind bars on Monday without ever being convicted of a crime. He has become a symbol of what critics say is a systematic crackdown on civil society and dissent by President Recep Tayyip Erdogan.

"We've had 1,000 days stolen from our life," Kavala's wife Ayse Bugra said at a press event on Saturday. "My husband's mother is over the age of 90 and she doesn't know whether she will ever see her son again."

Kavala is the director of Turkey's Anadolu Kultur civil society organization, which promotes human rights through art. He has supported art and social projects, and is seen as a bridge-builder between communities in a country that is often fiercely divided.

The philanthropist was previously accused of attempting to overthrow the Turkish government during Gezi park protests in Istanbul in 2013, but a court acquitted him in February. He was arrested again just hours after his acquittal as part of a new investigation into allegations of espionage linked to the failed coup that aimed to topple Turkish President Recep Tayyip Erdogan in 2016.

Kavala is now being held in the maximum-security prison Silivri outside of Istanbul.

Global campaign for his release

Human rights organizations across the world have criticized Osman's arrest and called for his release.

"Osman has always seen the value of citizens being actively engaged in peaceful civic initiatives which are for the public good not just for the good of one part of the society," said Emma Sinclair-Webb of Human Rights Watch.

"He is the last person to support any coup attempt and it is truly appalling to see him targeted as he has been and made the pawn in some incomprehensible political game."

The US has also joined the calls for his release with the State Department spokesperson Cale Brown underscoring "the importance of respecting international obligations and commitments."

"We call upon Turkey to comply with its own commitment to justice and rule of law and to release Osman Kavala from detention, while pursuing a just, transparent, and speedy resolution to his case," Brown said in a statement on Monday.

Fighting for Osman Kavala's freedom from Turkish prison with opera

The Turkish civil society activist is nearing 1,000 days in prison. His unjust plight — and his generosity towards two small stowaways in his salad — spurred an opera company in lockdown to show and share their support.