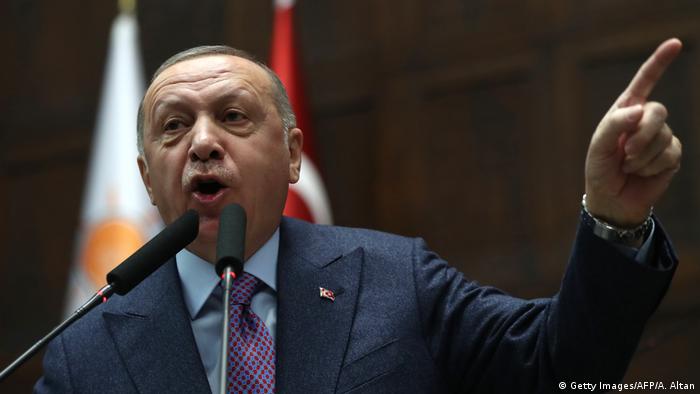 Turkey has begun an investigation into the panel of judges who ruled to acquit defendants in the Gezi protests trial to check whether there were "flaws" in their decision, according to state news agency Anadolu.

The Ankara-based Council of Judges and Prosecutors (HSK), Turkey's legal disciplinary body responsible for judicial appointments, will probe the panel over the acquittal.

The move by parliament and the government-appointed HSK came hours after Turkish President Recep Tayyip Erdogan spoke out against the defendants' acquittals over their alleged role in the 2013 anti-government protests, putting into question the independence of Turkey's judiciary.

Anadolu reported that three judges would be investigated over possible "flaws" in their judgement.

The nine defendants, including philanthropist and rights defender Osman Kavala, were acquitted on Tuesday of seeking to overthrow the government in 2013 by staging mass protests in Gezi Park, Istanbul.

The 2013 rallies initially protested the Turkish government's plans to redevelop an area in the center of Istanbul around Taksim square, including the destruction of Gezi park, one of Istanbul's last green spaces. It then morphed into a protracted, general anti-government protest.

The court near Istanbul overseeing the case found there was not enough evidence to prove Kavala was the architect of the protests as claimed by the prosecution.

The prosecutor said he would appeal against the decision to acquit all nine defendants.

Only hours after Kavala was acquitted, a fresh arrest warrant was issued against him, this time for a separate case, which acuses him of being involved in the failed coup in 2016. He is now accused of attempting to overthrow the constitutional order. Kavala has already spent almost two and a half years in jail.

Kavala's fresh detention warrant sparked criticism from the European Union and the Council of Europe. German Foreign Minister Heiko Maas said Kavala's rearrest was "incomprehensible from every point of view" and called for any new allegations to be cleared immediately.

Erdogan however, denounced "attempts to acquit" Kavala and called for respect for the re-arrest,

On Wednesday, Erdogan renewed criticism against Kavala, whom he accuses of having used US-Hungarian billionaire and democracy activist George Soros to finance the Gezi protests.

"There are Soros-like people behind the curtains who seek to stir up things by provoking revolt in some countries," Erdogan said, in an apparentv referebce to Kavala.

"The Turkey branch of this was in prison, but they dared to acquit him," he added. He accused Kavala of being the "Turkish leg" of Soros, whom Erdogan alleged was behind mass protests in many countries.

Erdogan referred to the Gezi protests as a "despicable attack just like military coups ... just like attacks by terrorist groups."

The acquittal and immediate rearrest on new charges of the philanthropist Osman Kavala is a judicial farce. This is a huge disappointment to the opposition in Turkey, DW's Erkan Arikan writes. (19.02.2020)

A Turkish court has ordered that activist Osman Kavala must stay in jail, where he has been for four years without conviction. He is being held on an espionage charge widely seen as fabricated.

Turkish activist and philanthropist Osman Kavala has been sentenced to life behind bars. Though harsh, this verdict is unsurprising. Turkey's judiciary, after all, does the government's bidding, says DW's Erkan Arikan.