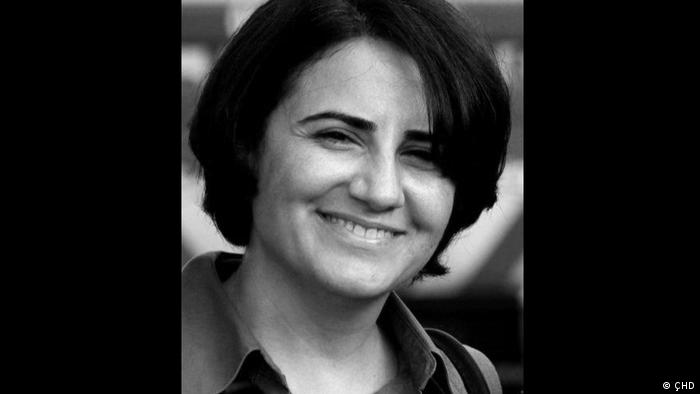 Friends said Ebru Timtik weighed only 30 kilograms (65 pounds) on death in hospital where she and her colleague Aytac Unsal had been transferred in July after going on hunger strike in Istanbul's Silivri prison.

International and local groups, including the Contemporary Lawyers' Association (CHD), had been calling for their release and had questioned the impartiality of courts under President Recep Tayyip Erdogan's rule.

As Timtik supporters approached a northern Istanbul cemetery chanting "Ebru Timtik is immortal" and the "murderous state will be held to account," helmeted police with shields fired volleys of teargas, reported AFP.

Earlier, as a police helicopter hovered overhead, police backed by armored vehicles, had clashed with Timtik supporters. Police tried to prevent a crowd gathering outside the Istanbul Bar Association, reported the newspaper Evrensel.

At least one lawyer was detained in that incident, the paper said.

Timtik's death, of which news emerged Thursday night, follows similar deaths of two left-wing folk musicians in April and May. 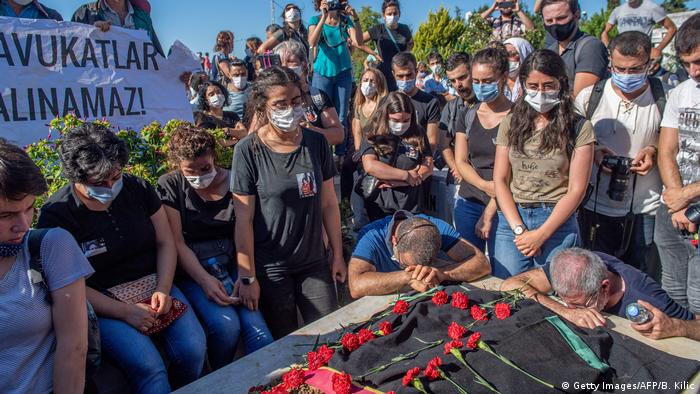 In the past, the Revolutionary People's Liberation Party-Front (DHKP-C) had claimed responsibility for attacks, including a 2013 bombing aimed at the US embassy in Ankara in which a Turkish security guard was killed. 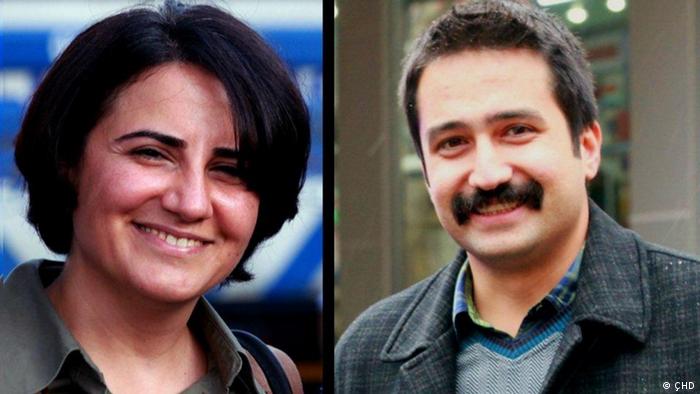 Aytac Unsal, right in picture, was on hunger strike with Timtik

Lawyers' groups had cited flaws at her trial, including the removal of judges who had initially ordered releases from pre-trial detention.

In February, Timtik and Unsal began hunger strikes inside Silivri. A forensic report at the time said the pair was consuming only liquids and vitamins.

Read more:  Press freedom in Turkey — light at the end of the tunnel?

Reacting to her death, People's Democratic Party (HDP) lawmaker Garo Paylan said in a tweet on Friday that Timtik had been "massacred by the tyrants in power."

Kyiv and Moscow traded blame for shelling a POW prison in a separatist region of eastern Ukraine. Meanwhile, Blinken and Lavrov spoke for the first time since the beginning of the war. DW rounds up the latest.