Around 187,000 of the roughly 200,000 Germans stranded overseas due to the coronavirus pandemic have been flown home. The vast majority of those still abroad are in New Zealand. 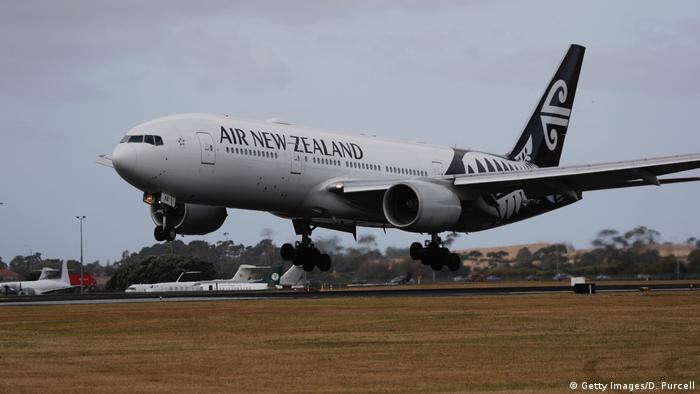 Thousands of Germans stuck in New Zealand due to the pandemic lockdown will be allowed to leave, after the government lifted restrictions on foreigners leaving the country.

The New Zealand government had halted repatriation flights, but on Thursday announced a plan to resume the mercy flights.

"When we moved into lockdown a week ago, the Government rightly prioritised public health, and limited the movement of people so as to restrict the spread of COVID-19. But it is clear that many foreign nationals travelling here do not have the resources or capability to adequately self-isolate, and wish to return home," Deputy Prime Minister Winston Peters said on Thursday.

"We have taken the time and care to develop a seriously detailed plan for the exit of foreign nationals, without endangering the lives of others," Peters said.

Around 12,000 Germans remain stuck in New Zealand — the largest group of Germans to remain abroad.

Foreign Minister Heiko Maas on Wednesday tweeted that Germany had repatriated around 187,000 of roughly 200,000 of its citizens stranded overseas.

Under the new rules announced by New Zealand:

It said further details will be announced on its COVID-19 website.

Flights on Friday and Monday

The German embassy in New Zealand said the first flight out of Auckland was leaving on Friday.

Germans who were allowed on the first flight would be contacted by consular officials, and people not contacted were asked to remain in place.

German ambassador Stefan KrawielickiIt said 11,000 Germans had already registered for the flights, most of them leaving Auckland.

People with confirmed or suspected cases of COVID-19 are not eligible to leave the country and must remain in isolation. New Zealand media has featured many stories of stuck German tourists and the kindness offered to them by the citizens of New Zealand.

One German couple with a baby, who were stranded in a camp site having failed to secure flights back to Frankfurt, were offered a free house to stay in by a nurse who was filling in for sick hospital colleagues in a different city.

Using language evocative of the Cold War, the German government has promised to bring back thousands of stranded Germans. There is now a formal warning to stop Germans leaving the country. (17.03.2020)