A study has revealed a so-called "infodemic" exacerbated COVID-19 suffering through the spread of rumors and conspiracy theories. The research looked into false notions such as drinking bleach and eating cow dung. 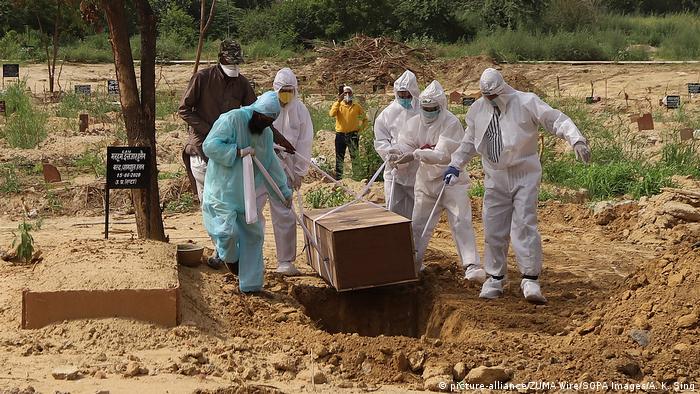 Misinformation about the coronavirus has led to the deaths to at least some 800 people and possibly more, a newly published study in the American Journal of Tropical Medicine and Hygiene showed.

From losing their eyesight to the loss of life, the spread of rumors, stigma and conspiracy theories exacerbated the suffering of thousands of citizens across the globe.

A team of international scientists from various countries, such as Australia, Japan and Thailand, looked at data compiled between December 2019 and April 2020 as part of the study.

"We followed and examined COVID-19-related rumors, stigma, and conspiracy theories circulating online, including fact-checking websites, Facebook, Twitter, and online newspapers, and their impacts on public health," the study said.

The results revealed that roughly 800 people died from drinking highly-concentrated alcohol in the hope of disinfecting their bodies, while 5,900 citizens were hospitalized after consuming methanol, with 60 people going blind as a result.

False info on Indian social media caused a number of citizens to drink cow urine or eat dung, in order to prevent infection, while in Saudi Arabia, camel urine with lime was hailed as a protection against the coronavirus.

The scientists also looked into other rumors, such as eating garlic, wearing warm socks and spreading goose fat on one's chest, as treatment for the potentially fatal virus. Conspiracy theories were also monitored, such as the notion that it’s a bio-weapon funded by Bill Gates to further vaccine sales.

The report, which analyzed data from 87 countries in 25 languages, also found that some Asian citizens and health care workers were repeatedly stigmatized. As a result, they faced increased verbal and physical abuse.

"During the pandemic, there have been repeated accounts of verbal and physical abuse against people of Asian descent, and those involved in healthcare activities," the researchers noted. "Stigmatized people are vulnerable to social avoidance or rejection, poor health-seeking behavior, and physical violence."

As a result of their findings, the scientists urged governments and international organizations to better scrutinize the spread of so-called fake news. They called on them to "cooperate with social media companies to spread correct information."

Only a small number of faithful are taking part in this year's hajj, usually one of the biggest religious gatherings in the world. Authorities have dramatically downsized the pilgrimage to prevent fresh virus outbreaks.