The newly named COVID-19 virus has now infected almost 50,000 people worldwide, with 174 cases on board a cruise ship off Yokohama. Meanwhile, the Chinese Grand Prix is the latest sporting event to be postponed. 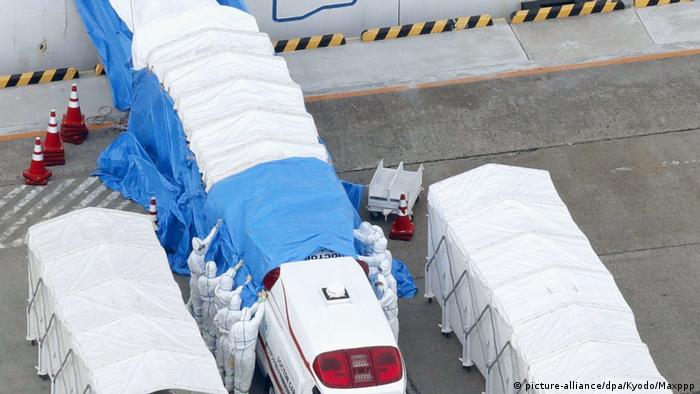 The effects of the coronavirus continued to take hold on Wednesday as Japan's health minister reported a total of 174 cases, plus a quarantine officer, the largest number of infections outside China.

The new confirmed cases from the Diamond Princess cruise ship that had 3,700 people on board makes it the largest single cluster of the newly named COVID-19 virus outside its origin in China, where it has killed more than 1,100.

Read more: Coronavirus: What's it like being quarantined on the Diamond Princess cruise ship?

Two given a clean bill of health in Russia

In Russia, two Chinese nationals hospitalized with COVID-19 since the end of January have now fully recovered from the disease and were discharged from hospitals this week, officials said.

A tourist from China hospitalized in the Zabaykalye region in eastern Siberia was allowed to leave hospital after tests revealed he was no longer infected and "posed no danger to people around him,'' local health officials said.

On Tuesday, a hospital in the Tyumen region in western Siberia discharged a female student who was also diagnosed with the virus. Both patients, officials said, suffered from a mild form of the disease.

WHO: 'More upheaval than a terrorist attack'

Also on Tuesday, the World Health Organization (WHO) said the virus "is more powerful in creating political, economic, and socialist upheaval than any terrorist attack."

Many questions remain about the virus, which emerged at a wildlife market in the Chinese city of Wuhan in December, and is spread by people coughing or sneezing.

WHO chief Tedros Adhanom Ghebreyesus said: "We hope that one of the outcomes of this meeting will be an agreed roadmap for research around which researchers and donors will align." 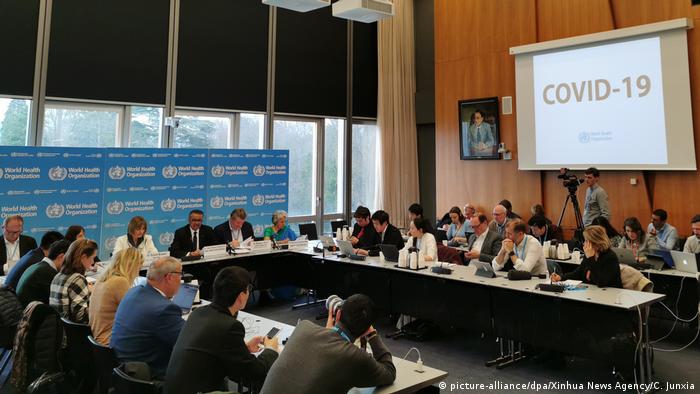 Tedros Adhanom Ghebreyesus speaks to the world's media after a WHO meeting in Geneva, Switzerland

The ramifications of the outbreak have caused disruption to the sporting world, with the Formula One Grand Prix in China the latest to event to be affected. The GP was due to take place on April 17-19 but the sport's governing body, the FIA, and Formula One released a statement saying that they had jointly decided to postpone the race.

"As a result of continued health concerns and with the World Health Organization declaring the coronavirus as a global health emergency, the FIA and Formula 1 have taken these measures," the two bodies said.

The pair will continue to monitor the situation and assess potential alternative dates, Formula One said on their official Twitter page.

A host of international sporting events have been canceled due to COVID-19, including the all-electric Formula E motor racing series that abandoned plans for a race in the Chinese city of Sanya next month.

In addition, a string of golf tournaments have been called off in Asia, including this month's HSBC Women's Golf World Championship in Singapore and the LPGA Thailand. The US LPGA Tour has scrapped three of its most lucrative early-season events across the continent.

China announced Friday they will probe the death of a 'hero' doctor who died from coronavirus after being reprimanded for identifying early cases. Li Wenliang died in the hospital where he worked in Wuhan. (07.02.2020)

Sunday's Chinese Grand Prix in Shanghai was the 1,000th race in Formula One history. Over the years the motor racing circuit has seen many big winners, bad accidents and charismatic personalities. (14.04.2019)