Pakistan is heading toward a coronavirus emergency, yet the response of PM Khan's government has so far been unsatisfactory. Experts say the country could face a huge catastrophe if the authorities don't act properly. 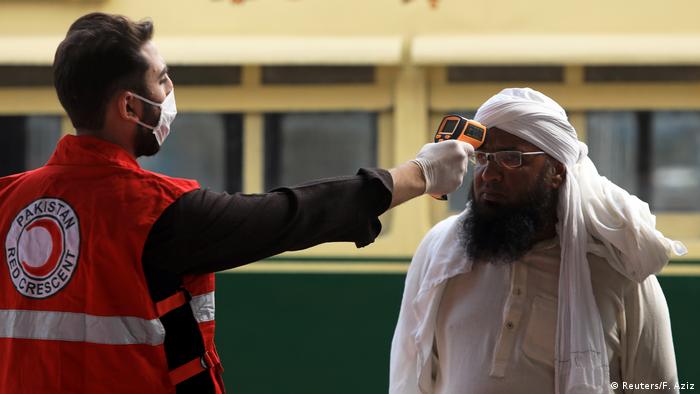 "What can we do about the coronavirus? One can die of a heart attack. Death is inevitable and it could come anywhere," a security guard at a super market in Karachi’s Clifton area told DW on Tuesday.

Other people DW spoke to in Karachi echoed more or less the same views.

Karachi is Pakistan's financial hub with a population of around 20 million people. As of Wednesday, around 30 COVID-19 cases have been reported in the metropolis, and around 250 nationwide, out of which the southern Sindh province has reported more than 181.

Experts say the coronavirus cases in Pakistan are steadily increasing, yet the authorities and the common people seem to be taking the issue lightly.

Pakistani Prime Minister Imran Khan's televised address to the nation on Tuesday was a proof of an apparent complacency, analysts say. Khan said the cases were likely to increase further but there was no need to panic. He also refused to impose a partial lockdown in major cities to contain the spread of the novel coronavirus, officially called the SARS-COV-2.

"If we shutdown the cities - people are already facing difficult circumstances - we will save them from corona at one end, but they will die from hunger on other side," Khan said.

"We did consider shutting down cities when we were at 20 cases ... but I want to tell you all that Pakistan does not have the conditions that are in the United States or Europe. Our country has grave poverty."

Instead of announcing concrete measures to fight the pandemic, Khan urged the people to act responsibly. 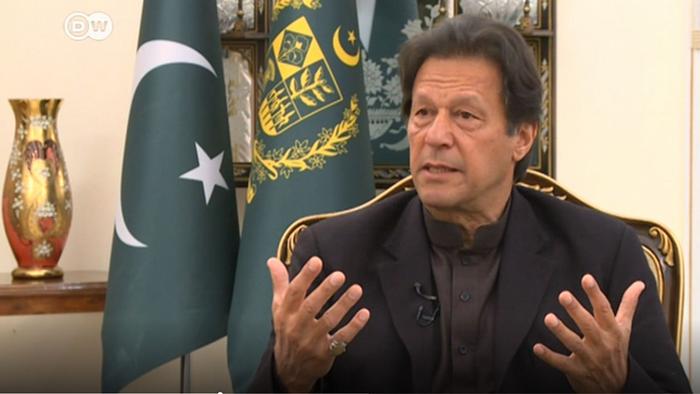 A majority of COVID-19 infections in Pakistan are of pilgrims who returned to Pakistan from Iran earlier this month. The Baluchistan provincial government "quarantined" them at Taftan border with Iran, however health experts alleged that they were badly mishandled by the authorities.

On March 16, the chief minister of Sindh province, Murad Ali Shah, said that PM Khan's federal government in Islamabad extended "zero help" to the Baluchistan authorities in putting pilgrims in quarantine. He alleged that thousands of returning pilgrims were kept together at the Taftan facility, which multiplied infections.

"Crisis cannot be averted until everyone acts responsibly," said Shah of the Pakistan People’s Party, once headed by the former premier Benazir Bhutto.

Shah's efforts to stop the coronavirus spread in Sindh province have been hailed locally and internationally. As the Taftan pilgrims from Sindh were sent to their province by Baluchistan authorities, Shah put them in a makeshift facility in Sukkur city, properly quarantining every individual in separate rooms.

But experts say that Khan's central government has so far not shown a similar resolve to deal with the worsening public health situation.

"The central government has already given up the fight," Amar Sindhu, a human rights activist, told DW. "In comparison, Sindh's Chief Minister Shah has emerged as a real leader who is confronting the issue with a lot of determination," she added.

"Khan's Tuesday address was disappointing. It seems he has not drafted a policy to deal with the situation." 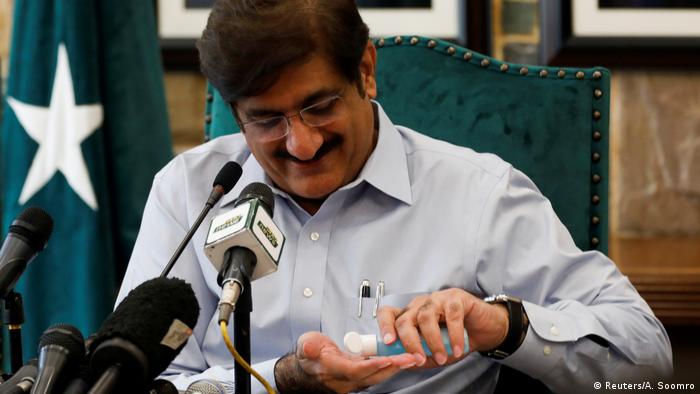 Pakistan's Health Ministry has issued directives for the masses on how to protect themselves from the coronavirus. The government has urged people to avoid public gatherings, wash hands regularly and keep a distance from the virus patients.

Despite these public messages, which are being propagated through mainstream media, many people in Pakistan seem to ignore the instructions. Poverty is rampant in the country, with many people unable to make ends meet. They view the coronavirus as the least of their problems.

At the same time, Khan's government has been sending mixed signals about "social distancing." Unlike Saudi Arabia, Pakistan is yet to impose a ban on mosque prayers and large religious gatherings, fearing a backlash from Islamist groups. The prime minister met with prominent religious clerics to take them into confidence about the health measures.

The next few days are crucial for Pakistan's coronavirus battle. If the cases continue to multiply, the authorities will have to impose a lockdown in many cities, but that is easier said than done. Most people don't follow rules and a lockdown like the one in Italy or China would be hard to enforce in a country like Pakistan.

The country's powerful army said it was monitoring the situation closely. The military has also opened up its health facilities for the coronavirus patients. Should a lockdown become inevitable, only the Pakistani military can enforce it. That would undermine Khan's civilian rule, but people here say that the country is heading toward a state of emergency and the central government is proving to be quite incompetent to deal with COVID-19.