Coronavirus in Germany: No end in sight for travel restrictions

Germany's foreign minister had some bad news for those holding out hope for their summer vacation plans. Travel warnings aren't likely to loosen soon and anyone who travels abroad could get stuck there, he warned. 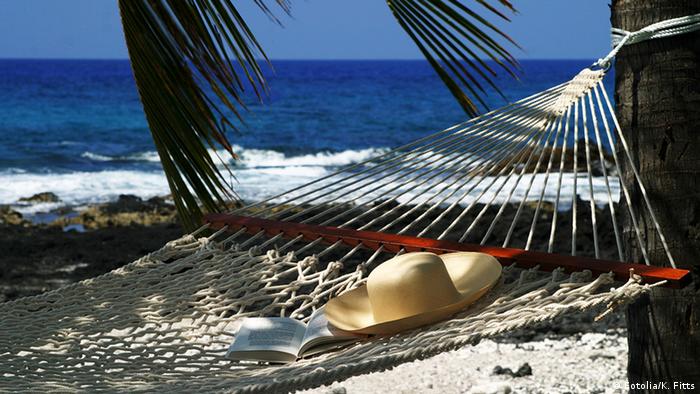 Although Germany is slowly rolling back its COVID-19 restrictions, Foreign Minister Heiko Maas said on Friday that travel warnings aren't going to be relaxed any time soon.

"At the current point in time, I see absolutely no reason to lift the travel warnings," Maas told the mass-circulation Bild newspaper.

He noted that even if Germany were to relax its measures, the curfews and other restrictions that other countries have put in place would make it nearly impossible to go on holiday there.

Follow the latest coronavirus developments in our rolling coverage

Germany issued a global travel warning in mid-March advising against non-essential travel abroad, particularly against travel for tourism purposes. The current warning has been extended to May 3, along with Germany's nationwide social-distancing measures.

The German government will reevaluate the situation from week to week and any loosening of restrictions would need to be coordinated on a European level, Maas noted.

Tourists could end up stranded

Mass warned that if people were to ignore travel warnings and try to continue with their summer vacation plans, the German government wouldn't fly them home from abroad this time.

"We won't be able to do a repatriation program this summer like the one we just did where be brought back 240,000 people," he told Germany's leading tabloid Bild.

The government launched a massive repatriation effort last month to fly home tourists who were stranded by the coronavirus outbreak.

Although 240,000 people have been brought back so far, the government hasn't been able to reach everyone just yet, Maas said. Over the next few weeks flights have been planned to bring German citizens back from South Africa, Peru, Argentina and Pacific Island nations.

Those who have since returned to Germany still likely face a bill from the government for the emergency flights.

Maas said that the government's decision on how much to charge returnees "has been put on hold for now."

"We will make a decision at some point on how we deal with the costs and whether people who used the repatriation flights will be required to contribute."

Auckland will illuminate Sky Tower in the colors of the German flag in recognition of the final repatriation flight. Some 12,000 Germans were stuck in the country due to the lockdown measures. (13.04.2020)