Germany's bumpy repatriation drive — somewhere between an odyssey and an airlift 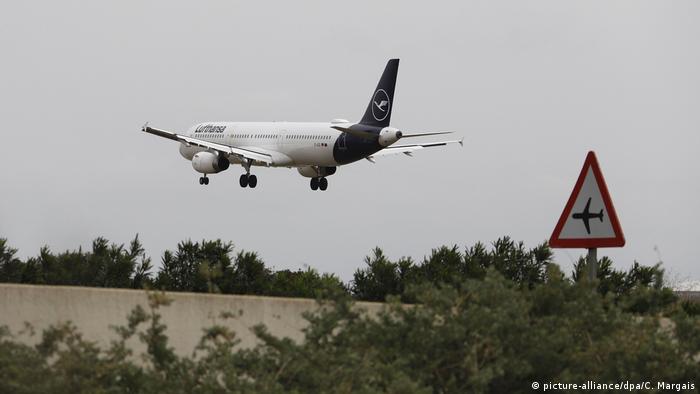 On March 17, the German government issued a global travel warning. When the advisory went out, around 200,000 Germans were located outside of the country, a spokesman for the Foreign Ministry said. The repatriations are ongoing. Attention is now focused on the more difficult cases, where it is not so easy to find a flight.

The situation is particularly difficult for German holidaymakers in India, after the government there imposed a curfew on the entire country. "We need especially strong nerves and also lots of luck. It won't be easy," Germany's ambassador to New Delhi, Walter Johannes Lindner, said in a Facebook video on Wednesday. "We are doing everything we can to bring home as many as possible." 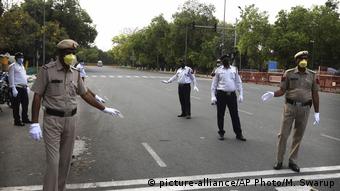 The curfew for 1.3 billion Indians also makes it more difficult for holidaymakers to leave

On Wednesday and Thursday, a large-capacity aircraft is to take 500 passengers from Delhi back to Europe. In the comments on the German embassy's Facebook page, many holidaymakers have expressed their fears and worries that the curfews prevent them from getting to the Indian capital.

Now that many package tour travelers have been repatriated in cooperation with their tour operators and the German Foreign Ministry, individual travelers in particular are now waiting for help in organizing their return to Germany.

For travelers who have not yet been able to return, the Foreign Ministry is urging them to inform themselves about travel and security advice on its website, and in particular to use local embassy websites and social media channels. In addition, there is a crisis center in Berlin, which is staffed daily from 7:00 a.m. to 2:00 p.m. and can be reached by calling +49 30 5000 3000.

Most package holidaymakers have returned home

TUI, the world's largest tour operator, declared on Wednesday that it had almost entirely completed its return program for holidaymakers stranded abroad. Almost 95 percent of the tourists stranded due to the corona pandemic are now back in Germany.

In the space of 10 days, almost 70,000 people were returned to Germany on 350 flights. These were predominantly from Egypt, Spain, Portugal and Cape Verde.

TUI is now working flat out to bring customers safely home from long-haul destinations such as Thailand, Mauritius, Mexico and Sri Lanka by this weekend: "For this purpose, we will also charter aircraft and will take passengers from other tour operators who have spent their holidays in these areas." 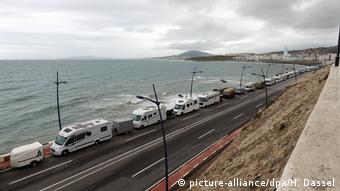 Hundreds of campers are stuck in Morocco because of border closures

Among those still anxious and hoping for a way home are travelers in Morocco, who went by car or camper and have been waiting for days to cross over to Europe by ferry.

The German embassy in Rabat has so far only been able to provide parking spaces for waiting campers in Tangier and wrote on its Facebook page: "There are sanitary facilities and supplies will be provided. We are working on a European solution for the departure of the stranded campers." The comments from those affected fluctuate between gratitude and desperation.

Some of those who find themselves stranded are in countries such as Thailand, which is not currently listed by the German Foreign Ministry as a risk area. DW spoke to the family of a young German volunteer worker, who does not wish to be identified. After hearing racist comments blaming foreigners for bringing the virus to Thailand, the individual decided to try to go home. The German Foreign Ministry advises that commercial flights should be used to leave the country, but many flights are being canceled at short notice. The few remaining direct flights are either unusually expensive or overbooked. The individual decided, after two booked flights were canceled, to try to ride out the crisis in Thailand, but is concerned that foreign nationals will not be treated well should they fall sick. Many German nationals in Thailand are still hoping that the country will be added to the list of risk areas, which would then allow the German government to send planes under their repatriation program.

Many students who until recently were living with host families abroad have now returned home. But even in these cases some are still waiting for help.

Bruno Kornhard is currently stuck in Brisbane, the capital of Queensland. Since December, the 19-year-old high school graduate has been in Australia with his girlfriend on a "Work and Travel" scheme. They had spent the last two months on an apple farm. After the border to the neighboring state of New South Wales was closed, they decided to return to Germany.

Several newly booked flights were repeatedly canceled. Now he is hoping for a flight with British Airways next Thursday. If that flight should also be canceled, the repatriation drive by the German

Foreign Ministry will be his last remaining option. His mother has already put his name on the online list.