The new coronavirus could bring a renaissance to two everyday objects that have recently had a hard time holding their own: paper towels and copper coins. Why? Because they are good for hygiene. 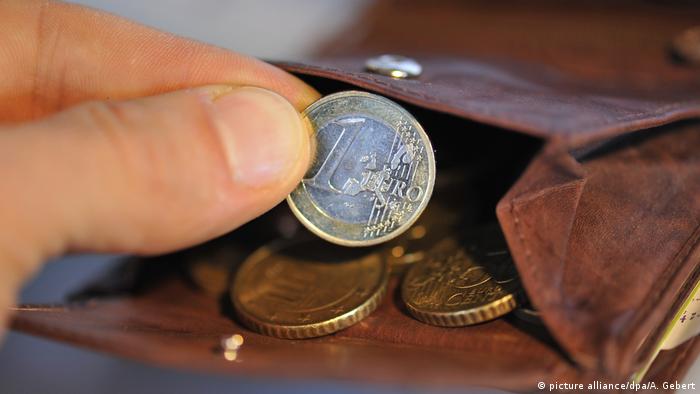 All Euro coins contain copper. They are probably more hygenic than the wallet.

What do paper towels and copper coins have in common? One thing is that they have both increasingly gone out of fashion in recent years.

More and more restaurants, airports and public institutions have gone over to getting rid of towels, instead installing highly effective blowers that use a sharp jet of air to dry your hands in a minimum of time.

Facility managers like to justify this with environmental reasons, saying that doing so reduces waste. Perhaps, of course, saving money also plays a role — but stinginess is not as cool as ecological awareness when it comes to making changes palatable to customers.

The situation is similar with coins. In the EU, there is a lively debate about the sense and nonsense of abolishing 1 and 2-cent coins.

The most common argument put forward for their abolition is that users find having to constantly count out the small coins annoying. But there is also a less popular but no less weighty argument: Minting the coins is more expensive than their face value and therefore uneconomical.

But coin-operated machines are also disappearing more and more from the cityscape. Public utilities, transport companies and parking space managers want customers to pay by mobile phone or card. This saves money because the machines do not need to be serviced.

Bacteria - the threat from our environment

Some people would also like to abolish or ban cash altogether. not least to make life difficult for tax evaders. These advocates of plastic money could now be given a completely new argument: protection against infectious diseases.

Last Thursday, two research groups submitted comparatively small studies, which have not yet been published in scientific journals, within the framework of a specialist congress organized by the European Society for Clinical Microbiology and Infectious Diseases.

The meeting was originally scheduled to start on April 18 in Paris, but was canceled due to the coronavirus crisis.

The two studies go some way to saving the honor of paper towels and of coins — but not of banknotes.

Ines Moura and Duncan Ewin from the University of Leeds, together with their professor, Marc Wilcox, investigated how quickly you can spread viruses on surfaces after going to the toilet, depending on whether you blow your hands dry with an electric hand dryer or use paper towels. Researchers from Leeds carried out similar experiments with bacteria several years ago. 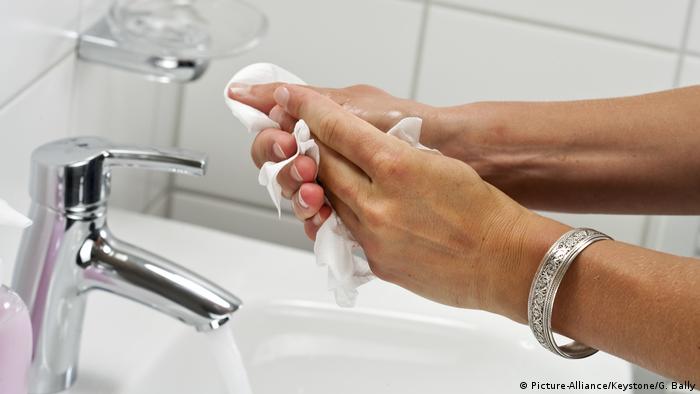 Wash and dry your hand thoroughly. Then germs will have little chance.

For the new experiments, four volunteers initially contaminated their hands with bacteriophages. These are bacteria-eating viruses that are harmless to humans. The volunteers did not wash their hands thoroughly afterward, but only moistened them to simulate sloppily washed hands.

After the hands were dried with either an air dryer or a paper towel, the hygienists took samples to find out how much the viruses had spread on the hands and whether they had also spread to clothing (the test persons wore aprons for this purpose) and surfaces in the surrounding area, such as door handles, handrails, elevator buttons and chairs in the waiting room. In addition, the researchers examined stethoscopes worn by the participants, telephones they touched and office chairs.

The result: Both hand dryers and paper towels reduced the virus contamination on the hands. But for 10 out of 11 surfaces that were touched and examined afterward, the researchers found "significantly greater environmental contamination" after hand dryers were used than when paper towels were employed. 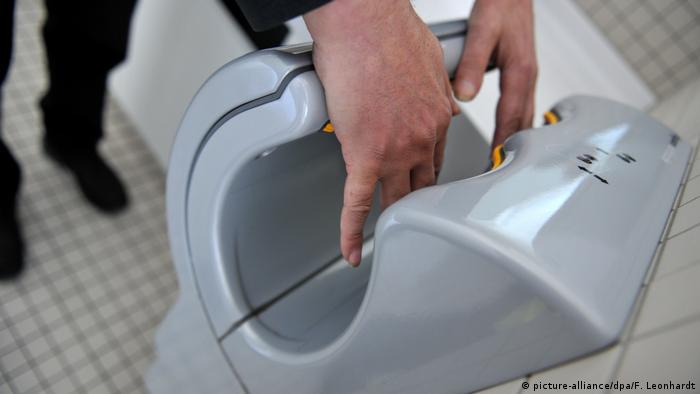 Trendy, but for how long? Experts are debating the cleanliness of Hand dryers.

The researchers also found evidence that viruses were transmitted not only directly from the hands to surfaces, but even from the apron to surfaces — but only after hand dryers were used.

On the basis of their findings, the hygienists have recommended that hospitals refrain from using hand dryers and install paper towel dispensers instead.

A research team led by Professor Johannes Knobloch  of the University Medical Center Hamburg Eppendorf has looked at the bacterial contamination of money. The scientists contaminated 5 and 50 euro cent and 1-euro coins, as well as 5-euro notes, with Enterococcus faecium and Staphylococcus aureus bacteria under conditions that simulated normal skin contact as realistically as possible.

The coins are made of different alloys. The 5-cent coin has a steel core but is made of copper on the outside. The 50-cent coin contains 89% copper, 5% each of aluminum and zinc and 1% tin. The 1-euro coin, for its part, has a golden-looking edge, which in reality consists of 75% copper, 20% zinc and 5% nickel. The silvery looking inner ring consists of 75% copper and 25% nickel. The euro banknote that was examined is made of cotton. 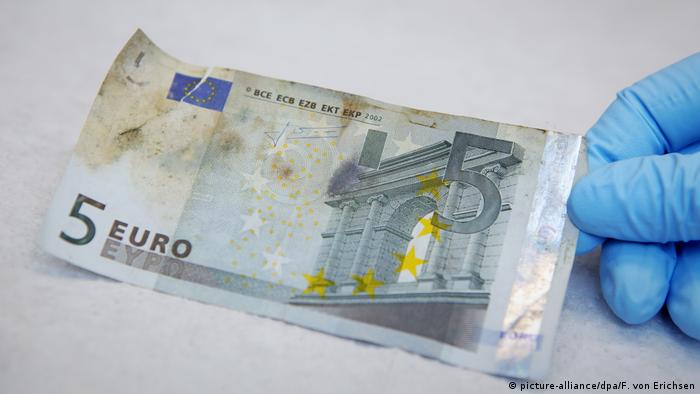 This bank note was contaminated during a flood - a potential carrier of germs.

Coins are cleaner than notes

The result: The bacteria were worst-off on the pure copper surfaces of the 5-cent coins. But all coin surfaces that contained copper had a clear antibacterial effect. Thus, the bacterial load with Staphylococcus aureus was reduced by between 98.7% and 99.5% after 24 hours, depending on the type of coin. With Enterococcus faecium, the reduction was between 96.8% and 99%. The paper money, on the other hand, did not show any reduction.

It is also likely that copper — for example in door handles or handrails — can have a good effect against SARS-CoV-2 viruses. An international research team recently pointed out relevant findings in a joint letter to The New England Journal of Medicine.

It has been proven for many years that copper door handles are very effective against bacterial hospital germs.

Perhaps this should give the central banks food for thought as to whether it might not be better in future to issue coins worth 5, 10, 20, 50 and 100 euros.

However, the fact that coins are much easier to counterfeit than banknotes, with their sophisticated security features,  argues against this.

Alternatively, it might be a good idea to wash banknotes at a temperature of at least 60 degrees Celsius — and preferably throw your wallet in the wash with them.

From a hygienic point of view, however, contactless and cashless payment remains the safest option, because "even coins might act as vectors for the transmission of microbes," the authors of the Hamburg study emphasize.

Inside Europe: Are eurozone wallets about to get lighter?

A lot of us haven't had a common cold in ages. Masks and social distancing have played their part. But is it good — much less, possible — to block every single virus?