Copper: a handle on staying healthy

Hospital germs are as dangerous as they are unavoidable. But a clinic in Hamburg is fighting back with copper door handles - an experiment that may have huge implications for hospitals and more. 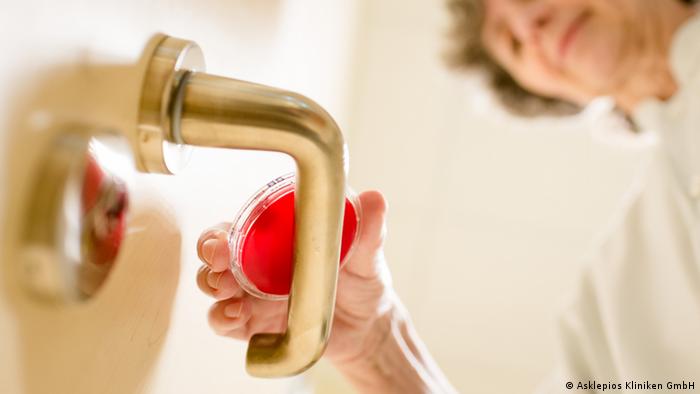 In hospitals, door handles offer plenty of surface area for bacteria to multiply. They're handled thousands of times per day and regular cleaning doesn't help. Certain microbes reproduce rapidly on them.

It's a problem that has attracted the attention of the Asklepios Clinic Harbur in Hamburg, which began a project to replace its door handles with copper alternatives.

The results of the test were astonishing.

When compared to handles of stainless steel or artificial materials, copper reduced microbes by 50 percent.

"We were able to determine that, on copper handles, fewer pathogens were traceable," says Susanne Huggett, who heads the clinic's large-scale MEDILYS laboratory.

In Germany alone, between 400,000 and 600,000 hospital patients each year are infected with dangerous bacteria.

This can affect wounds or even lead to pneumonia. Roughly 15,000 patients die each year due to infections picked up in hospitals. 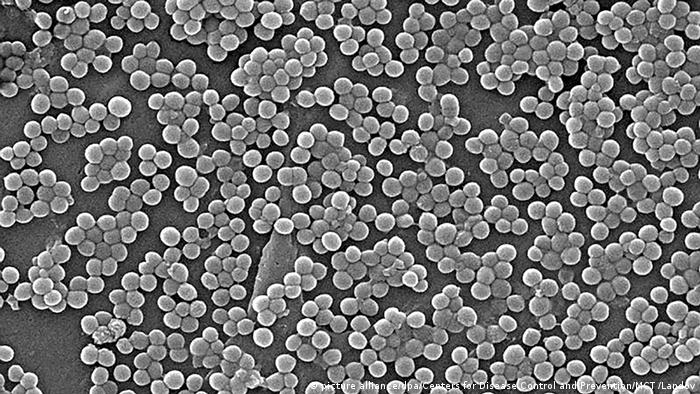 Staphylococcus aureus, the resistant variety of which is MRSA, magnified at 4,780 times

Why does copper work so well?

The metal is antibacterial - a fact demonstrated in 2008 and 2009 by the same Hamburg clinic in conjunction with Germany's Copper Alliance, a professional association whose aim is to find new ways to use copper.

Handles made of 70 percent of the metal were shown to reduce levels of bacteria, fungi and viruses - relevant not only in clinical areas of a hospital but also in the more sensitive, intensive care units.

One current high-risk pathogen, for example, is the antibiotic-resistant MRSA, within the Staph family of infections.

In a recently opened wing, the clinic has installed about 600 copper handles, making it the largest such project in the Europe or US. 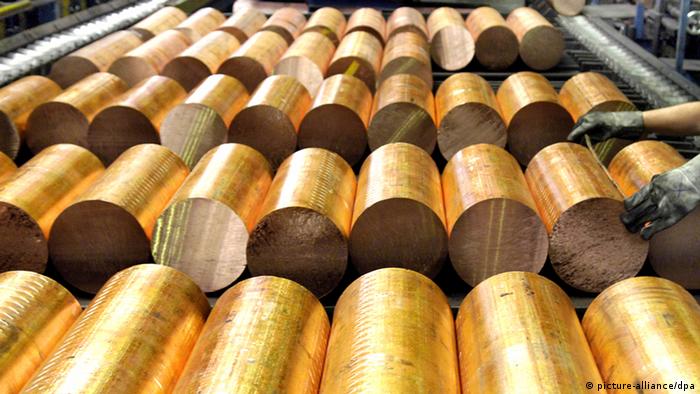 So beautiful... and then it turns green

But it looks dirty!

Copper furnishings do have a superficial disadvantage, however. They often look dirty, even when freshly cleaned. 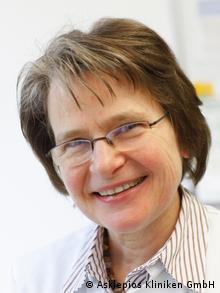 In addition, says Hugget, "the handles were discolored, since they were regularly - at least once per day - cleaned with surface disinfectant."

The laboratory director adds that while the greenish hue of oxidized copper might appear beautiful on roofs or rainspouts, green door handles leave the impression of an unsanitary clinic.

That observation - even if based on aesthetic rather than hygienic concerns - was passed along to the manufacturer.

Now the clinic is trying out its newest handles, which are made of a different copper alloy.

"We'll continue the tests we began this summer within the clinic's daily routine."

A second disadvantage is that copper handles are 50 percent more expensive than high-quality stainless steel equivalents.

And they're not intended to replace good practice.

Huggett says "copper is an additional building block" that should remind personnel to further good hygiene habits - and not replace them.

That said, door handles might just be the start for the clinic. The idea could be transferred to other things such as wheelchair parts, levers used to move beds up and down, electric door buttons, and even cash machines are all frequent contact points that can spread life-threatening microbes.

So soon we may be living in a copper world.

Deadly microbes a driver for the globe's biodiversity

Most of the globe's biodiversity is invisible to the bare eye. Yet, microbes were vital in bringing about today's diversity of plants and animals. Even the deadly Ebola virus has its place in the grand scheme of things. (04.11.2014)