The German pharma company cited "the unprecedented context of at least 13 variants" in explaining why its vaccine fell short of expectations in an interim analysis. 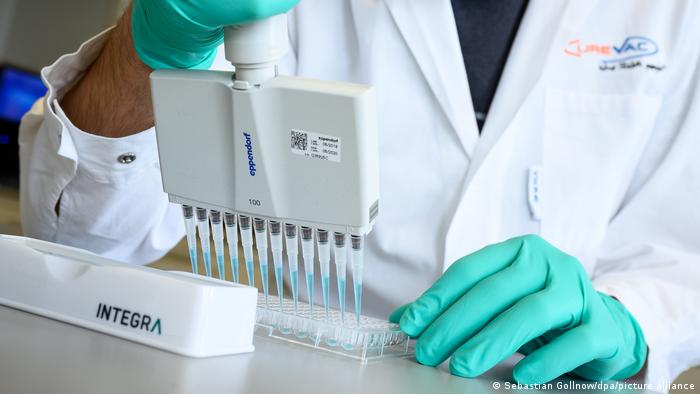 After an interim analysis of the vaccine, the Tübingen-based company released a statement saying: "CVnCoV demonstrated an interim vaccine efficacy of 47% against COVID-19 disease of any severity and did not meet prespecified statistical success criteria."

The company cited the "unprecedented context of at least 13 variants circulating within the study population subset assessed" for the disappointing result, as well as varying responses across different age groups.

The disappointing efficacy of the vaccine emerged from a study based on 134 COVID-19 cases among 40,000 volunteers across Europe and Latin America.

Like the shots developed by faster competitors BioNTech-Pfizer and Moderna, CureVac's version is based on novel mRNA technology.

But the BioNTech-Pfizer and Moderna vaccines have proved to be more than 90% effective in preventing illness. The World Health Organization has said vaccines with an efficacy above 50% are worth using.

CureVac CEO Franz-Werner Haas said that as the interim results showed there was only one case of COVID-19 attributed to the original variant, the trial "underlines the importance of developing next-generation vaccines as new virus variants continue to emerge."

Can the EU loosen pandemic restrictions as a bloc?

Despite its shortfalls, CureVac believes it has advantages over its mRNA rivals.

CureVac's shot can be kept at standard refrigerator temperature, unlike the first-generation Pfizer and Moderna vaccines which require ultra-cold storage.

The European Union has secured up to 405 million doses of the CureVac vaccine, with 180 million of those doses optional.

The AstraZeneca vaccine was praised for its cost-effectiveness and its easy-to-store advantages. But recent cases of blood clots linked to the vaccine have led to doubts about its safety.