Munich will partially ban alcohol if coronavirus cases reach a certain threshold. The rule comes amid an uptick in infections in the city, often dubbed Germany's beer capital. 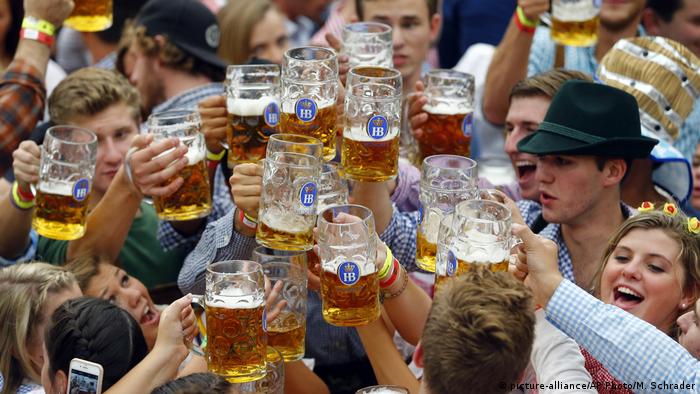 Munich is known around the world as a haven for beer lovers. It hosts the annual Oktoberfest beer festival, which was called off this year due to coronavirus concerns.

"The decision was difficult for us all," said Munich Mayor Dieter Reiter, a Social Democrat. "But in times of a pandemic, it is first and foremost a matter of protecting the population and avoiding, as far as possible, even more burdensome measures."

Drinking in public spaces is legal in Germany and is common throughout the country during times of warmer weather. The practice has grown particularly popular during the coronavirus pandemic, and a number of parks and squares in central Munich have seen large crowds during the summer.

Over the weekend, several neighborhoods in the northern city of Hamburg issued bans on alcohol sales, and the Bavarian city of Bamberg has implemented similar measures.