Many French companies are still open, despite the country's lockdown. But some employees feel at the mercy of the virus and threaten to withdraw work if no additional protective measures are taken. Lisa Louis reports. 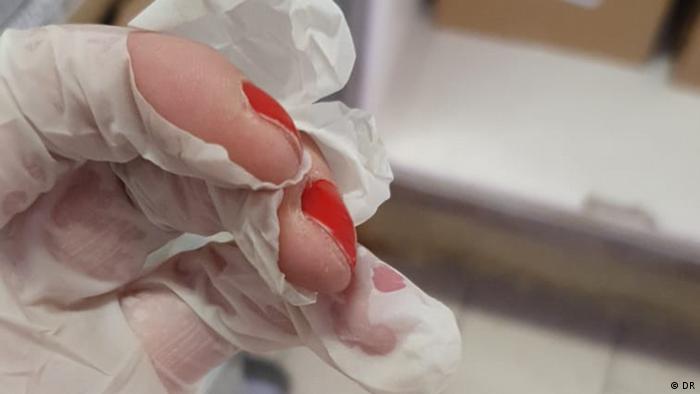 Henda* feels like she has been fighting windmills since last week. Not only because, every day, hundreds of customers are taking the Monoprix supermarket, where she has been working for the past 17 years, by storm. But also because she feels left behind by her managers, who she says don't do enough to protect her and her colleagues from the virus.

Just like her, many other employees feel insufficiently protected while continuing to work despite the lockdown. Some of them threaten to withdraw from work unless additional protective measures are being taken. That could slow down the French economy even further — especially if workers in so-called essential sectors were to stay at home.

"They are using us as cannon fodder. They are sending us to the front on our own without giving us the necessary means to protect ourselves," the 57-year-old cashier told DW.

"During the first few days after the announcements, our supervisor completely ignored our demands to provide us with face masks and gloves. I had to organize them myself. And we employees had to come up with a system to control the flow of customers at the entrance so that there wouldn't be too many of them in the shop at any one time."

A ban to wear face masks and gloves

France last weekend ordered all so-called nonessential shops, such as bars and restaurants, to temporarily shut down. Schools and universities had to close on Monday. And since Tuesday, a partial lockdown has been in place across the country. For at least the next two weeks, but probably longer, people in France will only be allowed to leave the house for certain reasons and if they show an affidavit signed by themselves. Essential companies, such as supermarkets, remain open just like those where people can't work from home.

Employees in other, essential sectors also claim that their employers don't take the necessary steps to protect them from the virus. These sectors include banking, postal services and the police. Several postmen have withdrawn work and some policemen threaten to no longer do the necessary checks to implement the lockdown. "The government has prohibited that we wear face masks and gloves during these checks — except for when people show symptoms or declare to be infected with the virus," Thierry Clair from the police union UNSA said to DW.

"But that's absurd! It's well known that there are many infected people who don't show symptoms."

Laurent Degousee from the SUD union thinks that continuing to work despite a lack of protection is even more absurd in nonessential companies. The 49-year-old represents workers at online shopping company Amazon's site Saran in central France. "I don't understand why Amazon has to be kept open — they hardly sell any essential goods," he told DW. "My colleagues there work on the assembly line and have to stand really close to each other. They have neither face masks nor disinfectant."

Meanwhile, Amazon has announced it will only deliver essential items for the time being.

'More companies are essential than you would think'

But Partick Martin, vice president at employer organization Medef, retorts that face masks and disinfectants are in short supply in France and that those available need to go to health personnel. "Our 100,000 member companies are doing everything they can to protect their employees — after all, that's in their own interest," he said to DW.

"But our economy can't afford to close down even more businesses either. Especially as there are more essential companies than you might think — such as those that provide plastic necessary to wrap our food. Employees should think of that before withdrawing work — even though I understand that they might be scared. We need to prevent the economy from completely grinding to a halt." 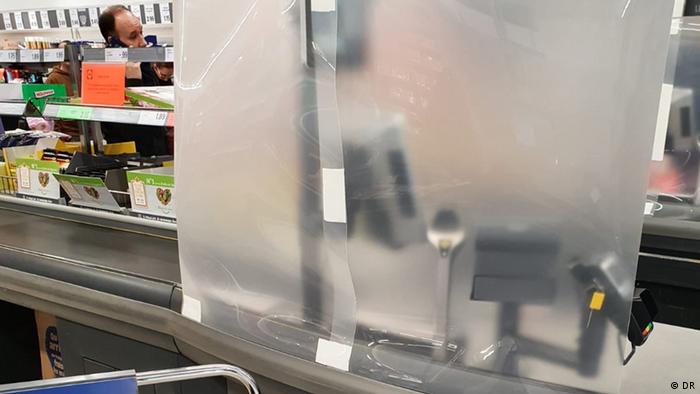 The government has been urging employees of essential companies to keep on working. It has also prolonged a rule, created during the yellow vest protests last year, which allows certain companies to pay their employees a tax-free bonus of up to €1000.

But Christian Gollier, head of the Toulouse School of Economics, says the government and companies need to do more to prevent such an economic standstill. He estimates that France's GDP will already shrink by up to 15% this year, should the lockdown go on for about two months. "It's the government's job to make sure that the employees are sufficiently protected at work, for example through face masks. And companies should pay their employees high enough bonuses to incite them to keep on working," he told DW.

Marc Touati, economist and head of Paris-based investment company ACDEFI, thinks keeping essential businesses open is crucial for one particular reason. And that the government should therefore inject as much money as needed — for example through subsidies for struggling SMEs as recently promised. "We don't have a choice — even though our public debt already is at 100% of our GDP and we don't have much leeway," he explained to DW. "But if we don't keep the economy going at a minimum, that could trigger riots and looting."

Will the French stand united despite their individualistic culture?

Sociologist Remy Oudghiri, general director at consultancy Sociovision, agrees that financial incentives for workers will be needed. "The employees at the front feel doubly treated unfairly," he said to DW. "They are being exposed to a higher risk of infection and, at the same time, badly paid. The current situation makes them feel even more excluded from society."

And yet, his fellow sociologist Jocelyn Raude at Rennes University for Health Studies EHESP  doesn't believe that many employees will eventually stay home. "France has an individualistic culture like many other European countries and that means people will at first hide away because they are afraid," he told DW.

"But studies show that in the times of catastrophe, man is very resilient. After an initial panic reaction, people tend to stand together in solidarity."

At least cashier Henda should be living proof of that. She has threatened to no longer show up for work, but it seems unlikely she will really go through with her threat. "I am scared every day at work," she said. "But I also know that the country needs us. We can't just close the supermarkets — where would people buy food then?" She only hopes that her employers now regularly provide for face masks and gloves. That would make her feel at least a little less exposed.

And maybe, her supermarket will heed the example of retail chain Auchan, which has announced it will pay many of its employees some extra €1,000 as a sign of gratitude for the job they've been doing.