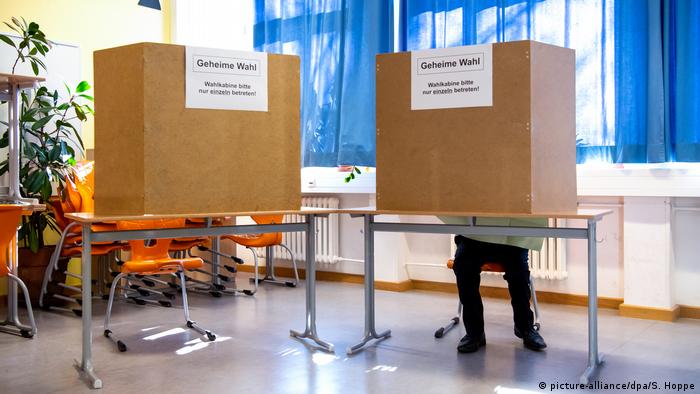 Local election polls closed in France and in Germany's southern state of Bavaria Sunday evening, after politicians urged voters to go out and cast their votes despite calls to otherwise avoid public spaces amid a rise in COVID-19 cases in both countries.

In France, polling organizations said there was a significant drop in turnout compared to local elections in 2014.

French Health Minister Olivier Veran told local media that health experts had said the election could go ahead, but that he will consult them again about whether to hold the second round of voting planned for next week.

French Green Party leader Yannick Jadot called for runoff voting to be postponed. Far-right leader Marine Le Pen said it "will clearly not take place" and that it is "time for a battle for health."

On Saturday night, France shut down all unnecessary public spaces including cafes, restaurants, gyms and cinemas, and residents have been ordered to stay at home to curb further spread of COVID-19. 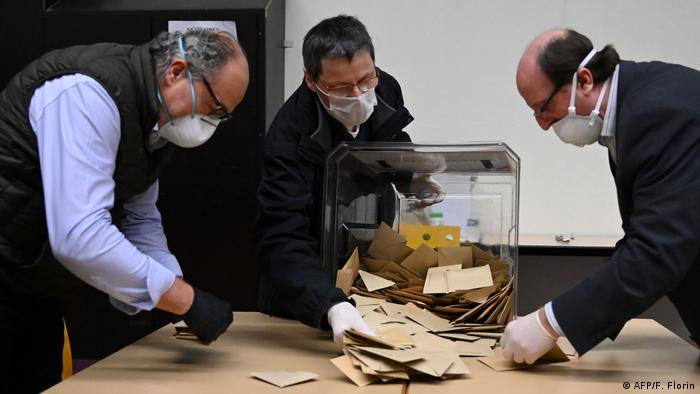 Local elections in France saw a significant drop in turnout

The government has also closed indefinitely all schools, universities, childcare centers, and banned gatherings of more than 100 people, throwing into question the rationale for holding the polls.

Macron urged voters to turn up

But French President Emmanuel Macron had insisted that voters turn out to elect mayors and municipal councils to protect local democracy.

"It is important, following the advice of scientists which we have done, to ensure the continuity of our democratic life and that of our institutions," Macron said.

A recent opinion poll showed that 28% of potential voters in France were "concerned" about the risk of infection at polling stations, which are often set up at schools.

France, one of the worst-hit countries by the novel coronavirus in Europe, has over 4,400 confirmed cases and 91 deaths to date.

Officials had ordered stepped-up hygiene measures at polling stations, including providing hand sanitizer and keeping voters spaced out as they waited in line.

The two-round local polls are an important mid-term test for Macron. His party dominated Paris during the 2017 presidential elections but he has since lost support over his autocratic leadership style and perceived favoritism of France's rich and the elite.

Across France, some 47.7 million people are registered to vote in around 35,000 municipalities. The second round of voting is scheduled to take place on March 22.

Voter participation up in Bavaria

Meanwhile, municipal elections in the southern German state of Bavaria went off with higher voter turnout than the last election six years ago, despite the state fending off one of the worst coronavirus outbreaks in the country.

Bavarian Minister President Markus Söder of the conservative Christian Social Union (CSU) party said all preemptive health measures had been carried out as planned. Polling stations were equipped with disinfectant gel and sinks for hand-washing.

Approximately 10 million people were eligible to take part in 4,000 state-wide polls for some 40,000 mayors and city or municipal councils positions, as well as those at the district and county council level.

Officials say they noted an increase in postal voting this week, showing that the public's desire to have their voice heard remains high despite the COVID-19 outbreak.

Bavaria counted 681 infections on Saturday — an increase of 123 cases compared to the day before — out of 3,800 confirmed infections across Germany.

German states have stopped public gatherings of more than 100 people. Schools and kindergartens will also be shut in most states until after the Easter holiday in April.

The Bavarian elections are a litmus test for local parties following the 2018 state elections and European elections held last year.

"The challenge is immense," Söder told a local news conference ahead of the vote.

In Munich, the mayoral election will now head to a runoff vote to be held on March 29, but incumbent Dieter Reiter of Germany's Social Democrats came away with a significant lead over challengers from the Green Party and Söder's CSU. With around 80% of votes counted, Reiter had 48% of support, compared to just 21% for each of his main rivals.

Votes from municipal elections take longer to count and results are expected to come out over the coming days. Runoff elections will also be held in Nuremberg, Augsburg, and for any poll where no candidate took home over 50% of the vote.

For the runoff elections, state officials have decided that all Bavarian voters will automatically receive the necessary paperwork to vote by mail.