The pandemic has again delayed Christian Democrat efforts to find a party leader to follow Angela Merkel. Originally scheduled for April, then for December 4, the CDU party conference might only take place virtually. 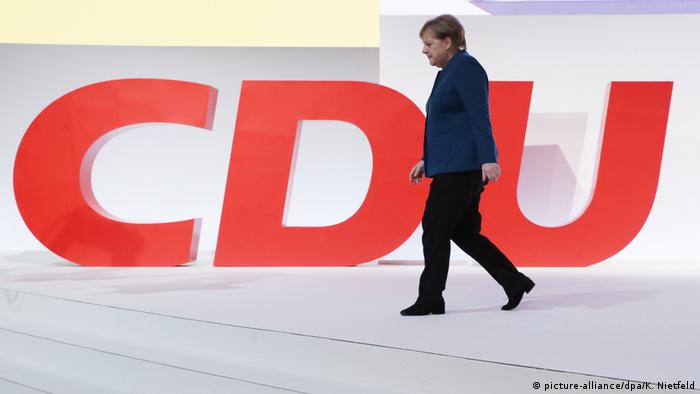 Germany's Christian Democrats (CDU) on Monday postponed their already-delayed party conference that would seek a new party leader and potentially a new German chancellor after two decades with Angela Merkel at the rudder.

The December 4 event in Stuttgart will be delayed pending an improvement in the COVID-19 situation in Germany, after a week in which Germany recorded more fresh cases than any other on record. CDU officials hope to be in a better position to decide when a conference can go ahead — and whether it can be an in-person event or must take place via videoconference — by the middle of December, or possibly a month later.

CDU Secretary General Paul Ziemiak said party officials were looking into whether holding a virtual conference and postal ballot would be legally permissible, while also monitoring pandemic-related developments to see if a physical conference would prove possible in the end.

One of the three candidates to replace Merkel, Friedrich Merz, had appealed against the delay. Merz claimed a segment of the "party establishment" was against him becoming CDU chairman, saying the conference delay had "little or absolute nothing to do" with concerns about delegates potentially spreading the coronavirus.

Merz is deemed the most conservative of the three hopefuls, he's also trying to return to politics after several lucrative years out working in the private sector. 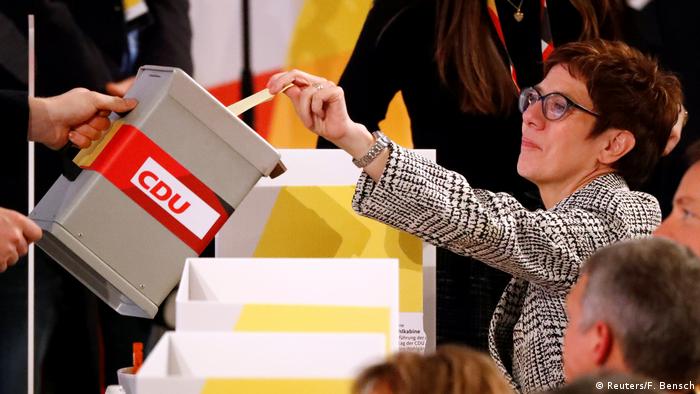 CDU members have already voted once, back in 2018, but victor Annegret Kramp-Karrenbauer withdrew from the role earlier this year

Röttgen said that given the "bitter" unpredictability of the pandemic, Germans expected the CDU to be a "stability factor in difficult times."

The party's succession convention should take place in the European spring, he said, "preferably at a party convention and, if necessary, by postal vote.

Economy Minister Peter Altmaier, a former head of the chancellery office, and Bavarian state premier Markus Söder of the allied CSU had also both called for a postponement.

2021 is a major election year in Germany, culminating with the national polls on a Sunday between August and October that's yet to be determined formally. Prior to that vote, regional elections will take place in Rhineland Palatinate, Baden-Württemberg, Thuringia and Saxony-Anhalt.

The chances are high, though it is not guaranteed, that Merkel's successor as CDU chair would also be the CDU/CSU candidate for chancellor in the federal ballot next year. Some are treating Bavaria's Söder of the CSU as a credible rival for this role from the CDU's sister party.

Following in Merkel's footsteps has already proven something of a poisoned chalice. An early effort from the CDU to name a successor, Defense Minister Annegret Kramp-Karrenbauer, and to set her up as chancellor candidate ultimately backfired. In February, Kramp-Karrenbauer announced her intention to withdraw from the position once a replacement could be found, reopening the race.

Despite continued speculation, Merkel has repeatedly rejected rumors that she might seek a fifth term after all.