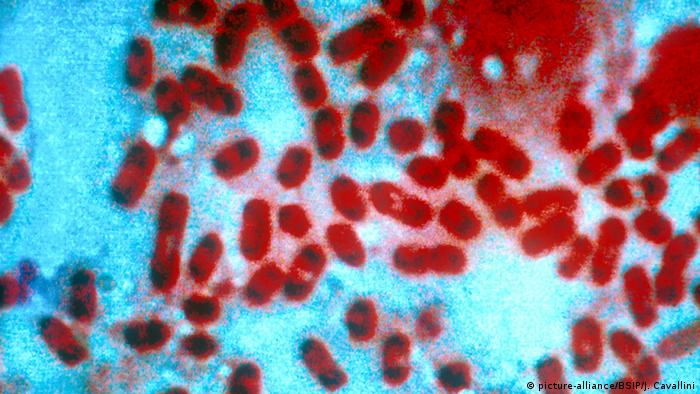 Security experts from the Council of Europe have warned that the global coronavirus outbreak may increase the use of biological weapons by terrorists in the future.

"The COVID-19 pandemic has shown how vulnerable modern society is to viral infections and their potential for disuption," the council's Committee on Counter-Terrorism said in a statement.

The deliberate use of disease-causing agents — like viruses or bacterias — as an act of terrorism "could prove to be extremely effective."

Damage to humans and economies could be "significantly higher" than that of a "traditional" terrorist attack.

The council's security experts called on the 47 Council of Europe member states to prepare to fight a biological weapons attack by engaging in training exercises.

"The Council of Europe has no concrete evidence of a heightened threat from bioterrorism due to the pandemic," spokesperson Daniel Höltgen told DW. "It does, however, underline the need for continued international cooperation in this field."

UN Secretary General Antionio Guterres said in April he sees a growing danger of bioterrorism attacks that aim to create a pandemic similar to that of the coronavirus.

The Council of Europe is based in Strasbourg, France. Its aim is to uphold human rights, democracy and the rule of law in Europe.

US intelligence says COVID not developed as biological weapon 29.10.2021

A report released by the Office of the US Director of National Intelligence (ODNI) said Chinese officials did not have foreknowledge of the virus before the outbreak occurred.