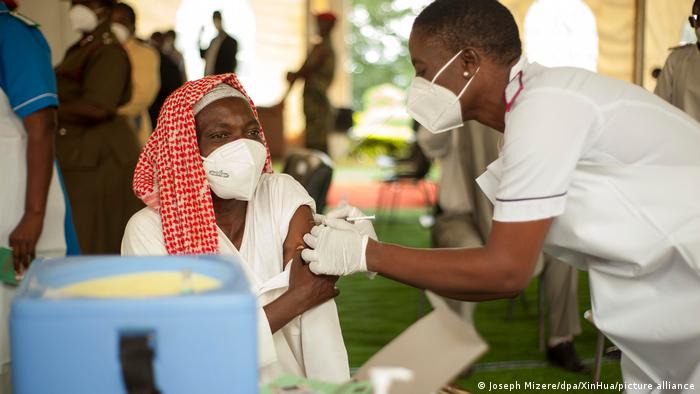 The World Health Organization (WHO) on Thursday said that 20 million doses of the AstraZeneca vaccine are needed in African countries within six weeks to make sure second doses can be administered within the recommended time frame.

The WHO emphasized the importance of maintaining the recommended interval of eight to 12 weeks between doses to ensure an 81% protection rate against COVID.

Additionally, the WHO said another 200 million doses of any coronavirus vaccine are needed in Africa in order to vaccinate at least 10% of the continent's population by September.

"Any pause in our vaccination campaigns will lead to lost lives and lost hope," Moeti said.

Only 28 million doses from various vaccine manufacturers have reached Africa so far, according to WHO data. This corresponds to fewer than two doses per 100 people. 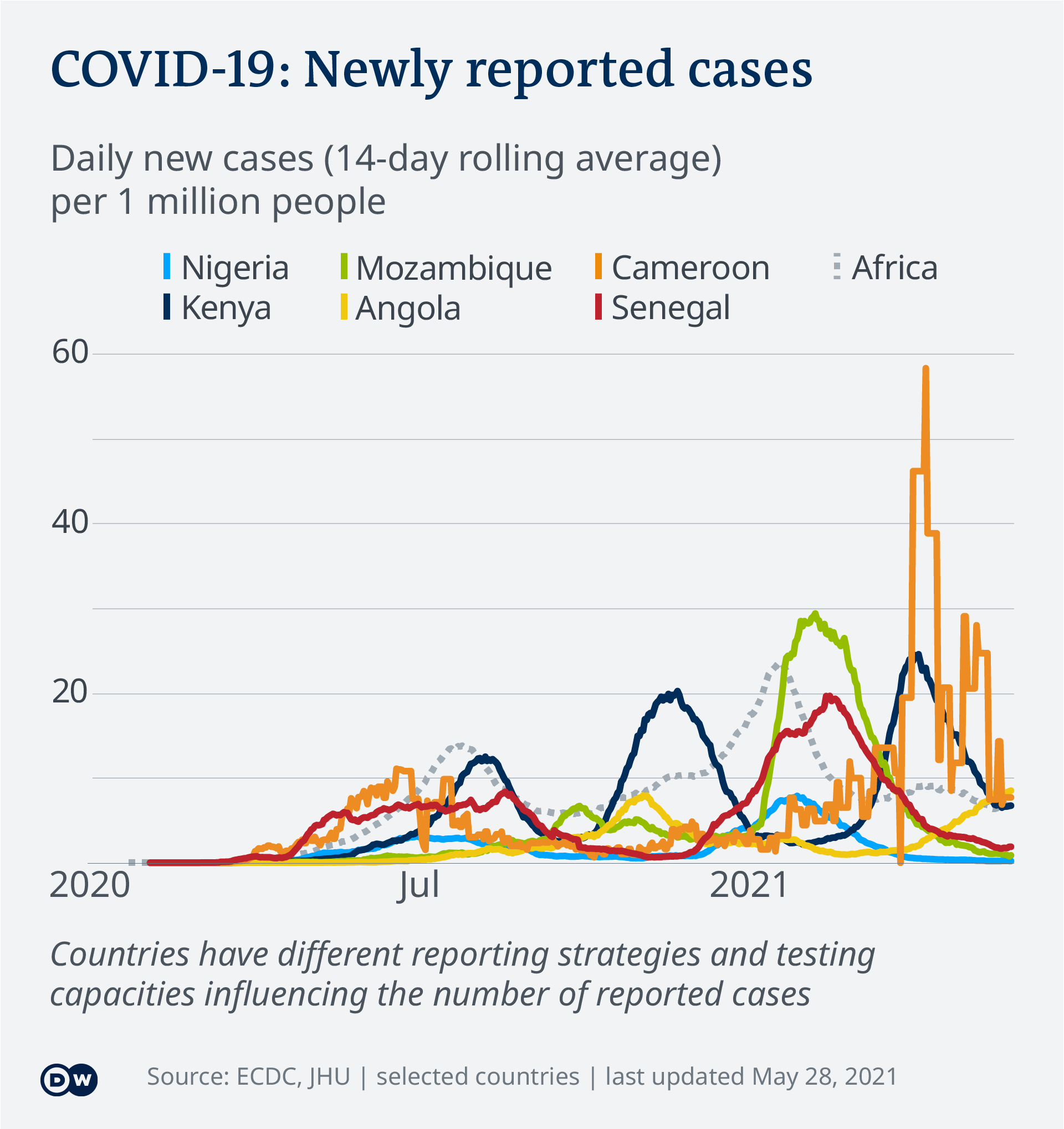 Here is a roundup of coronavirus news from the rest of the world:

"We need an additional $2 billion to lift coverage [...] up to nearly 30%, and we need it by June 2 to lock in supplies now so that doses can be delivered through 2021, and into early 2022," COVAX organizers said in a statement.

COVAX, which aims to provide vaccines to lower-income countries, is organized by the WHO and the Gavi alliance.

"If the world's leaders rally together, the original COVAX objectives, the delivery of 2 billion doses of vaccines worldwide in 2021, and 1.8 billion doses to 92 lower-income economies by early 2022, are still well within reach," the statement said.

The initiative depends on donations from vaccine makers, and its supply was severely impacted by the COVID surge in India. The Serum Institute of India is the world's largest producer of vaccines by volume, and was forced to suspend exporting vaccines during India's surge.

COVAX said it is 190 million doses short of the amount needed by the end of June.

If not addressed, "the current, urgent shortfall the consequences could be catastrophic," the statement said.

WHO believes that the pandemic would not be over until at least 70 percent are fully vaccinated. Talking to the AFP news agency, the WHO's European director, Hans Kluge, said he was worried about new coronavirus variants becoming even more contagious.

"Our best friend is speed, the time is working against us, the vaccination roll-out still goes too slow," Kluge said.

The EU's drug regulator has authorized the BioNTech-Pfizer coronavirus vaccine for children aged 12 to 15.

It is the first vaccine to be approved for younger people in the EU.

Marco Cavaleri, who heads the European Medicines Authority, said data showed the shot to be highly effective against COVID in younger teens.

The decision still needs to be rubber-stamped by the European Commission and individual national regulators.

It is the fourth coronavirus shot to be cleared for use in the UK, along with jabs from BioNTech-Pfizer, AstraZeneca and Moderna.

The British government said, however, that it would cut its order for the Johnson & Johnson shot from 30 million doses to 20 million, citing the "unprecedented scale and pace" of its immunization campaign. At least two-thirds of adults in Britain have received a first COVID shot.

Ireland is set to loosen its travel rules, which are currently the strictest in the EU, in July. The country will adopt the bloc's COVID-19 certificate scheme and use it as a model for arrivals from the US and the UK from July 19, Irish authorities said.

Irish bars and restaurants set to start serving guests indoors on July 5. Sports events are also set to resume on that day, albeit under restrictions on attendance.

Re-learning how to smell in Belgium and France

Belgium/France: Re-learning how to smell after COVID-19

Germany's Robert Koch Institute reported a further 7,380 COVID cases on Friday morning, and another 192 deaths connected to the coronavirus.

Germany's seven-day incidence rate continues to fall nationwide and now stands at 39.8 cases per 100,000 people. On Friday last week, that figure was 67.

The Netherlands is taking a "calculated risk" by letting bars and restaurants to serve customers indoors from next week, Prime Minister Mark Rutte also said people would be able to welcome more visitors at home and that museums were set to reopen. More restrictions would be lifted on June 30 if infections don't rise.

A doctor in Austria was removed from duty after allegedly reusing syringes during coronavirus vaccinations. The woman used the same syringe to vaccinate several employees of a single firm, according to the company in charge of the vaccination process, Vamed. The doctor had administrated 59 vaccine doses to the firm's employees. Vamed did not provide reasons for the apparent error.

Malaysia has announced a "total lockdown" from the start of June to contain surging infections.

The measure is expected to stay in place for two weeks, and will see the closure of all businesses, except those deemed essential. The Southeast Asian country reported almost 8,300 cases on Friday, a new daily record.

India has again reported its lowest daily COVID case rise since April 14. On Friday, 186,364 new coronavirus infections were reported in India during the previous 24 hours.

Pakistan reported its first confirmed case of an Indian coronavirus variant. The predominantly Islamic country has banned travel to and from India to avoid the spread of the variant, which is more contagious then the original version of the virus.

Turkey: Students are suffering from the strict lockdown