As India's export ban results in COVAX supplies dry up, African countries have been scrambling in a desperate attempt to find alternatives. The second shot is proving difficult. 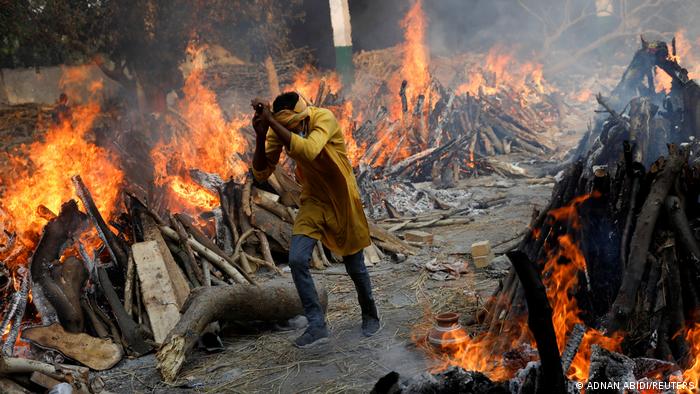 Most African countries rely on COVAX, the World Health Organization (WHO) program built to ensure poor countries have equitable access to vaccines to combat the pandemic, for their vaccine supply.

The main supplier, the Serum Institute of India (SII) produces the two-shot AstraZeneca vaccine. But increased domestic demand for doses in India, where the pandemic is currently surging out of control, has interrupted supplies being flown out for COVAX.

Ahmed Ogwell, deputy director of the Africa Centres for Disease Control and Prevention (CDC), called the AstraZeneca vaccine manufactured by the Serum Institute in India the "backbone."

"The early part of the vaccine campaigns on the continent were really anchored on the delivery of doses from the Serum Institute in India," he told DW.

COVAX has also been elbowed out of the market by rich countries striking their own deals with manufacturers, surging ahead in immunizing their citizens.

"Any country, over 20 countries, on the continent that has received the AstraZeneca vaccine is affected because they have no other way of getting the second doses," Ogwell adds.

The facility urgently needs 20 million doses by the end of June to cover the supply shortage and has pleaded with wealthy countries to donate excess doses. The Serum Institute in India paused exports in March.

"The urgent demand for vaccines in India is bad for the rest of the world,'' said Ravi Gupta, a professor of clinical microbiology at Cambridge University.

COVAX said on Monday it has struck a deal to buy 500 million doses of Moderna's COVID-19 jabs.

"Health officials have had to very quickly keep on adjusting their vaccination plans. It's not clear when the second batch of vaccine is going to come," she told DW. 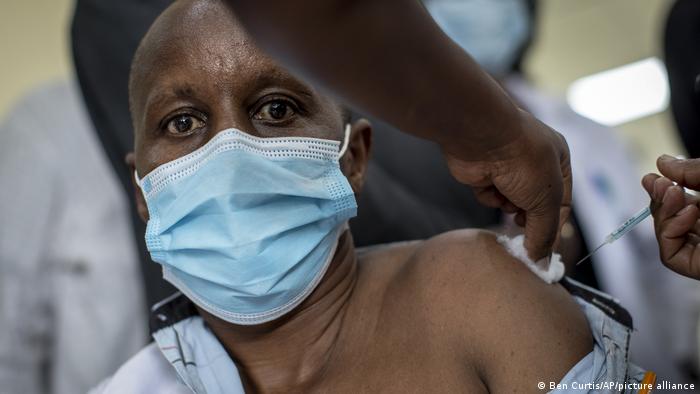 The delay has also stalled programs aimed at preparing wider populations to get vaccinated.

"Until April, COVAX expected about 114 million doses and so far, they've only received 24 million doses. By now they should have delivered 90 million more doses. It's very, very, very frustrating right now," Kyobutungi said.

Ogwell pointed out that while vaccines may be available from other sources, access to them is still difficult.

"I would not call it a disaster because there are other vaccines on the market. We look at it more as a delay because vaccines are only one part of controlling this pandemic."

"Achieving partial immunity is only a drop in the bucket," she told DW.

Faced with the uncertainty, doctors can stretch out the intervals between administering the vaccine from "3 weeks to 12 weeks," Ayi said. She added countries could also consider acquiring single-shot vaccines, such as the Johnson & Johnson inoculation.

Asked whether countries would consider mixing vaccines, Ayi said research is still being conducted on the efficacy of mixing vaccine doses.

Health experts generally agree that the mixing and matching of the vaccines granted emergency use should be safe, but no governments have officially recommended the practice.

Africa CDC's Ahmed Ogwell says discussions between the organization and the Indian government are ongoing to "at least get some of" the vaccines that were promised. The African Union has also approached other vaccine manufacturers like Johnson & Johnson, which announced last month it would make up to 400 million doses of single-shot vaccine available to Africa. However, the first shipments are not expected to arrive until the third quarter of 2021.

Kenyan political analyst Herman Manyora says that while there is exasperation in some quarters at a delay of the vaccine rollout, few in Kenya have directed anger at India, least of all the government.

"It's not surprising when you see the kind of images coming out of India," he told DW.

"You'd have to be very inhuman, very unreasonable to say anything against India, even if they stop supplying you." 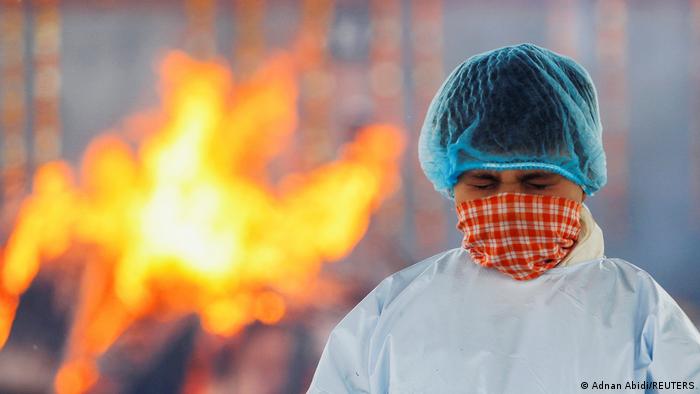 A boy reacts next to the body of his father, who died of COVID-19 in India's unprecendented surge

Manyora says Kenya's difficulty in rolling out vaccines and the public's apathy toward getting inoculated suggests that the wider population has not felt directly impacted by delays. But he hopes more Kenyans will embrace the vaccines once they are available.

"Many need to be pushed to take the vaccine, even those in the risk groups, health workers, teachers, security forces."

Meanwhile, India's "vaccine maitri" (Hindi for vaccine friendship) initiative was announced by Prime Minister Narendra Modi days after India began its nationwide vaccination campaign in January. Initially, India was lauded for sharing its vaccines with poorer countries, though some criticized the move as showmanship by Modi at the expense of Indian citizens.

A scientist in India familiar with vaccine development, speaking on condition of anonymity, said the feeling in India is not overwhelmingly negative towards the government for exporting vaccines first before rolling out immunization programs domestically.

"Yes, millions of vaccines went out of the country, but with that amount we would have hardly managed to vaccinate many more Indians, proportionately speaking," he told DW.

He did expect to see a resumption of exports in the short term, but only in "few months."

At least 1.165 billion COVID-19 vaccine doses have so far been injected worldwide, according to an AFP count. Just 0.2% have been administered in the 29 lowest-income countries, home to 9% of the global population.