The WHO approved a cocktail of monoclonal antibodies that imitate natural antibodies. The treatment first gained international attention when it was used to treat then-US President Donald Trump. Follow DW for the latest. 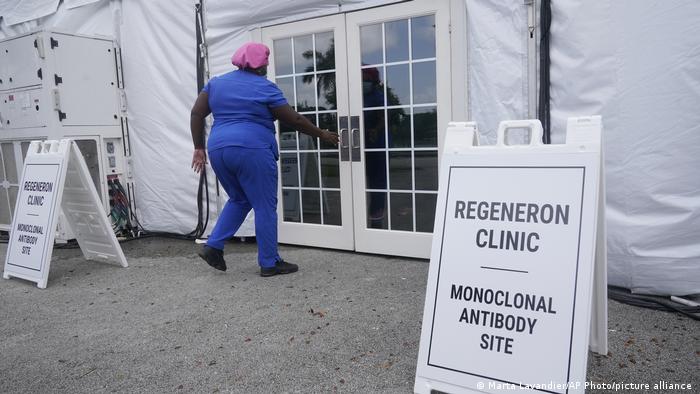 Many US states, including Florida, have been battling a surge in COVID cases

The WHO announced Friday it was recommending a cocktail of monoclonal antibodies manufactured by the US biotech firm Regeneron and marketed by Swiss pharmaceutical giant Roche to treat COVID-19 in certain patients.

The combination of two drugs, the monoclonal antibodies casirivimab and imdevimab, bind to the SARS-CoV-2 spike protein, neutralizing the virus and preventing it from infecting more cells. It is only the third treatment to be approved for treatment of COVID-19 by the WHO.

The cocktail, marketed as REGEN-COV in the US and Ronapreve elsewhere, was recommended only for certain patients, namely those who had a previous illness or are at risk of falling seriously ill from COVID-19 and facing time in intensive care.

"For all other COVID-19 patients, any benefits of this antibody treatment are unlikely to be meaningful," the WHO said.

Publishing in The British Journal of Medicine, the UN health body cited data from a large British study and three trials that are not yet peer-reviewed. The drug cocktail gained attention worldwide when physicians at Walter Reed Medical Center gave it to then US President Donald Trump when he had COVID-19. 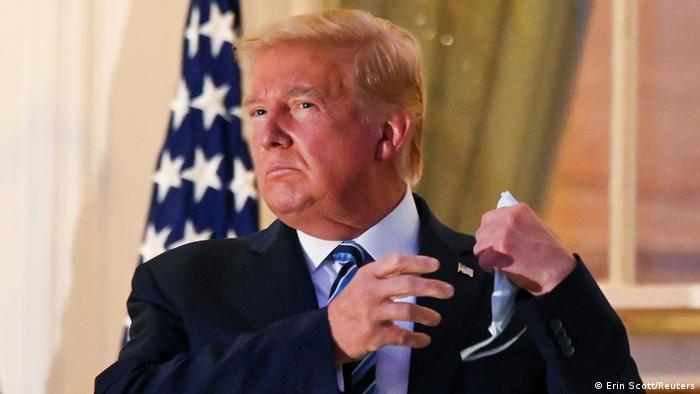 The WHO was joined by Doctors Without Borders in expressing concerns about the high cost of the treatment.

Global public health will depend on pharmaceutical manufacturers and governments working together to bring costs down, especially in the developing world, the UN health agency said, adding other agencies were involved in talks with Roche.

Japan was first to authorize its use last July. The European Union, US, India, Switzerland and Canada have already approved the drug combination for emergency use.

COVID-19 Special: The search for therapies

Japan could soon lift its emergency restrictions in most parts of the country due to improving COVID-19 infection rates, Health Minister Norihisa Tamura said. Last month, Japan was facing record infection levels and restrictions were imposed to prevent hospitals from being overwhelmed.

South Korea set a new daily record for COVID-19 cases with 2,434, beating the previous number for recorded daily new cases that the country had set last month. Physical distancing and other regulations on dining will remain in place until at least October 3.

Cambodia has canceled the Pchum Ben festival or the "Festival of the Dead," a Buddhist holiday where people pay respects to their late ancestors, due to an outbreak of COVID-19 among monks in Phnom Penh.

Norway said it will be easing most of its COVID-19 restrictions, including the requirement for serving patrons in restaurants and the 1-meter social distance rule. Eateries, bars and nightclubs will be allowed to stay open past midnight, while schools and kindergartens will return to normal.

Bosnia on Friday recorded 26 more deaths from COVID-19 infection. The country has the highest rate in Europe of coronavirus deaths, at 4.5 percent, according to Johns Hopkins University.

In Italy, the National Health Institute has recommended pregnant women receive the COVID-19 vaccines after the first three months of pregnancy, advising that the two mRNA-based shots be administered in the second and third trimesters.

Russia reported a new record daily death toll on Friday, logging 828 fatalities over the past 24 hours. The country's previously recorded an all-time high in the number of daily deaths just a day prior, with the country battling a new spike in cases. Russia currently has the highest death toll in Europe, with over 202,200 deaths due to COVID-19.