The seven-day lockdown in Auckland was announced over a coronavirus community case with no known origin. In Germany, health officials said they might change course on the Astra Zeneca vacine. Follow DW for the latest. Auckland is set to go back into lockdown after a new case of COVID-19 was detected on Saturday.

It is the second lockdown for Auckland's nearly 2 million residents in a matter of weeks.

They entered a snap three-day lockdown on February 14 after a family of three was diagnosed with the more transmissible UK variant of COVID-19.

The seven-day lockdown will go into force at 6 a.m. local time on Sunday.

"It's frustrating. I know it is," Prime Minister Jacinda Ardern said at a news conference. 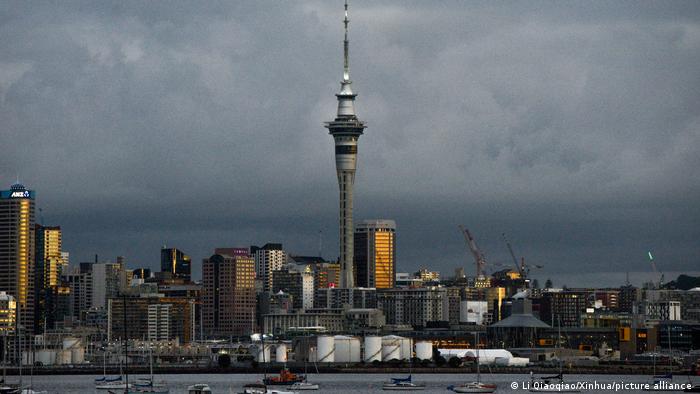 Saturday's new case has not yet been linked to the previously discovered family cluster, forcing the government to implement the lockdown, Ardern said.

According to the NZ Herald, the person infected with the case went to the doctor in the afternoon on Friday for a COVID test and then went to the gym.

The rest of New Zealand will be put under Level 2 restrictions that limit public gatherings, among other activities, she added.

The US House of Representatives has passed an enormous, $1.9 trillion (€1.57 trillion) coronavirus relief package.

It extends unemployment benefits, set to expire mid-March, by about six months, as well as a moratorium on evictions for millions of people.

A US panel of independent advisers voted to recommend the Johnson & Johnson vaccine on Friday. The panel had been set up by the Food and Drug Administration which will likely act upon the panel's advice.

Once given emergency use authorization, the Johnson & Johnson vaccine will become the third to be greenlit in the US, following the BioNTech-Pfizer and Moderna vaccines. 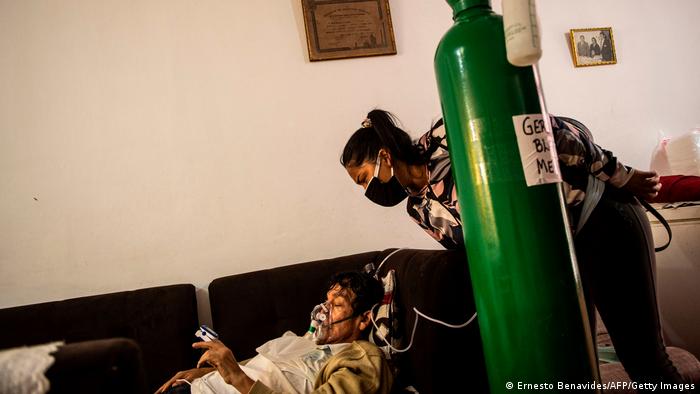 A first shipment of medical oxygen sent by Chile has arrived in Peru to help relieve a shortage for COVID-19 patients.

The shortage has hampered treatment for thousands of people.

Ecuador's health minister, Juan Carlos Zevallos, stepped down on Friday after it was revealed that his mother and several others connected to the minister had been given doses of the BioNTech-Pfizer vaccine earmarked for health care workers. The politician is now under investigation.

The Czech Republic is returning to the type of lockdown put in place a year ago when the pandemic first hit.

The country had the highest per capita infection rate in the world over the past week — around 10 times higher than in neighboring Germany. The surge has been fueled by the more contagious UK variant.

The government is planning to close all school classrooms, restrict more shops from opening, and limit travel around the country to essential trips only. 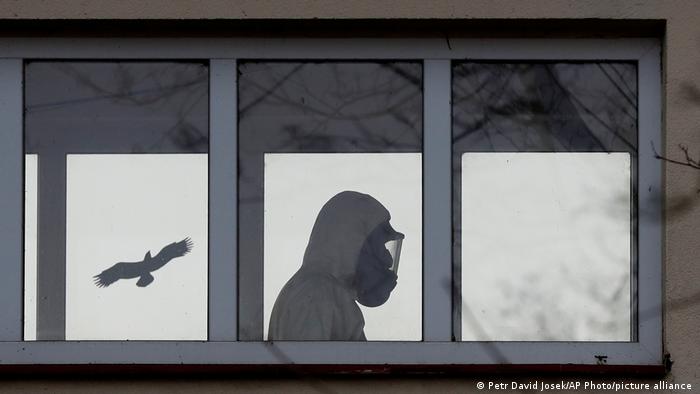 Germany's vaccine watchdog is considering revising its decision on the AstraZeneca vaccine and declaring it should be used on the elderly following new research. "It is possible and we will do it," Thomas Mertens, the head of the STIKO commission told the broadcaster ZDF. Initially, the body advised against using the product on patients aged 65 and above.

The country's Robert Koch Institute has reported 9,762 new coronavirus infections in the past 24 hours. There were roughly 600 more infections than reported the previous Saturday.

Deaths in Germany rose by 369, slightly less than the previous week. The rate of infection reached 63.8 infections per 100,000 people in the past seven days. The infection rate has plateaued after declining throughout January and the first half of February.

Denmark is running a vaccination stress test to see how many people can be inoculated in a single day. The government aims to have 100,000 people vaccinated every day once enough doses are available, a gigantic feat in the country of five million people. On Friday, over 37,500 were vaccinated.

Belgium has placed a prison under lockdown after more than half of 132 inmates tested positive.

One coronavirus patient was killed and another one injured in Ukraine when an oxygen pipeline exploded and caused a fire in a hospital. Earlier this month, a fire in a coronavirus ward killed four people in a different hospital in Ukraine.

Romania shipped 21,600 doses of the AstraZeneca vaccine to the neighboring Moldova, following the pledge by Romanian President Klaus Iohannis who promised 200,000 doses to the smaller country.

Over 500,000 doses of the BioNTech-Pfizer vaccine have arrived in Hong Kong from Germany after a two-day delay due to export procedures.

The shot provides a second inoculation option for residents in the city after the Chinese-developed Sinovac vaccine arrived last week.

The Philippines is extending partial coronavirus curbs in the capital Manila until the end of March.

The country, which is still awaiting its first vaccine shipment, has the second-highest tally of infections and deaths in southeast Asia.

South Korea's food and drug safety ministry began its procedure to review the Johnson & Johnson one-jab vaccine on Saturday after the US company submitted an application for approval.