Coronavirus digest: Delta variant could make up 90% of Europe's infections 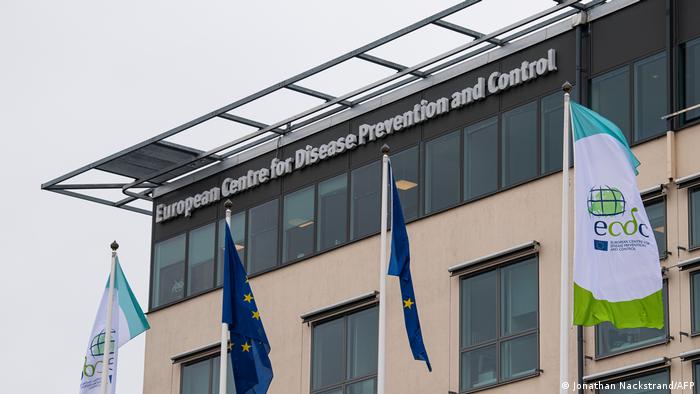 The European Center for Disease Prevention and Control (ECDC) on Wednesday said it expected the coronavirus delta variant, which was first found in India to be the dominant cause of infection in Europe throughout the summer. "It is very likely that the delta variant will circulate heavily this summer," said ECDC Director Andrea Ammon.

Ammon warned that current data suggests individuals who have only received one vaccination shot are still susceptible to delta variant infection, though said a second shot offered a high level of protection. In light of that fact, she urged people to get their second shot as soon as allowed.

The ECDC found that the delta variant is 40%-60% more transmissible than the alpha variant, which was first seen in the United Kingdom, and expects it to continue its voracious spread, accounting for as much as 70% of all European infections by early August.

"The delta variant is more transmissible than other circulating variants and we estimate that by the end of August it will represent 90%" of new cases in the EU, according to the agency.

Here's a roundup of the major coronavirus developments around the world:

The number of cases in Germany increased by 1,016, the Robert Koch Institute (RKI) announced on Wednesday.

The reported death toll went up by 51, RKI data showed. The seven-day incidence rate fell further, to 7.2 cases per 100,000 people.

German Chancellor Angela Merkel on Wednesday voiced a desire for European Union-wide quarantine rules for people arriving from areas where the delta variant has been identified as prevalent. "In our country, if you come from Britain, you have to go into quarantine — that's not the case in every European country, and that's what I would like to see," she told parliament.

Swiss Health Minister Alain Berset announced Wednesday that his country would lift coronavirus restrictions sooner than expected as infections continue to fall. As of Saturday, masks will no longer be required outdoors; restaurants, bars and discos will be allowed to open at full capacity; and large-scale events of up to 10,000 people can be attended by those with proof of vaccination. "It's a big step, a little bit courageous, and we can't get overconfident," Berset said, "We're seeking to strike the right balance."

Tokyo 2020 organizers have said alcohol at Olympic venues will be banned as part of efforts to prevent the spread of the coronavirus, the Kyodo news agency reported.

The Games are set to commence on July 23 and last for two weeks.

In China, direct flights from Shenzhen to Beijing have been suspended until at least July 1.

Preventing a third wave in India

Brazil recorded a new record number of daily infections on Wednesday with 115,228 new cases counted in 24 hours. There were also 2,392 coronavirus deaths recorded.

The South American country is the second-worst hit country globally in terms of absolute numbers of coronavirus cases, behind only the US. The total number of recorded cases reached over 18 million, but experts consider this an underestimate.

The health ministry, who announced the figures, confirmed that Brazil was in a third wave of infections.

Mexico's foreign ministry said on Wednesday that it would donate a total of 400,000 AstraZeneca COVID-19 vaccines to Honduras, Guatemala and El Salvador on Thursday. Only 3.8% of Guatemala's population has received at least one dose, while in Honduras the number is 4.9%.

The Red Cross has called for faster vaccination rollouts in vulnerable Pacific island nations as a surge in cases threatens to overwhelm Fiji's health system.

Fiji's two largest hospitals have been converted into dedicated COVID-19 facilities, with the number of infections doubling every nine days since a second wave began in April.

The situation has been a "serious wake-up call" showing the need for more urgency across the region, Red Cross Pacific chief Katie Greenwood said.

"In the Pacific, it's a critical time to ramp up vaccinations [...] we can't let our guard down," she said.

Only about 1% of Fiji's 930,000 population has been fully inoculated, and the health ministry said reluctance among citizens to get vaccinated is putting a strain on hospitals.

A group that hacked Waikato's health system has apparently released private records, documents, and information to media outlets. The media chose not to publish the information, referring the case to the police.

Coronavirus digest: North Korea tells WHO it has no COVID cases

Pyongyang has told the World Health Organization it has yet to find a single coronavirus infection. Philippine President Rodrigo Duterte has threatened to arrest people who refuse a vaccine. Follow DW for the latest.