Chinese social media and video game giant Tencent has overtaken US rival Facebook in terms of market capitalization. It's the first Asian firm boasting a market value of more than half a trillion US dollars. 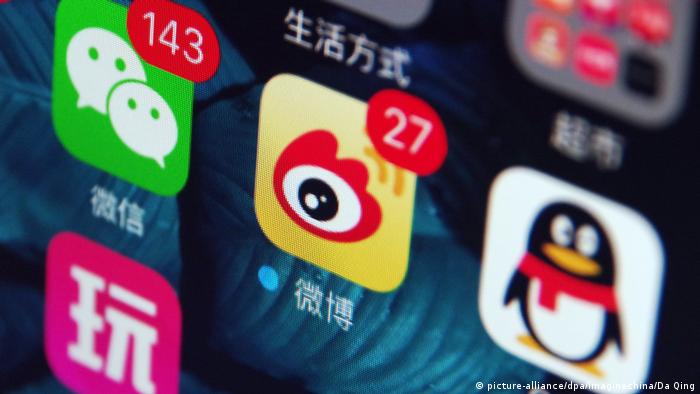 China's internet behemoth Tencent on Tuesday overtook Facebook in terms of market value as investors sent the company soaring to the top-five list of the world's biggest firms.

Tencent's shares, which are traded in Hong Kong, had already doubled in value this year as the company's earnings had repeatedly outmatched analysts' expectations.

By Tuesday afternoon, the company's market capitalization had reached the equivalent of $531 billion (€452.5 billion), surpassing the US social network's $519 billion.

Although the market movement allowed Tencent to join the big five, it's still far short of leader Apple which is currently valued at $873 billion.

Tencent has become known for its Facebook-like social media platform, numerous web portals, its messaging service WeChat and its own online payment system.

The Chinese firm has nearly 1 billion users on its WeChat phone platform alone where people can chat, post photos, play games or transfer money. The must-have app has revolutionized the country's tech industry.

Tencent's publishing-focused arm, China Literature, was spun off and listed in Hong Kong earlier this year.